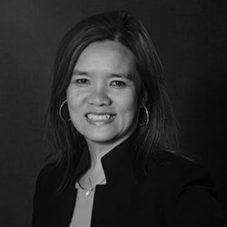 Stephanie Stobbe, an Associate Professor in Conflict Resolution Studies, is a leading expert on Southeast Asian processes of dispute resolution. As an active educator, trainer, and ADR practitioner, she has presented, worked, and conducted research in Canada, United States, South America, Europe, India, and Southeast Asia.

In 2006, she was invited to work with local citizens in the development of the first conflict resolution and peacebuilding program in Laos. Between 2007 and 2011 she completed research on traditional mediation and conflict resolution rituals in Laos. In 2013, she co-facilitated a series of seminars and workshops for political leaders in Myanmar (Burma) on institutional designs in conflict resolution, peacebuilding, and reconciliation as the country transitions to democratic governance. In 2016, she worked with the Thai Ministry of Justice on cultural community justice processes and programs.

In 2011 Stephanie co-edited a book, Critical Aspects of Gender in Conflict Resolution, Peacebuilding, and Social Movements (2011) for Emerald Publishing. Her work on Gender and Conflict Resolution led to an invitation in 2012 to join the American Bar Association team of experts to discuss “Gender-Responsive Peacebuilding: Implementing the Secretary-General’s Report on Women’s Participation in Peacebuilding,” and provide recommendations to the United Nations Development Programme, Peacebuilding Support Office as they address UN Security Council Resolutions 1325 and 1889. In that same year, she also served as a Visiting Professor/Researcher at the Matsunaga Institute for Peace and Conflict Resolution at the University of Hawaii.