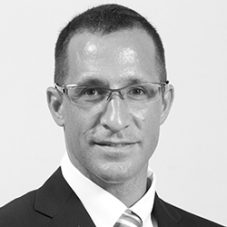 He obtained his PhD from Waseda University in International Relations 2009 and worked at the Department of Japanese Studies at the Chinese University of Hong Kong as an Assistant Professor from December 2009 to January 2014.

His recent research projects have included Sino-Japanese Relations in the Wake of the 2012 Territorial Disputes: Investigating changes in Japanese Business’ trade and investment strategy in China and Non-traditional security Cooperation in Northeast Asia. Currently he is investigating Chinese Perceptions of Japan’s Foreign Policy under PM Abe since 2012, and Middle Power Cooperation in the Indo-Pacific.

In conjunction with his research focus on Asian regional integration, in March 2010 he was appointed a Senior Fellow with the Global Institute of Asian Regional Integration (GIARI), Waseda University. He is also a member of the Hong Kong Institute of Asia Pacific Studies’ International Affairs Research Centre (IARC) at the Chinese University of Hong Kong.