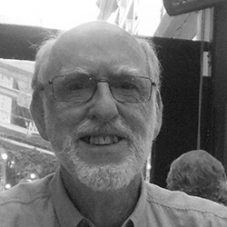 Stewart Firth is a Research Fellow at the State, Society and Governance in Melanesia Program, ANU College of Asia and the Pacific.

His most recent book is Australia in International Politics: an introduction to Australian foreign policy, (3rd edition, Allen & Unwin, Sydney, 2011), and his most recent article is on China in the Pacific Islands in the Journal of Contemporary China. He teaches Pacific Politics in the College of Asia and the Pacific.