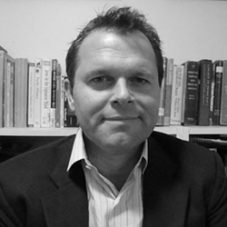 Ted is an instructor of American Government at Central Texas College, where he teaches political science for the United States Marines Corps at Camp Pendleton, California, and the Executive Director of the Foundation For California, a non-profit that delivers educational programs, exhibits and public forums throughout the United States and overseas.

Over the years, Ted has served as an advisor to the Simon Wiesenthal Center and its Museum of Tolerance, helping to coordinate their programs in Washington, D.C. and abroad.

Ted is a graduate of Claremont McKenna College and Claremont Graduate University, where he earned a B.A. in American Government as well as an M.A. and PhD in American Politics. He also studied at Soka University in Tokyo.

Ted is a foodie, jazz & GNR enthusiast. He is endlessly following US politics and the affairs of the Asia-Pacific.