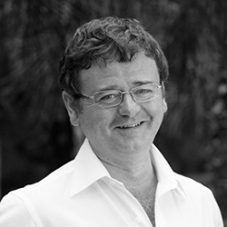 Distinguished Professor Terry Hughes is Director of the Australian Research Council Centre of Excellence for Coral Reef Studies led by James Cook University. He is an ARC Laureate Fellow and was elected Fellow of the Australian Academy of Sciences in 2001.

A recurrent theme in his studies is the application of new scientific knowledge towards improving management of marine environments.

Terry is a Thomson Reuters Highly Cited Researcher, and has been awarded many prizes, including the prestigious Darwin Medal of the International Society for Coral Reef Studies in 2008.

In 2014, he was awarded an Einstein Professorship by the Chinese Academy of Sciences, and an Honorary Doctorate degree from Universiti Malaysia Terengganu.

He was appointed reviewer of the Commonwealth’s Great Barrier Reef Outlook Reports in 2009 and 2014, and is a member of two government committees linked to the 2050 Reef Plan.