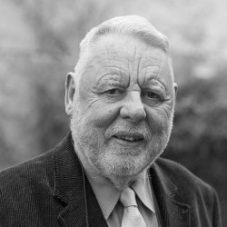 Terry Waite CBE was born in England in 1939 and worked for much of his life from a Church base, including in the areas of conflict resolution and development.

In 1980 Robert Runcie, the Archbishop of Canterbury, appointed Terry Secretary for Anglican Communion Affairs to work with churches abroad. During this time Terry played the key role in securing the release of several European and Iranian captives. He established contact with Colonel Muammar Gadaffi in Libya, where three Britons had been detained following the murder of a policewoman outside the Libyan Embassy in London, and was instrumental in aiding their release.

In 1987, Terry travelled to Lebanon to negotiate for hostages there. He was captured on 20 January 1987 and spent almost five years in captivity, nearly four of which were in solitary confinement. During his incarceration, he was blindfolded, beaten, and subjected to a mock execution. He lived much of the time chained to a wall in a room without natural light. He was finally released in November 1991.

Following his release he has written a number of books, including Taken on Trust, the account of his years in captivity and today he is deeply engaged on humanitarian causes.

Terry Waite is the Founder and President of Hostage UK.