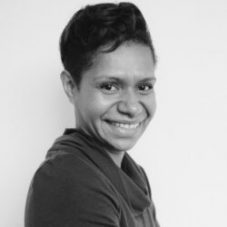 Prior to commencing her candidature with DPA in 2014, Theresa worked as a field producer and research assistant for the DFAT funded Pawa Meri film project, a partnership between the Victoria University, Melbourne and the University of Goroka in Papua New Guinea.