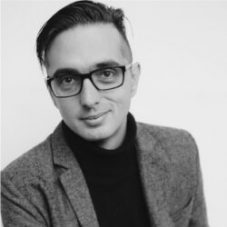 Thiago Oppermann joined DPA in 2013 as a Research Fellow. His principal research focuses on the interactions between villagers and the state in Bougainville. Core aspects of this program include characterising the transformation of indigenous kin-political and land tenure systems in response to state institutions and the cash economy; the nature and extent of villager’s participation in state institutions, especially local-level government and village courts; and the dynamics of clientelistic politics in Melanesian societies. Dr. Oppermann approaches this research using historical and ethnographic methods emphasizing in-depth field-based observation, and using analytical frameworks drawn from anthropological theory and political economy. He completed a PhD entitled Tsuhana: Processes of Order and Disorder in Halia at the University of Sydney. This project, which drew on extended ethnographic fieldwork amongst Halia language speakers in Bougainville, outlined the subtle but very deep transformation that has taken place in Halia practices of kinship and village-level political organization over a century of colonial and post-colonial impact. Dr. Oppermann has also substantial experience as an applied anthropologist working amongst Pitjantjatjara and Yankunytjatjara people in Central Australia. He is currently preparing several articles for publication.