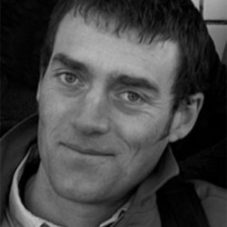 Tom Cliff is a Postdoctoral Fellow in the School of Culture, History and Language at the Australian National University.

He is one of a small team of researchers looking into “Informal Life Politics” – how people organise themselves to protect their health and livelihood from threats that may emanate from state action or the lack of state action – in Northeast Asia. The role of the informal institutions of family and enterprise in responding to economic uncertainty and social anomie in China are the focus of Tom’s part of the project.

Tom has conducted long-term fieldwork in Xinjiang, and has written on the aesthetics, histories, and social and political roles of the Xinjiang Production and Construction Corps and the China National Petroleum Corporation. He is currently finishing a book on experiences of being Han in 21st-century Xinjiang.