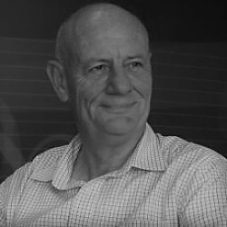 Tim Costello is one of Australia’s best known community leaders and a sought after voice on social justice issues, leadership and ethics. Tim is a Baptist minister and the Chief Advocate of World Vision Australia.

For 13 years until October 2016, Tim was Chief Executive of World Vision Australia, placing the challenges of global poverty on the national agenda.

Tim chairs the Community Council for Australia and is a member of the following: the Multi-Stakeholder Steering Committee of the EU-Australia Leadership Forum; Australian National Development Index; Concern Australia Advisory Group and the Campaign for Australian Aid.

Tim is a founding board member and spokesperson for the Alliance for Gambling Reform, which campaigns for law reform to prevent harm from poker machine gambling.

In earlier roles Tim was National President of the Baptist Union of Australia and Mayor of St Kilda. He has been Baptist Minister at St Kilda Baptist and Collins Street Baptist in Melbourne, as well as Executive Director of Urban Seed. In these roles he spearheaded public debate on problem gambling, urban poverty, homelessness, reconciliation and substance abuse.

Initially Tim studied law and education at Monash University, followed by theology at the International Baptist Seminary in Rueschlikon, Switzerland. He also received a Masters Degree in Theology from the Melbourne College of Divinity.