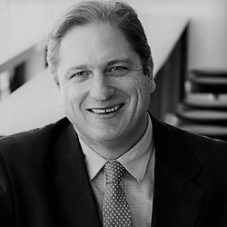 Tim Harcourt is Professor of Practice at the University of New South Wales. His best-known book The Airport Economist is an international business bestseller and has been translated into several languages and television projects around Asia.

Tim also teaches International Business strategy in Asia and Latin America and is a visiting Professor at the Pontificia Universidad Catolica in Chile.

Tim is an active economics commentator in the Australian, Asian and international media on economic and trade issues.

Tim was Chief Economist of the Australian Trade Commission (Austrade) for over a decade and also worked for the Reserve Bank of Australia and the Australian Council of Trade Unions and in the corporate sector internationally.

Tim has also been the Adviser – International Engagement to the Premier of South Australia, Hon Jay Weatherill, MP and Expert Panel Member – Minimum Wage and Superannuation Funds review, for the Fair Work Commission. He has been an economic adviser to 3 Federal Cabinet Ministers and 2 Premiers.