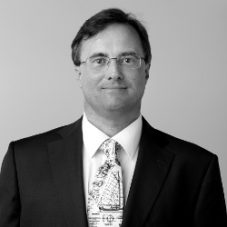 Timothy Leighton is Professor of Ultrasonics and Underwater Acoustics within the Institute of Sound and Vibration Research at the University of Southampton, UK. He is an Academician of three National Academies: the Royal Society, the Royal Academy of Engineering, and the Academy of Medical Sciences.

He graduated in 1985 with a Double First Master of Arts (Physics and Theoretical Physics) and, in 1988, a PhD, both from the University of Cambridge.

He has won 8 international medals, and 6 awards for invention. The citation of the 2006 Paterson Medal of the Institute of Physics states that “Timothy Leighton’s contribution is outstanding in both breadth and depth. His is an acknowledged world leader in four fields”.

In 2017 the Royal Society announced its award to him of the Royal Society Clifford Paterson Medal, the citation being “for translation of his fundamental research into acoustics and its application in many areas including anti-microbial resistance, mine detection, foetal scanning, catastrophe relief, climate change and marine life”.