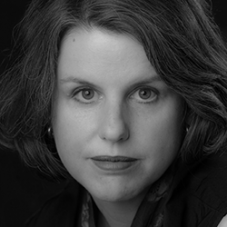 Tracy Bourne is a singer, singing teacher, writer and director, and is Artistic Director of SEAM (Sustainable Environment Arts Movement) Inc, an organisation that aims to engage people with the issue of climate change through community art and performance projects.

She originally trained as a classical singer and then went on to study acting at the Victorian College of the Arts (Company 93). She worked professionally in new opera and theatre work in the 1990s and moved to Ballarat in 2000 to take up the position of Lecturer in Singing at the University of Ballarat, now Federation University. In this role, she trained many music theatre performers who have since worked professionally in Australia and overseas.

In 2016, Tracy moved to Bungendore, establishing a busy freelance teaching practice and private studio for singers of all ages in Canberra and Bungendore. In the same year she completed her PhD on the physiology, acoustic and perceptual features of the music theatre voice in male and female singers through the Sydney conservatorium. She has recently taken up the role of Director of Music at Radford College.

Tracy has continued writing, directing and performing new music theatre work, alongside her teaching career. In 2018, she premiered the role of Caroline in Exclusion by David Atfield at The Street Theatre, Canberra. She has recently been awarded funding from ArtsACT to undertake creative developments of two new music theatre works; Finale and Sheila.