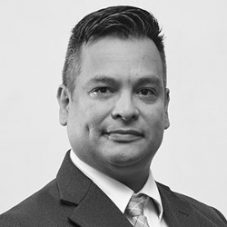 Associate Professor Ulises Granados is coordinator of the Asia Pacific Studies Program (PEAP) in the Academic Department of International Studies, as well as a researcher of international relations and Asian studies at the Instituto Tecnológico Autónomo de Mexico ITAM in Mexico City.

He has worked as instructor at several Japanese universities, as full time Associate Professor at the University of Tokyo, and as news anchor at the international service NHK World in Japan. Associate Professor Granados is the author of academic books and articles, he is a regular news analyst on Asian events for mass media, including AFP, CNN, BBC, Radio France Internationale, Xinhua, People’s Daily and China Daily, among others.

Overseas, he is a regular participant at international conferences and has participated in special courses and executive conferences at numerous venues including East China Normal University in Shanghai, Hokkaido University in Japan, the U.N. Economic Commission for Latin America and the Caribbean in Chile, the Diplomatic Academy of Vietnam, the Foreign Service Institute in the Philippines, as well as the Institute of Oriental Studies at the Russian Academy of Sciences. He holds a B.A. in International Relations, an M.A. in Asia and Africa Studies, and a Ph.D. in History (The University of Tokyo).