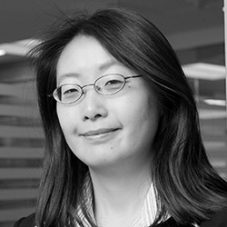 Yuki Tatsumi is Senior Associate of the East Asia Program at the Stimson Center in Washington, DC. She is also a non-resident senior fellow at the Canon Institute for Global Studies in Tokyo, Japan.

She is a co-author of Global Security Watch: Japan (Praeger, 2010), an author of Opportunity out of Necessity: Impacts of US Defense Budget Cuts on the US-Japan Alliance (Stimson, 2013), and Japan’s National Security Policy Infrastructure: Can Tokyo Meet Washington’s Expectations? (Stimson Center, 2008).  She also is an editor of several books, including US-Japan-Australia Security Cooperation: Prospects and Challenges (Stimson, 2015), Japan’s Global Diplomacy: View from Next Generation (Stimson, 2015) and Japan’s Challenges in East Asia: View from Next Generation (Stimson, 2015).