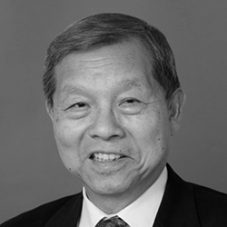 His research focuses on China’s economic and financial prospects and its regional and global impact.  He was an advisor to the World Bank team that prepared the joint Chinese Government -World Bank “China 2030” report.

Dr Huang has published widely on development issues affecting China.  He is a featured commentator for the Financial Times on China and his articles are seen frequently in other major western media such as the Wall Street Journal, Bloomberg, Foreign Affairs, and New York Times as well as in China including Caxin and China Daily.

His recent books include East Asia Visions which addresses future prospects for the region and Reshaping Economic Geography in East Asia which analyses how the growth patterns in East Asia have been shaped by spatial and economic factors.

He is currently writing a book on “Why do views differ so much on China’s economy.” He has a PhD in economics from Princeton University and a BA from Yale University.