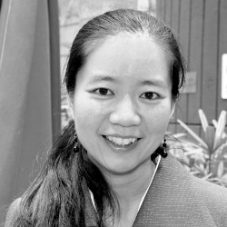 Yvonne Chiu is a visitor and former member at the Institute for Advanced Study in Princeton, New Jersey, and director of The Panopticon Foundation. She has been an assistant professor of politics at the University of Hong Kong and a post-doctoral fellow with the Political Theory Project at Brown University.

Her research interests include international justice and law, transitional justice, civil-military relations and democratic theory, just war theory & military ethics, Western and Chinese just war theory and military ethics, and contemporary moral and political philosophy. She has published in top political science and philosophy journals, is currently working on book manuscripts on cooperation in modern warfare and soft authoritarianism in East Asia, and contributes to major media outlets, including Agence France-Presse, BBC, CNN, Forbes, and Time, among others.

She received her PhD and MA in Political Science from the University of California at Berkeley and holds an AB in International Relations from Stanford University.