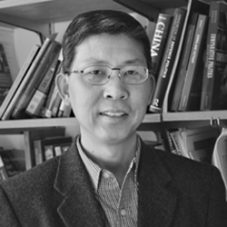 Zhiqun Zhu is Professor of Political Science and International Relations and the inaugural Director of the China Institute at Bucknell University in USA.

In the early 1990s, he was Senior Assistant to Consul for Press and Cultural Affairs at the American Consulate General in Shanghai.