Back to the future

Are we at risk of repeating past mistakes in child protection policy?

A failure to learn from past mistakes in child protection policy means we risk repeating them, writes Valerie Braithwaite with Nathan Harris, Sharynne Hamilton, Mary Ivec and Linda Gosnell.

Child protection weighs heavily on the conscience of our nation.

We have developed something of a tradition for saying we are sorry for failing to protect children. Or to put it more accurately, for thinking we are doing what is best for children, but realising much later that we have acted unwisely.

Our past mistakes read like a bad rap sheet; the stolen generations, the forgotten Australians, forced adoptions, and our century-long shaming of women for giving birth outside marriage. 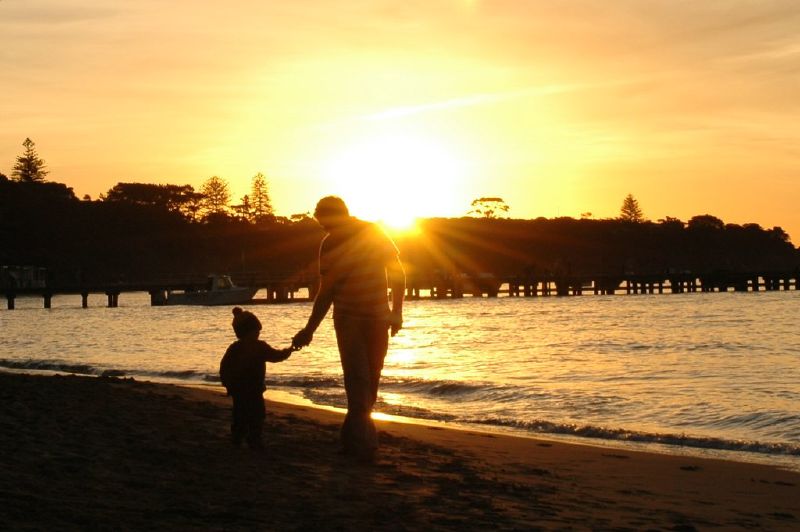 This time it takes the form of removing at-risk children from families through coercive adoption processes, and protection authorities.

As the number of children coming to the attention of child protection authorities increases, government appears keen to shift responsibility for the care of the children they remove to private citizens through adoption.

New South Wales has led the way through passing legislation to make adoption easier, and Prime Minister Tony Abbott has committed his government to lifting the ‘red tape’ that slows down the process of adoption.

Adoption is an important pathway to providing children with safe and loving environments, often outside the child protection system, and can be done with the goodwill of all parties.

But the evidence we have available suggests that this new emphasis on the use of adoption by child protection authorities has not started well. The institutional path for fast-tracked open adoptions is being progressed on the back of the same old rhetoric of scandalising and stigmatising families, and by association, their children.

The Australian historian and social researcher, Professor Shurlee Swain, has highlighted how stigmatisation leads to pressure being placed on those most vulnerable in our society to relinquish their babies for adoption.

The collateral damage to mothers, fathers and children from this stigmatisation can be immense, and it can also prevent biological parents from receiving the support they need to stop putting their children at risk.

But it is government that often leads the way in harm creation by refusing to honour the rights of those belonging to these groups who are labelled as ‘undeserving’ of the privilege of parenting.

Once authorities have armed themselves with moral superiority, many of the ‘undeserving’ are dealt with harshly. The community turns against them. It becomes hard to advocate for even the most worthy cases. We turn away.

A slippery slope ensues; a pathway for a minority of mothers and fathers who should be separated from their children is applied to many more for whom separation was never warranted.

Then there is the problem of how these situations are dealt with by government, and the authorities they charge with protecting children.

Child protection authorities (CPAs) have invested in bureaucratisation more than skill development and building relationships with families and communities.

Assessment protocols, tougher laws, mandatory reporting, contracting and monitoring, and exhaustive documentation and legal processes—they all make today’s child protection agencies powerful, police-like institutions. They have power to disrupt lives, but too often are not sufficiently resourced or connected to communities to rebuild them.

Child protection agencies currently have too few friends and too little influence to bring improvements in the lives of children. Improving coordination between government and service providers has been consistently recommended in Australian child protection enquiries, which in number are now approaching the half-century mark.

In 2011, we undertook an online survey of third parties working alongside CPAs; it produced staggering findings on just how poor their relationships were. Only 28 per cent expressed trust in CPAs, with police most likely to see CPAs as trustworthy (58 per cent), and welfare workers least likely (18 per cent).

When third parties were asked about their cooperation with CPAs, almost half (47 per cent) expressed active resistance. Only 43 per cent were willing to defer to CPAs judgements.

Interestingly, 99 per cent expressed support for the mission of CPAs; they just objected to the way they went about their work.

These findings raise questions about CPAs capacity to make wise decisions about the separation of children from their families.

Highly appropriate and highly inappropriate interventions are par for the course in child protection.

For the child protection worker, it is not clear where harm lurks. Most children are enmeshed in networks of care and love. Addressing harm and neglect is a responsibility that governments should and do take seriously.

But removing children permanently from family networks reduces harm of one kind, while inflicting harm of another kind. The loss of a parent’s love is no small thing.

Supporting and empowering these networks is likely to prove far more productive than increasing the power of authorities to monitor, direct and coerce adoption.

Whether adopted from birth or living in out-of-home care, children eventually return to their families, seeking answers. It seems that the ‘lost love’ of parents and children haunts for a lifetime.

This means that adoption cannot be a decision made by authorities on the basis of a set of rules and performance based indicators.

Adoption is a decision that has to be made by parents, families and communities, with trusted service providers and case workers to lend support, with extensive deliberation, and with plans laid to ensure that the best interests of the child remain the priority throughout the child’s life.

It may also prevent yet another Australian apology to parents and children forcibly kept apart.

Professor Valerie Braithwaite is an Australian National University (ANU) Public Policy Fellow in the ANU College of Asia and the Pacific, and leads the Capacity Building Research Group.