Australia needs to balance regional economic interests against potential security challenges if it is to prosper in the Asian century, writes Amy King.

Since the end of the Second World War, Australia’s security policy towards Asia has moved at a different pace to our economic policy.

At times, such as in the immediate post-war decades, this has produced a divergent view of the region. At other times, our economic and security planners have converged.

In the first three decades after the Second World War, this divergence between economic and security policy was most obvious in Australia’s policy towards Japan.

Trade Minister Sir John ‘Black Jack’ McEwen was an early champion of closer economic ties with Japan. In 1957, amid high levels of post-war anti-Japanese sentiment within the Australian community, McEwen ushered in a bilateral trade agreement between the two nations. 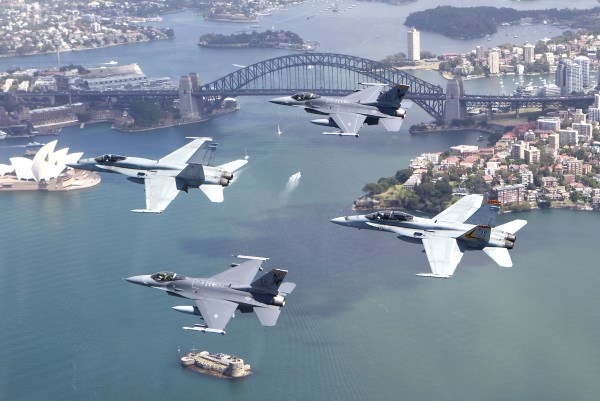 By 1975, Japan would be responsible for one-third of Australia’s total trade. Today it is our second largest trading partner.

This divergence between economic and security policy towards Asia shifted in the 1980s and 1990s when the Hawke-Keating Government came to power. Australia’s security planners began to conceptualise the regional security environment in highly economic terms. This was partly the result of global trends at the end of the Cold War.

With the collapse of the Soviet Union and no sign of renewed ‘hot wars’ in Asia, academics and politicians alike envisaged a ‘new world order’ in which the prospect of a major power war appeared remote.

Asia was now considered critical to Australia’s economic prosperity and its security.

This convergence continued during the Howard era. A combination of skilful diplomacy, and a lack of pressing traditional security challenges, meant that the Australian Government could benefit from economic prosperity in Asia and a relatively stable Asian security environment.

During Prime Minister John Howard’s tenure, Australia enjoyed the immense prosperity brought about by China’s economic growth and its increasing demand for Australian raw materials, without having to think very hard about how China’s rise would affect Asia’s security environment.

In this relatively benign environment, Australia’s economic and security policies towards Asia appeared to be working in harmony.

At the end of the 21st century’s first decade, however, Australia’s economic policy towards Asia has once again begun to drift from our regional security policy.

While economic planners remain optimistic about the opportunities for Australia in the Asian century, Australia’s security planners are far more pessimistic. Prime Minister Abbott’s April 2014 visit to China, Japan and Korea reflects this.

Abbott was accompanied by hundreds of business leaders and officials, eager to capitalise on Australia’s long-term economic ties to the region as well as new free trade opportunities.

But the Prime Minister also arrived in Asia at a time when the region is troubled by territorial disputes, popular nationalism, and military modernisation.

As the Abbott government drafts its new defence white paper, and forges ahead with free trade agreements and other economic partnerships in the region, it must ensure that its economic planners are talking to its security ones.

Otherwise we risk returning to the post-war decades when there was only a fragile consensus in Australia’s policy towards Asia.

Yet allowing economic concerns to take precedence over security concerns—the approach taken during the Hawke-Keating years—would be a similarly dangerous approach. Asia faces a range of pressing security challenges, and so far economic interdependence has been unable to fully constrain the behaviour of Asia’s great powers.

Fortunately, we are not the only country in the region grappling with these new policy demands. Australia must pay closer attention to how states in the region, including allies such as the United States, envisage their relative economic and security interests, and the implications of this for Australia.

Australia does not need to ‘choose’ between our economic and security interests. But we do need to better understand how these different areas of policy are connected.

A more detailed version of this argument can be found in Dr King’s forthcoming publication: ‘Australia and Northeast Asia’, in Brendan Taylor, Peter Dean and Stephan Freuhling (eds), Australia’s Defence in 2014: Towards a New Era?, Melbourne University Press, 2014.

Dr Amy King is a Senior Lecturer in the Strategic and Defence Studies Centre at ANU.