After decades of sex-selective abortion in favour of boys, the ratio of men to women in parts of rural China is highly distorted

Many men in rural China remain unmarried as they significantly outnumber eligible women, and it’s unlikely the relaxation of the One Child Policy will change this, Kim Xu and Heather Booth write in the second of two complementary articles.

In a remote mountainous village of Paifang in China’s southwestern Guizhou province, residents lament the scarcity of weddings in recent years. Like many poverty-stricken rural areas in China, Paifang has a high proportion of ‘bare branches’, a Chinese term for men who are single and are unlikely to find a wife in the future. In Paifang 282 men are ‘bare branches’—in the small village of only 2,249 residents, they account for over 20 per cent of the total male population.

The cause of the village’s ‘bare branch problem’, according to a village cadre, is the high male-to-female sex ratio. After decades of sex-selective abortion in favour of boys, the sex ratio in Paifang is highly distorted: 135 males of all ages to 100 females of all ages. To make matters worse, many of the village’s women moved out of Paifang to marry men in more prosperous areas. The men left unmarried are, with few exceptions, the village’s poorest and least educated.

In recent years, highly skewed sex ratios and soaring numbers of ‘bare branches’ have become pervasive features of rural China. A survey conducted by Xi’an Jiaotong University in 2010, which covered 256 villages in China’s 20 provinces, revealed that the average village sex ratio was 122 and that there were nine unmarried older (aged 41 years on average) males per village, amounting to three per 100 households. The villages with the highest ratios of bachelors were found to be concentrated in China’s least developed western provinces, including the province of Guizhou.

The root cause of China’s increasing numbers of bachelors goes back a generation or so. Sex-selective abortion has been widely practiced in China since the 1980s as a result of the country’s longstanding preference for sons, and the introduction of the One Child Policy in 1979. This led to an alarming difference in the numbers of male and female births. In the early 1980s, the sex ratio at birth in China (the number of boys born alive per 100 girls born alive) was 108, which was only slightly higher than the normal range of 104 to 107. By 2010 the ratio had grown to a staggering 118.

Children born immediately after the One Child Policy have reached marriageable age and the males among them have inherited the problems of the skewed sex ratio at birth. One study estimates that between 2010 and 2020 there will be an annual increase of one million males who cannot find a spouse.

In China, women tend to ‘marry up’. They prefer to choose men who are more educated, earn more income and are generally better off than themselves. As a result the male marriage ‘squeeze’ has fallen disproportionately on men in the lower socioeconomic stratum. Owing to the shortage of women, it is easier for rural women to escape poverty by marrying men in more prosperous areas. Large-scale female marriage migration has often led to a concentration of older unmarried males in remote places with harsh economic and living conditions, as the Xi’an survey found. 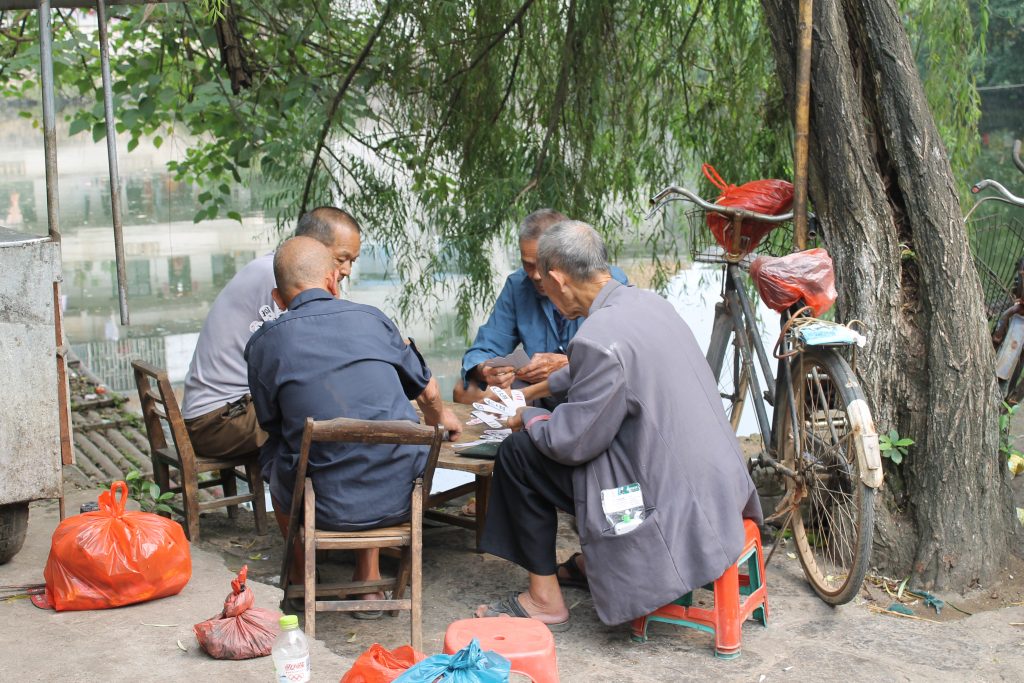 As their presence in the rural landscape has grown, ‘bare branches’ have increasingly attracted the concern of China’s policymakers. In January 2007, the Central Committee and State Council issued a report saying that the imbalance in the marriage market amounted to a hidden danger for society, and will affect social stability. The government’s anxiety over the surplus men is more or less buttressed by a growing body of research linking marginalised single men to the likely spread of violent crimes, prostitution, sexually transmitted diseases and the trafficking of women. A number of studies have drawn a connection between the historical outbreaks of peasant rebellion in China and surplus males.

In more recent years, there have been growing numbers of reports on the proliferation of underground networks engaged in the long-distance purchase and sale of girls and young women. Further, the potential for an HIV/AIDS epidemic of unprecedented scale is increasing, as the surplus men migrate to cities for sex with commercial sex workers, risking contracting and transmitting the virus.

Partly in the hope of alleviating the male marriage squeeze, the Chinese government began to relax the One Child Policy in favour of a Two Child Policy. This will not, of course, increase the marriage prospects of China’s current bachelors. Nor is it likely to alleviate the male marriage squeeze for future generations if the one-child norm persists and son preference remains strong, such that sex-selective abortion continues to be practiced.

In 2013, the ruling party reiterated its tough stance on the issue of gendered abortion. But if the past is any indication, a legal crackdown will not deter couples eager to have a son from aborting unwanted female foetuses. Indeed, without a change of attitude regarding son preference, the advent of the Two Child Policy is unlikely to normalise China’s sex imbalance.

For now, China’s sons must live with the collective actions of their parents. It is ironic that son preference has served only to disadvantage the sex it purports to favour.

Kim Xu is a Phd candidate at the School of Demography, The Australian National University.

Heather Booth is Associate Professor of Demography at the Australian National University, and Associate Investigator of the ARC Centre of Excellence in Population Ageing Research (CEPAR).