Asia and the Pacific Policy Society Fellow Sri Mulyani Indrawati has had a distinguished career in academia and policy-making. She tells Belinda Thompson about some of the challenges facing both of those worlds.

Indonesia’s ‘Arab Spring’ in the late 1990s led Sri Mulyani Indrawati from academia to becoming a rising star and now a recognised celebrity of the policy-making world.

Mrs Indrawati’s rise corresponded with a seismic shift in Indonesia’s political system. Moving from a closed, autocratic government system to an open democracy, the government needed capable and credible leaders with a fresh perspective and no historical baggage.

The Java-born economist was an executive director on the board of the International Monetary Fund in 2004 when she was selected to become Indonesia’s Finance Minister by President Yudhoyono.

As a newly-minted Finance Minister – the first female in this position and youngest ever in Indonesia – she had to tackle entrenched corruption inside and outside her own ministry and navigate the fallout from the global financial crisis in 2008.

“We knew we really needed to improve revenue, had to strengthen anti-corruption measures, implement checks and balances, and invest in technology to prevent or reduce corruption.” 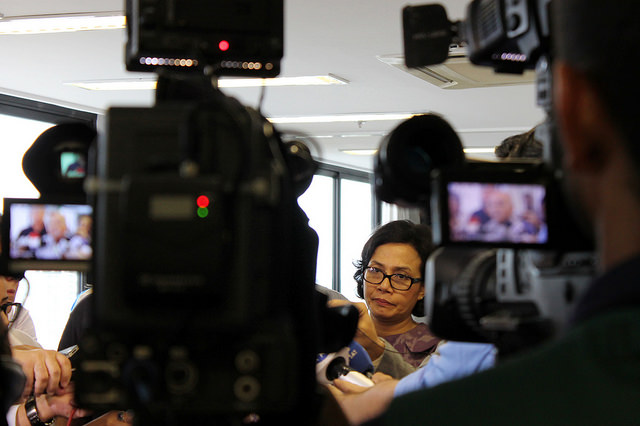 Back in 2006, she had to cut Indonesia’s generous fuel subsidies to curb a ballooning deficit. It was an action that presented a classic gap between what was academically right to do, and one which would be unpopular with voters and require the policymaker’s willingness to handle trade-offs and risks.

Cutting subsidies would increase the cost for transport and cooking fuel, putting pressure on millions of Indonesians living at or below the poverty line. The shock of a price increase would be disproportionately felt by this group.

“I knew that we had to protect and compensate the poor, the potential losers of this policy,” she said.

“The academic world could provide us with tools to identify the poor. They recommended 16 indicators to measure who would be eligible for targeted assistance to cushion the blow of the price hike. But when you implement that in the real world, it can happen that one family will be classified as poor while the neighbour next door is just slightly better off and will be excluded from the benefits,” she said.

“As policymakers we had to face that reality and try and address it. You have to deal with dilemmas.”

Another major challenge was the diversity in the capacity of local governments in the 34 provinces that make up the Indonesian archipelago.

“When you’re looking at a policy, one aimed at improving health services for example, but each local government’s capacity is different, you have to take this into account,” she said.

“You can have good intentions, but it can be difficult to turn them into benefits for the people.

“You have to understand the institutional, political, cultural and societal barriers.  In the policy-making world you often can’t have the ‘first-best’ policy; realities often won’t let you have even the second best; sometimes it’s the least-worst option and you have to deal with that. You still have to make a decision and make the best of it.

Before becoming a Minister, Mrs Indrawati had an established academic career; she had been a faculty member at the University of Indonesia and Visiting Professor at the Andrew Young School of Public Policy at Georgia State University.

“As an academic it is rewarding when you are able to influence the thinking or priorities of government,” she said.

“You usually have a clear sense of the objective, a certain idea of what needs to be done. But the policymaker is not working in a simple one-dimensional world; they have to achieve many goals.

“The dynamic political, economic, cultural and behavioural context is not always reflected in the academic world. That is really the most important difference.” 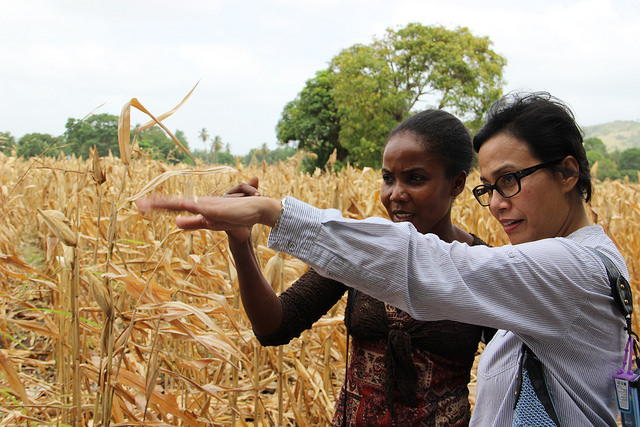 Now the World Bank’s Chief Operating Officer and one of two Managing Directors, second only to President Jim Yong Kim, Mrs Indrawati said she made the move into policy-making to help her country’s transition to democracy.

Going from the challenges of designing and implementing policy across Indonesia to governance and agenda setting in a multilateral organisation has some significant differences.

“The context is different, the scope and the scale are different. At a local or national level, the shareholders are the people who elected you and you have to deliver your mandate to those people,” she said.

“For policy and policy-making priorities in multilateral organisations like the World Bank, the shareholders are different. They comprise 188 countries, all of them are at different political and development levels.”

Mrs Indrawati views an ongoing dialogue between academics and policymakers as essential to ensure the best policy outcomes.

“We need to exchange ideas and points of view. What are the policy goals? How to implement them? What reality do the policymakers have to face?” she said.

So, having made a highly successful transition from academia to the government, what advice would she offer young academics?

“You must thrive for academic and technical excellence,” she said.

“But while that is necessary, it is not sufficient. You need to equip yourself with new perspectives, be pragmatic and flexible without compromising your integrity.”

Mrs Indrawati’s star continues to rise; her ability to combine the academic and policy worlds now recognised on a global stage.