Collaboration on decarbonisation is a chance for Australia and Japan to exercise leadership, protect the region’s climate, boost security, and prepare the relationship’s future, Llewelyn Hughes and Richard Andrews write.

Foreign and diplomatic policy has been front and centre for Australia’s new Labor government. New Prime Minister Anthony Albanese hardly drew a breath before flying to Japan to meet the leaders of the United States, Japan, and India – the countries that, with Australia, form the Quadrilateral Security Dialogue.

Foreign Minister Penny Wong returned from that trip and immediately headed to Fiji as part of an emerging re-engagement strategy in the Pacific region before she and the Prime Minister again headed off, this time to Indonesia.

Australia’s renewed focus on climate policy was a key theme across their various meetings, sending a clear signal that the Labor government understands the issue’s importance not only to the natural environment, but also to the regional security environment.

The combination of this new alignment of targets and the two countries’ shared strategic concerns creates a significant opportunity to deepen Australia’s crucial bilateral relationship with Japan, while helping to drive the low-carbon energy transition in both countries.

Under the previous Morrison government, Australia and Japan agreed to the Japan-Australia Partnership on Decarbonisation through Technology, and the Australian Government continues to work closely with Japan on a range of issues related to energy goods and services. Hydrogen and associated energy carriers such as ammonia are proving a new and fruitful area for bilateral collaboration.

At the recent Australian Hydrogen Conference, sessions on how to develop trade and investment between Japan and Australia in hydrogen were packed.

This shows that business and government in both countries can see an opportunity for the use of hydrogen to reduce emissions.

There is a lot that needs doing, including addressing the nature, timing, and scale of possible offtake agreements, assessing interest in providing investment capital in new projects and understanding the speed with which Japan realises its commitment to using more hydrogen within its domestic economy.

They must also get public policy right to ensure increased use of hydrogen leads to a reduction in greenhouse gas emissions in both countries. This includes the crucial issue of measuring and accounting for the emissions embedded in hydrogen.

There is a bigger and broader energy transition agenda that Australia and Japan can engage in together too – one that utilises the competitive advantages both bring to bear. There are three areas of potential near-term interest.

First, Australia and Japan have a decades-long partnership in trade and investment facilitating the production of steel. Emissions from steel production represent roughly eight per cent of total global emissions, and both governments now have the opportunity to collaborate to implement decarbonisation strategies for steel-making processes.

Second, Australia and Japan are increasing their share of electricity generated using renewable sources of energy, such as solar photovoltaics, and onshore and offshore wind. Japan is doing this at the same time it is building competitive electricity markets. Australia has deep experience managing low-carbon transition in its electricity markets that it could share with Japan.

Third, Australia and Japan also have a shared interest in supply chain diversification for primary resources that will be crucial in the energy transition. The two countries already have experience working together through Japan’s investments in Australian deposits of rare earth elements, but more can be done.

The benefits of further and deeper cooperation also reach beyond the bilateral.

The magnitude of Australia-Japan energy trade is enormous. If the scale of current energy trade were replicated for decarbonised fuels and products, it would be a systemic shift with implications for the whole region.

Collaboration would allow Australia and Japan to exercise leadership and influence that could enhance not only prosperity but also the region’s security, building the foundations of an open, rules-based trade in clean energy for the region, and protecting the climate.

While the government’s role is important, to maximise the chances of success it must also involve the business community, through initiatives like the Australia Japan Business Cooperation Committee’s Clean Energy Transition Committee. The research community will also play a crucial role in developing any shared agenda on energy transition. 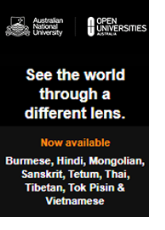 ne mechanism that could be considered to assist in developing this agenda is a bilateral energy transition council.

There is already a model for how this might operate. Since 2016, Japan and Germany have been creating a shared understanding of the challenges and opportunities associated with the energy transition through the Germany-Japan Energy Transition Council.

A similar mechanism could build networks between the next generation of Australian and Japanese people committed to continuing to build on the past, and achieve a shared clean energy future.

Llewelyn Hughes is a researcher at Crawford School of Public Policy, The Australian National University (ANU). His research focuses on the governance of natural resource markets and the political economy of climate change.