Australia’s response to terrorism risks undermining the freedoms the country hopes to protect.

Between December 2014 and February 2015, developed countries faced more terrorist attacks than at any time before. From the Sydney siege in December 2014, to the terror attacks in Paris in January, and the shootings in Denmark last weekend. These cases suggest that terrorism is rapidly moving into a new phase.

Two months after the Sydney siege, which resulted in three casualties, including the hostage-taker, Man Haron Monis, Australian security agents foiled another possible attack. Two people were arrested on 10 February 2015 in Sydney while allegedly preparing an attack.

The Sydney hostage seizure drew instantaneous global media coverage, highlighting the fact that terrorism is a form of communication. By using violence against a few people, terrorists seek to send a message to the whole world. Whether they die in the process or not, they want their message to be broadcast. Through the Sydney siege, Monis got his wishes through world-wide round-the-clock coverage.

So what can Australian policymakers and law enforcement agencies do to counter this new, rapidly evolving threat? To answer that question, you first need to understand current Australian policy settings and recognise an obvious and challenging contradiction. 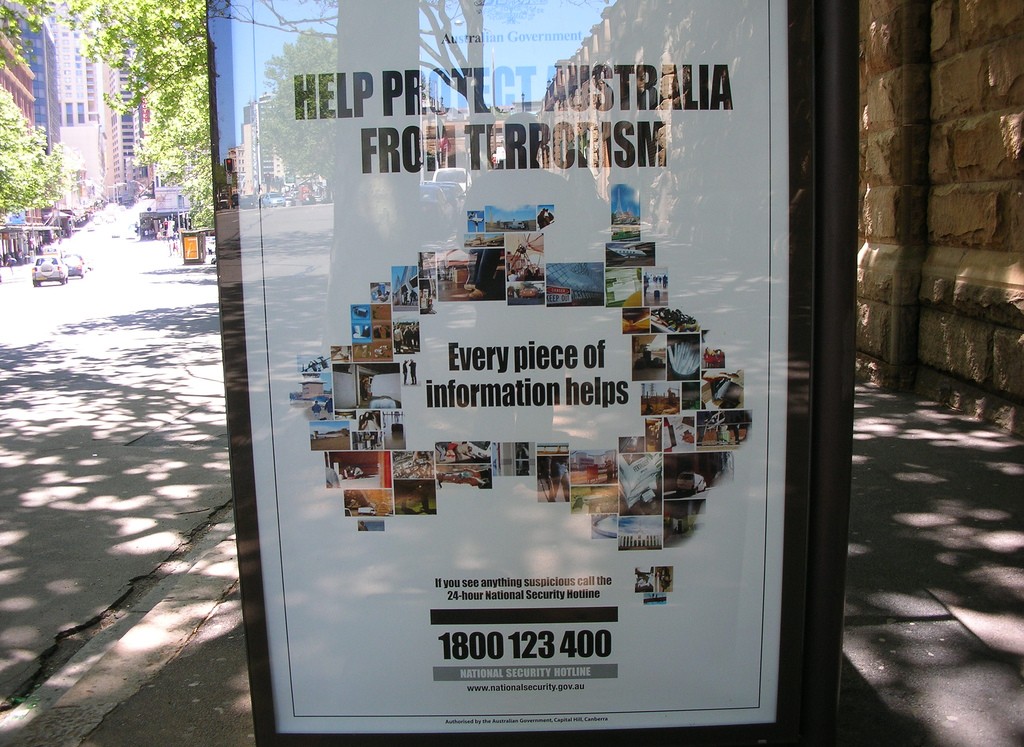 Current policy settings raise at least two crucial questions. ‘Why’ should Australia and its allies combat terrorism and ‘how’ should they do so? The way the Australian government has handled these two questions reveals a contradiction in its counter-terrorism approach. The ‘why’ question is about the justification for taking action against groups that espouse militant ideology, including Al Qaeda and ISIL (Islamic State of Iraq and the Levant), while the ‘how’ question is about the means that have been devised to meet the threat.

In addressing the ‘why’ question, the Australian security discourse revolves around the protection of Australia and its people, values, rules, beliefs and institutions. The government claims that its goal is to protect its democratic processes as well as its beliefs in racial equality, gender equality, and religious tolerance.

Australia’s counter-terrorism documents emphasize the country’s fundamental values, which are to be protected against threats from extremist Muslims. For example, the 2004 counter-terrorism White Paper, Transnational Terrorism: The Threat to Australia, emphasized the protection of Australia’s liberal democratic traditions and identity. Similarly, the 2010 White Paper, Securing Australia – Protecting Our Community, explains the nature of the threat in terms of the activities of global violent jihadists.

Monis, who masterminded the Sydney siege, falls within the definition of extremist Muslims. The government juxtaposes the extremists’ beliefs against its Western-derived approaches to conflict resolution. At the same time, it argues that it does not regard Islam as a threat.

In answering the ‘how’, the Australian government has resorted to various legislations and other measures that constrain some civil liberties. In doing so, it has been willing to compromise the fundamental values in order to combat jihadist terrorism.

In this respect, it is not the global violent jihadists, but the national legislators, that appear to threaten the liberal traditions. The 2005 and 2014 counter-terrorism legislations are both examples where some civil liberties have been constrained. Prime Minister Tony Abbott told Parliament that his government would constrain civil liberties when he argued: “regrettably, for some time to come, the delicate balance between freedom and security may have to shift. There may be more restrictions on some so that there can be more protections for others.”

Ironically, his government has undermined the very freedoms that were hated by the Islamic State. 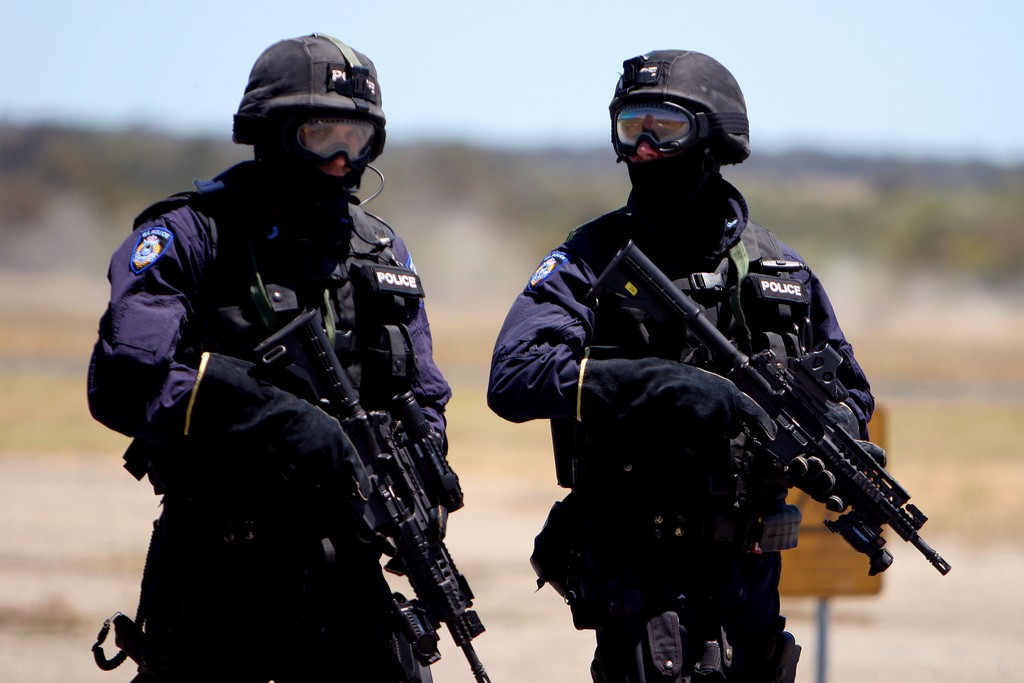 Liberal democracies have a duty to design comprehensive counter-terrorism strategies without compromising their fundamental values. As Paul Wilkinson observes, “a major reason for the failure to stem the flow of fresh recruits into jihadi networks is the failure of the democracies to make a serious effort to wage the battle of ideas towards the perverted ideology of Al Qaeda.” He adds: “it is very hard, if not impossible, to have real success in this battle of ideas if leading Western democracies are seen to violate their own proclaimed norms of protection of human rights and the rule of law”.

Nonetheless, by far the biggest challenge for policymakers and law enforcement agencies is tackling extremist Muslims both inside and outside Australia. The rationale behind the establishment of Australia’s National Counter-Terrorism Plan (NCTP) in 2003 were violent global jihadists. Initially, Australia’s fears were about members of the Indonesian group, Jemaah Islamiyah, who had undertaken terrorist training in Afghanistan and were responsible for the Bali bombing of October 2002, in which 202 people lost their lives, 88 of whom were Australians. The fear later shifted to the possibility of ‘home grown’ terrorists, and has now moved on to include anxieties over ‘lone wolf’ terrorists.

The terrorist threat against Australia increased in 2014, prompting ASIO to raise the threat assessment level from medium to high in September 2014. This was the first time the threat assessment level had been heightened since 2003. The then ASIO Director-General, David Irvine, told the ABC TV on 10 September 2014 that the threat level was lifted partly “because of the influence of Syria and Iraq on young Australians both in terms of going to those places to fight, but also in terms of what they [were] doing here in Australia with a potential intent to attack.”

With the increasing radicalisation of Muslims, it has become difficult to distinguish between impacts of foreign-trained and home-grown terrorists. Social media and the internet have enabled foreign groups to recruit young Muslims in Australia without requiring them to leave the country.

The way forward for tackling terrorism lies in policies that focus on at least three interrelated issues. The first is to maintain and enhance human rights in Australia even in the face of further terrorist attacks. It is by adhering to the core values of global governance, particularly maintaining democratic freedoms and promoting them skilfully, that Australia and the international community can effectively tackle terrorism.

The second is to address the poverty, injustices, and marginalisation in developing countries, especially in Africa, the Middle East, South Asia, and Southeast Asia. A former World Bank president, James Wolfensohn, argued: “while the fight against poverty is barely begun in too many parts of the world; while the link between progress in development and progress toward peace is not recognised – we might win a battle against terror but we will not conclude a war that will yield enduring peace.”

The third is to develop appropriate tools for addressing the radicalisation of Muslim youths nationally and globally. This may include the engagement of ‘extremists’ in the battle of ideas. De-radicalisation ought to be undertaken in a thoughtful way with a view to enhancing global security while at the same time delegitimising the messages of ‘extremists’.

Counter-radicalisation can be effective only if Australia and other Western countries demonstrate that they are committed to democracy and human rights, and that they are genuine in seeking to eliminate injustices and poverty in developing countries.

Samuel M. Makinda is Professor of International Relations and Security Studies, and the Founding Chair of the Security Terrorism and Counterterrorism Studies at Murdoch University, Perth, Australia.