Chinese football and its number one fan

Changes in government in China always have a significant impact on Chinese society, and hardly anyone has had a more dramatic impact on the development of Chinese football than Chinese President and football fan, Xi Jinping.

Under his government, the recent independence of the Chinese Football Association (the CFA) from the government’s General Administration of Sport (the GAS) has attracted much media and social attention and is seen as one of the most significant reforms to Chinese elite sport.

Six months before this remarkable change, the leading group for overall reform in China, a Party institution of which President Xi is the head, released a document emphasising the reform of Chinese football, and heralding a change in future policy.

This is not the only evidence of ‘the Xi effect’ on Chinese football. When Xi became the general secretary of the Communist Party of China in 2012, the overall spending of all clubs in the Chinese Premier League (CPL) leapt from 1.9 billion RMB (around 200 million Euro in 2011) to 3 billion RMB.

Football is arguably the premier sport in the world, and it is, literally, the first sport to be professionalised in China, and was one of the most important components of the reform of the Zhuanye sport – a plan-economy-based, government-funded professional elite sport system – and particularly its administration and supporting framework, Juguo Tizhi. This reform was initially flagged in Chinese sports policy in 1986, several years after Deng Xiaoping started reform in China. Due to the dominance and influence of plan-economy and government in Zhuanye sport and Juguo Tizhi, they are seen as inconsistent with the market-oriented reform of Chinese society, which was started by Deng and the Communist Party and identified by the government and civil society as the main trend of the Peoples Republic of China.

Given the nature of Chinese sport authorities as governmental organs, they have been under great political pressure to, at least rhetorically, start a reform of Chinese elite sport. Nonetheless, the government-controlled Juguo Tizhi has been carefully and skilfully maintained, at least before the Beijing Olympics, for its effectiveness in managing elite sport performance. Simply, it creates financial benefits for the system and gives political kudos to the sport bureaucrats.

After 2008, the idea of becoming a sport powerhouse was flagged by the then-President of China, Hu Jintao. Interpreted as promoting the sustainable, comprehensive and harmonious development of Chinese sport, particularly its reform, the idea was soon officially recognised as the new mission of Chinese sport. Since then, reforming narratives in Chinese sports policy have been increasingly emphasised. 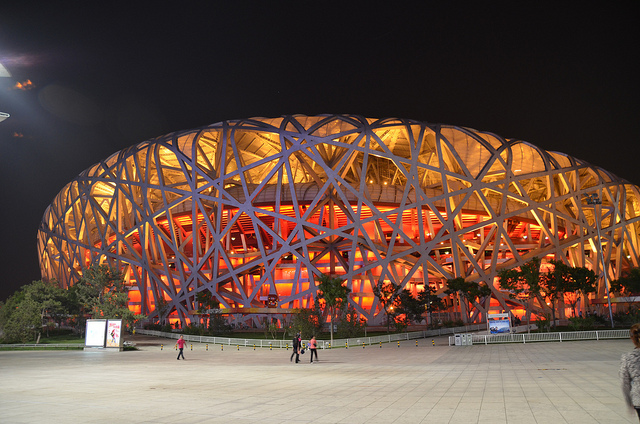 Xi became President of China in 2013 but his personal interest in football was well known long before that. He frequently mentions football in his speeches, and a number of policies regarding the reform and development of Chinese football have been released, not only by sports authorities but also by other governmental organs, such as the Ministry of Education.

In contrast to the previous ‘reform’, which mainly resulted in changes in policy statements, practical changes have been more evident in Xi’s era, including extraordinary emphasis on the development of school football by Ministers (of Education and of Sport), the unprecedented investment in professional football from civil society and, most importantly, the independence of the CFA.

In the past, reform efforts to transfer administrative power from sports authorities to sports associations were hindered, if not stopped, by subtly designed policy statements and skilful practices, such as the establishment of Sport Administration Centres. These centres are directly affiliated institutions of the General Administration of Sport, and are also seen by academics and media as the GAS’s puppet line, controlling the sport associations. For example, the centres are designed as the standing bodies of sport associations and share similar personnel, particularly at the top. Such a system (and practice) is recognised as ‘two banners for one group of people’ in Chinese society, where banners mean identities. The system is comparable in part to the Western-society non-governmental organisations, or NGOs, as opposed to government organisations.

Nonetheless, the recent independence of the CFA could be seen as a directive from the top to explicitly address reform in a crucial sport. Reforms include the institutional structure, working plan, international communication, and most importantly, finance and human resources of the new Chinese football. For example, it is made clear that personnel in sports administration cannot hold dual roles in the new CFA. In financial terms, the CFA’s expenditure will no longer be included in the government budget.

This reform of the governance of Chinese football represents another attempt at the ‘de-governmentalisation’ of Chinese sport. However, despite the remarkable revolution in policy documents, there are still some criticisms, for example of keeping most of the former staff of the Football Centres, who, of course, have to give up their role in sport administration in the new CFA. There are also calls to hand over the administrative power and eliminate the influence of the Juguo Tizhi framework, and give this to stakeholders from civil society, such as those business tycoons owning CPL clubs. Even though some criticisms and suggestions could be seen as radical, if not unrealistic, it demonstrates an enthusiasm inspired by this new, and apparently more powerful, round of reform.

This new reform climate could be a consequence of the involvement of private stakeholders in Chinese football since it started to become professional in the early 1990s. We also can’t ignore the limited impact of Chinese football on China’s ‘Olympic strategy’, since such lack of influence was one of the reasons football was chosen to be professionalised 21 years ago.

More importantly, it symbolises the significance of political influence on the government-run Chinese elite sport. Such influence works in two ways. First, the decreased pressure and emphasis on its traditional political task, i.e. winning Olympic glory (even though, in the case of Chinese football, Olympic glory has always been a mirage.).

Secondly, there is increasing emphasis on the reform of Chinese elite sport by political leaders, particularly football fan President Xi. This could lead to significant reform. These factors combined could be seen as driving factors behind China’s recent ambition to become a top football (but not any other sport) nation, with a new governance structure apparently independent of government control. Time will tell.

Dr Richard Xiaoqian Hu is a lecturer in the Division of Sport Science and Physical Education at Tsinghua University, a PhD from Loughborough University and a former journalist from Xinhua news agency in China.