With China’s growing wealth and appetite for milk powder, long-term investment in New Zealand’s dairy farming once looked a sure bet. But as Miles Grafton explains, manipulated commodity prices have left farmers facing a bleak future.

China has repeatedly manipulated commodity prices — by creating an artificially high demand, stockpiling the goods, and then leaving the market.

It did this with iron ore in 2013 and milk powder in 2015, damaging the economies of both Australia and New Zealand in the process.

In New Zealand, these tactics created an appetite for long-term capital investment in dairy farming, where farmers produced for perceived high demand, quite unaware that milk powder was being stockpiled, and were surprised when their biggest market stopped buying.

The current transition in China’s economy has caused disruption in both the Australian and New Zealand economies. In Australia, this has caused a big decline in mining investment, while investment in dairy farming in New Zealand to meet a perceived steady Chinese demand, has left dairy farmers with a NZ$40 billion debt, or around 20 per cent of GDP. This works out to a massive NZ$10,000 per cow. And, while the impacts of the mining downturn have been felt in Australia, New Zealand’s economy is yet to face a much more severe downturn.

In the past 12 months New Zealand’s Real Estate Institute’s dairy farm index, which adjusts for farm size, class and location, has fallen 20.9 per cent — and 14.3 per cent of that has been in the last three months. The banking sector has rapidly tightened credit and is requesting dairy farmers unable to service their debt to sell their farms. Should the current milk price continue, it will result in some forced sales. At the same time, the New Zealand Reserve Bank has undertaken a “stress test” with the five biggest lenders in the dairy sector, and announced that the lending sector is robust enough to handle any losses that are likely to occur. 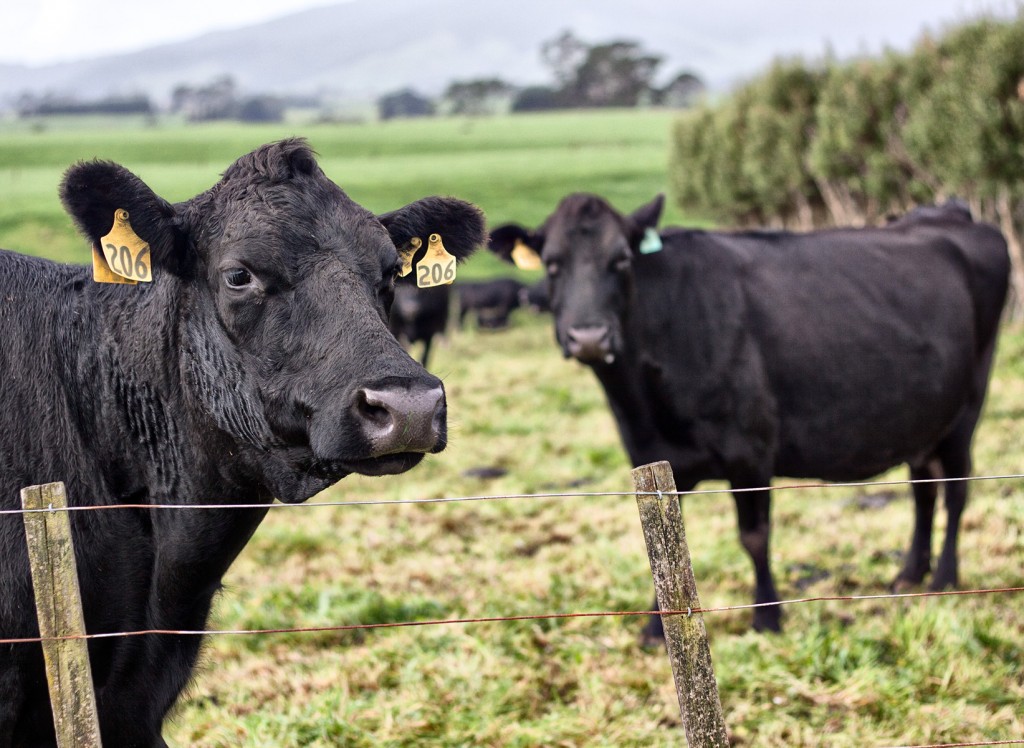 In addition, Chinese corporate farmers have tried to increase their dairy farm assets in New Zealand, but have met resistance from New Zealand’s Overseas Investment Commission (OIC). The OIC rejected a bid for Lochinver Station in 2015 by the Shanghai Pengxin Group which bought 16 dairy farms from the receivers of Crafar Farms Ltd in 2014. Dakang NZ Farm Group, in which Shanghai Pengxin holds a majority share, recently withdrew a NZ$42.7 million offer for 10 dairy farms owned by the Pinny family, citing delays in permission to purchase from the OIC. These 10 farms were subsequently sold in February 2016 for an estimated NZ$40 million to the Spencer family, one of New Zealand’s wealthiest families.

The short-term outlook for New Zealand’s dairy farmers is bleak. No less than Prime Minister John Key has said he expects five to 10 per cent of the dairy sector to fail. However, with an average debt of about NZ$3.5 million per farm, where the average number of cows is less than 400, and with around 50 per cent of farmers facing their second annual loss in a row, Key’s estimate may be optimistic.

It is likely that corporate dairy farming companies’ properties and private dairy farm sales will increase over the next accounting period. If this happens, the Government and OIC may come under pressure from farm owners and lenders to allow Chinese corporates to purchase New Zealand farms in fire sales, to spare farmers from bankruptcy, and so that banks can recover their funds.

But the story won’t end there. Although milk powders can be stored, unlike iron ore, they cannot be stored indefinitely. Three years tends to be the limit, so it is likely that the Chinese will re-enter the market in 2017.  This will coincide with the likely increase in births in China after the recent change from the One Child Policy to two child families. This will mean an inevitable demand in China for milk powders, although the actual level remains unclear and there is considerable slack to be taken up in current global over-supply.

The question for New Zealand is whether it continues to protect its farmland ownership from corporate non-resident Chinese investment. Freehold property is not an asset class available for purchase in China, which makes it desirable elsewhere. Large-scale purchases of dairy farms by Chinese corporations could result in a direct supply to New Zealand-domiciled Chinese dairy processing plants. This may not be beneficial to New Zealand’s economy, however, as transfer pricing practices, if not properly monitored, may reduce taxes paid in New Zealand.

It’s not just dairy. Chinese investment in residential property is already contentious in New Zealand. Unlike Australia, sales to non-residents are not just limited to new builds, but includes all property. Sales to non-residents has contributed to higher housing prices in Auckland, New Zealand’s largest city, where current median house prices are now unaffordable to most New Zealanders. Cashed up sellers from Auckland have, in turn, helped to inflate property prices in desirable locations elsewhere in New Zealand.

The future looks complicated, where future sales of commercial rural land in New Zealand, especially dairy farms, to corporate overseas investors could become as contentious as house sales to foreign residents. It’s a tricky position for New Zealand to be in.

Miles Grafton is Senior Lecturer in Agricultural Engineering and Farm Management and Production at Massey University.