Indonesia’s economy is booming, but despite the rapid growth, clean drinking water and basic sanitation is still out of reach for many.

Indonesia’s recent economic development has been remarkable, with annual growth around 5-6 per cent, inflation rates under 5 per cent, fiscal deficit below 3 per cent of GDP, debt-to-GDP ratio under 30 per cent, and international reserves above US$100 billion. But challenges remain.

While poverty and unemployment rates have gone down to 12 per cent and 7 per cent respectively, income inequality has increased. Furthermore, the ‘non-income’ inequalities have also worsened. These include access to basic health care, safe drinking water, and decent sanitation.

In 1990, 30 per cent of the Indonesian population had no access to an improved drinking water source. Almost 65 per cent lacked access to improved sanitation – and almost 40 per cent defecated in the open, because they didn’t have access to an acceptable sewage system. One of the Millennium Development Goals objectives is to halve these numbers of disadvantaged by 2015.

While the target seems to be achievable for water, it is not the case for sanitation. In 2015 there are still around 39 per cent of the population with access only to unimproved sanitation, falling short of the reduced target of 33 per cent. Conditions in rural areas are far worse than in urban areas, and the situations outside Java are in general worse than in Java, confirming the still uneven development in Indonesia, in favour of Java.

The Susenas household data reveals that the most common drinking water source in Indonesia is from protected wells and pumps. However, about 25 per cent of people using these two sources actually have them located very close to the septic tank (often less than 10 metres away). 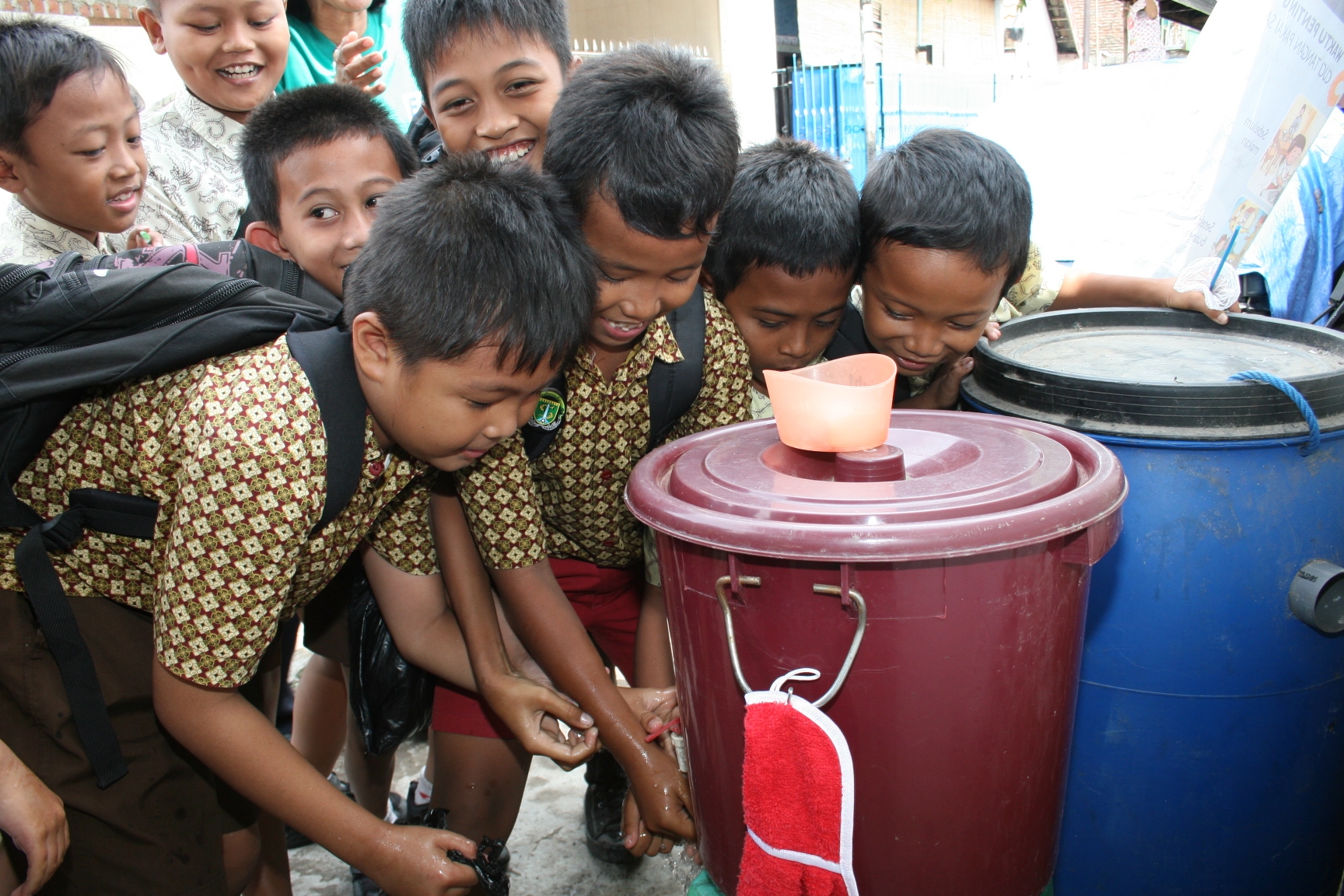 This is worrying, especially in rural villages where the technology to isolate septic tanks from drinking water sources is unsophisticated and inadequate.

The importance of access to safe drinking water and to improved sanitation should not be underestimated. According to the World Health Organization (WHO), this is the key to preventing the second leading cause of death in children under five years old: diarrhoeal disease. The United Nations Children’s Fund (UNICEF) reports that diarrhoea is responsible for 11 per cent of deaths among children under age five worldwide, second only to pneumonia (18 per cent).

The fact that sanitation is more important than a clean water source in regard to prevention of diarrhoea raises a question.

It is widely known that people can contract diarrhoea through contaminated food or water, as well as from inadequate sewage disposal methods. However, it is also possible that bad sanitation’s contribution to diarrhoea diseases is from a polluted environment caused by inadequate sewage systems. For example, a 1 per cent increase in the proportion of population that defecate in the open might increase the odds of diarrhoea in nearby households by around 11 per cent.

What has been done so far? The 2009-2014 National Development Plan says that the practice of open defecation should stop completely by 2014. This has not been achieved.

There are commendable initiatives, however, such as the community-led total sanitation that was adopted as a national program by the government in 2008.  This program brought sanitised sewage systems to around four million people by 2010. 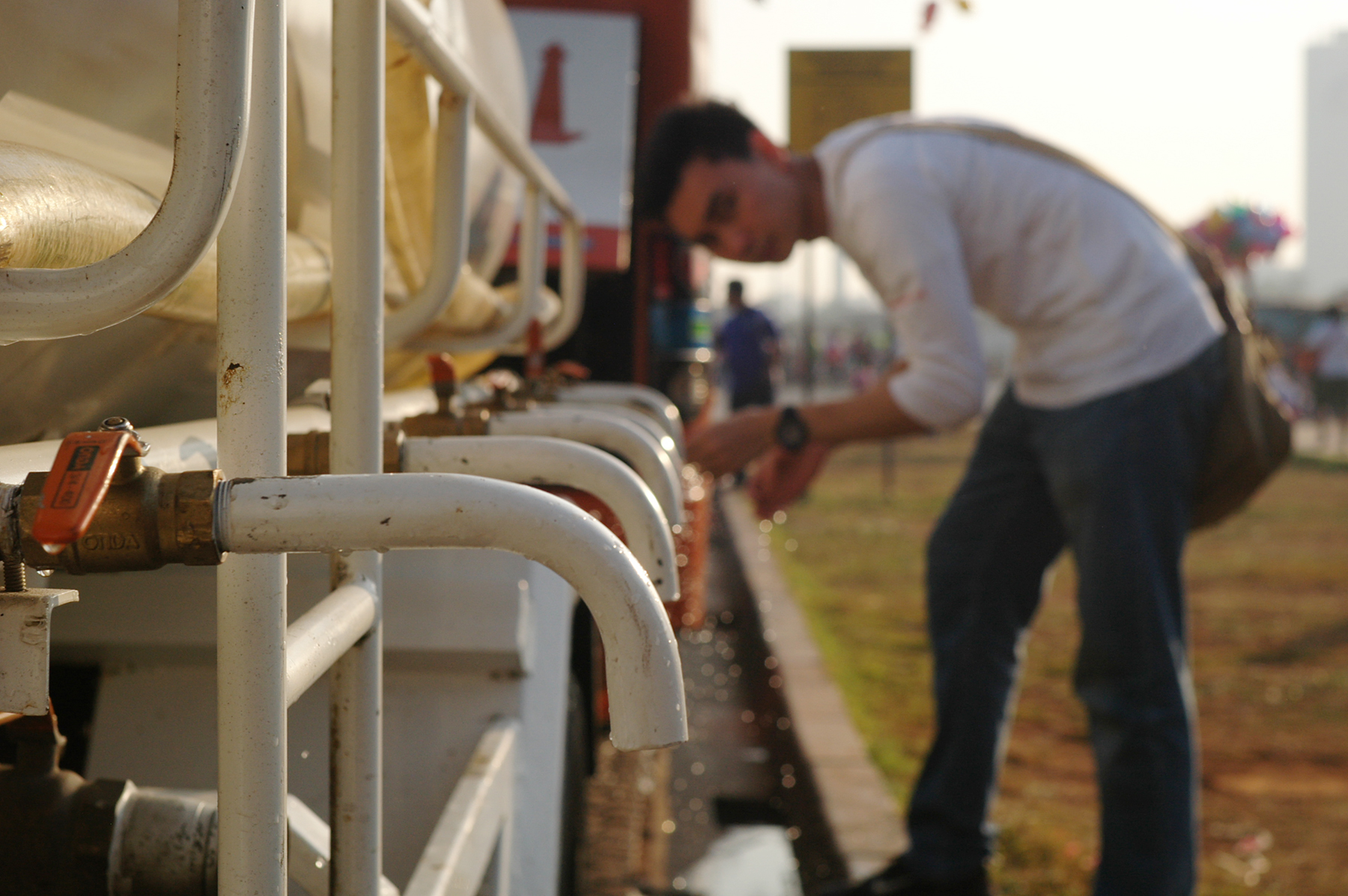 In addition, a recent regulation issued by the Minister of Health (Regulation 3/2014) is encouraging. It lays out important ‘pillars’ for sanitation improvement, including the calls to stop open defecation and to hand-wash with soap. The regulation is appended with detailed instructions on what constitutes sanitary toilets, hygienic hand-washing, etc. However, such initiatives will not be effective if sewage infrastructure is lacking.

Finally, there is a financial challenge. Sanitation development and improvement need an investment of around IDR 200 trillion (A$20 billion) in 2015-2019.  Nevertheless, the government allocation for it in the national development plan only covers about 12 per cent of this amount.

Given the recent major change in the national budget structure (as the result of the fuel subsidy removal that saved almost IDR 200 trillion in the 2015 budget), the government should have the opportunity to increase the allocation for sanitation improvement. Most of the additional fiscal resources are being relocated to infrastructure projects.

While roads and ports have been mentioned as priority, it is very important not to overlook sanitation. Access to good sanitation is key to the improvement of the well-being of Indonesian people.

This piece is based on the author’s article for Asia and the Pacific Policy Studies: http://www.policyforum.net/research/access-to-safe-drinking-water-and-sanitation-in-indonesia/

Arianto Patunru is a Fellow at The Arndt-Corden Department of Economics at Crawford School of Public Policy.