What will it take to drive Australian economic growth?

Economics and finance, Government and governance, Trade and industry | Australia

Without a recovery in business and consumer confidence, Australia is unlikely to see a pick up in economic growth and employment.

Last week the Australian business community finally came alive saying that they would support good policy and reform – but with no detail.

This sounded particularly hollow given that they hadn’t stood up to offer much public support to New South Wales Premier Mike Baird’s reform agenda, at a time when the Opposition and the unions were running a completely dishonest scare campaign against it – a campaign that The Australian newspaper headlined as ‘Polls and Liars’.

You might also recall the campaign business ran against the mining tax, spending tens of millions on advertising their opposition.

Unfortunately, they are usually long on rhetoric and short on substance, pushing their vested, rather than the national, interest.

At the same time, Opposition leader Bill Shorten sought to assure us that the ALP would support genuine reform that was “fair”. Really? No detail either.

At the same time, the Senate began an inquiry into tax avoidance by the global tech giants such as Microsoft, Google and Apple, and other global giants such as NewsCorp, BHP Billiton and Rio. All, although while being strictly “legal”, have obviously minimised the tax they pay in Australia, while ripping billions out of our economy.

Also the Reserve Bank failed to lower the official interest rate, again lagging the already significant fall in our growth rate and compounding the inevitable increase in our unemployment.

It was a week of uncertainty further compounded by recent mixed messages from the Abbott Government, which now seems to have abandoned the notion that we face a “Budget emergency”, instead seeming to accept that we can live with a higher level of national debt, and foreshadowing several “packages” for families, small business and further infrastructure.

This “slippage” caused one of the credit rating agencies to warn that failure to put our economic house in order could see us lose our AAA rating. 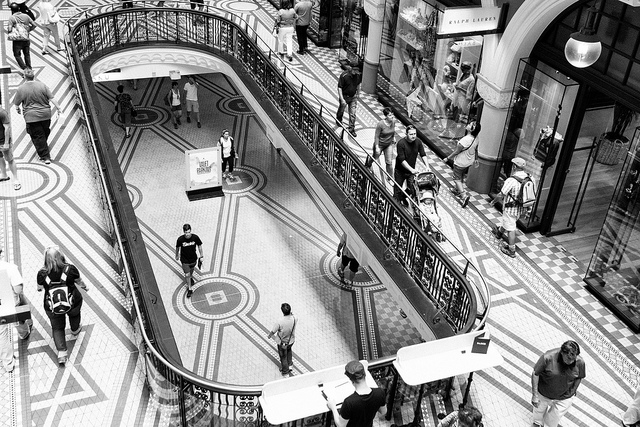 Other comments at the political level also raised concerns about potential changes to tax concessions for superannuation and possibly the GST.

And all this against very concerned and volatile global financial markets, bouncing around on uncertainties over when the US Federal Reserve will move to raise US interest rates, whether Europe can hope to avoid a triple-dip recession and deflation, the strength of the Chinese economy and further falls in key commodity prices, and a host of geo-political tensions.

The bottom line is still weak business and consumer confidence. Without a recovery in confidence, we simply can’t hope to see a pick up in our economic growth and employment.

Indeed, coming growth numbers will probably fall to 2 per cent or less, and recent job vacancy numbers suggest further increases in unemployment are not far away. We need a growth rate of about 3.25 per cent to hope to stabilise unemployment.

In these circumstances, and given the Government’s poor electoral standing, the next budget looms as a very significant event, but one that will be very difficult for them to frame, especially as they burned so much political capital with the last budget.

They will probably attempt to boost confidence by spending on childcare and more infrastructure projects, while promising to hand back ‘bracket creep’ via personal tax cuts, and to lower the company tax rate, with a special lower rate for small business.

The key assessment will be how they pay for it, and whether it is fair. I suspect they will foreshadow some fairly tough action to get more tax from multinational companies, some reduction in the generosity of super concessions for the wealthy, and broaden the GST to catch overseas purchases.

Most importantly, they will need to provide an overarching narrative that explains, in some detail, how they see the transition of our economy from a resources boom to whatever, such as to give business and consumers confidence that our growth and jobs will recover.

This piece was also published by the Southern Highland News.