Connecting the dots: The GFC and why it ain't over til it's over.

Is the Global Financial Crisis really over? And what does it mean for the Asia-Pacific? Quentin Grafton connects the dots.

Despite what many think the Global Financial Crisis (GFC) is not over and continues to have real social and economic effects. Let me explain why.

The GFC was the biggest negative shock to the world economy of the past 70 years. While much has been accomplished in the years since the collapse of Lehman Brothers in 2008, the key underlying causes of the crisis remain.

High-income countries took a big hit as a result of the GFC. Many still remain well below the level of economic output they would have enjoyed if their trend growth before the GFC had continued. In some countries, such as Greece, GDP per capita is more than 20 per cent below what it was in 2008.

The good news is that it seems that economic recovery is in place in the US. Its economy is growing and creating jobs at the fastest pace since 1999 and the country now has an unemployment rate lower than it was in September 2008. The statistics are so positive that exuberant investors have driven the Dow Jones Industrial Average index from a low of less than 6,700 in March 2009 to almost 18,000 today. Heady days indeed!

While the two largest economies in the world, the US and China, are growing, something is still rotten at the core of the world. Ben Bernanke, former Chairman of the US Federal Reserve, described this underlying problem as a ‘savings glut’ – very low real interest rates and a lack of productive investment. This ‘glut’ has arisen from global imbalances, aided and abetted by central banks in recent years, and has its origins with the earlier ‘Asian Crisis’ that began in 1997.

The Asian Crisis was primarily a problem for emerging economies. It encouraged countries hit by the crisis to become large net exporters of capital to ‘cushion’ themselves, should another financial crisis occur. The large inflows of capital from emerging economies to high-income countries, such as the US, have helped reduce yields on US government bonds. In turn, it stimulated real price growth in other assets, such as the housing stock, when associated with credit expansion, as it was in the US before the GFC. 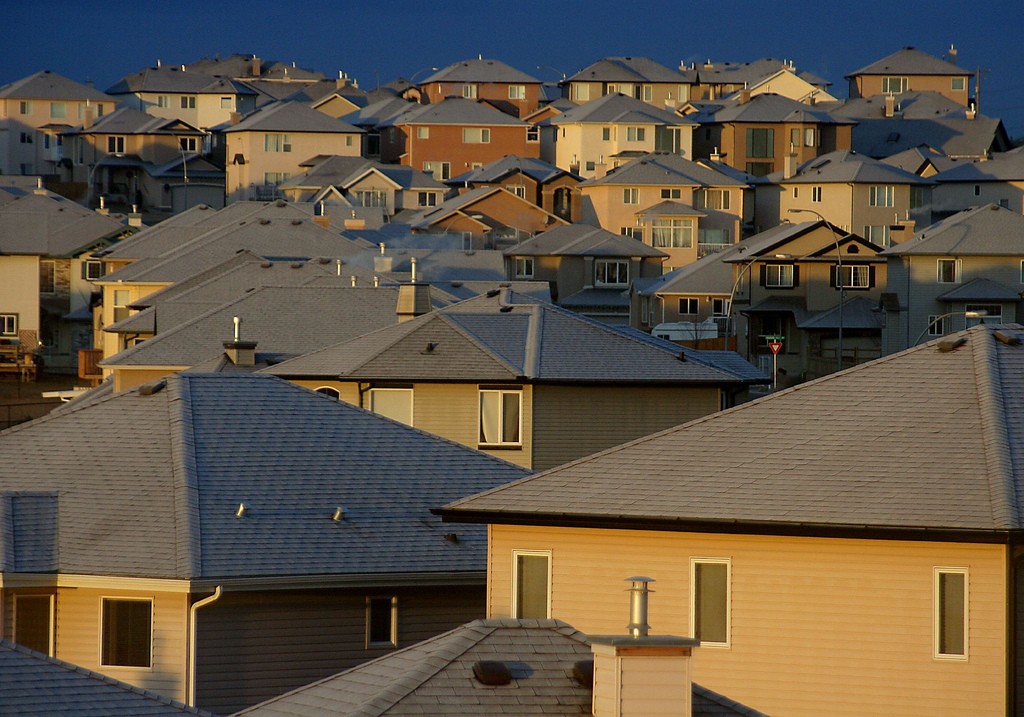 Higher real house prices can promote investment in construction. This, in turn, can stimulate the real economy. So far, so good – right? Well, no, because where higher prices do promote construction, in some cases it may result in an ‘overhang’ or overbuild of houses when credit expansion has been too rapid. This is what happened in Spain and Ireland, and parts of the US, during the noughties. These overhangs came crashing down in the aftermath of the GFC, leaving those countries with many empty and half-completed buildings along with out-of-pocket owners.

By comparison to 2008 the worst of the GFC has passed, but as the song goes It ain’t over til it’s over. The global problem of a savings glut and a lack of investment that promotes productivity in high-income countries remains, as do record low real interest rates in all of the major developed economies. By contrast to the US, the Eurozone economies as a whole have stagnant growth, as does Japan. Like the US before them, the Eurozone and Japan response is to employ Quantitative Easing (QE).

QE ‘creates’ money when central banks buy bonds and, thus, keep interest rates even lower and for longer. The purpose of QE is to stimulate national economies by, for instance, encouraging borrowing for investment. QE has become very big business indeed. The European Central Bank, for instance, in January 2015 announced a plan (with national central banks) to undertake 60 billion euros of bond purchases per month, with more than 1 trillion euros of planned purchases by September 2016. In November 2014, the Bank of Japan announced an even more ambitious program of QE, relative to the size of its economy.

QE is intended to stop deflation, or an overall fall in the price level of goods and services, which increases the real value of debt. Deflation is a genuine risk and has the potential to be self-reinforcing with a negative effect on economic growth because it encourages consumers to save rather than spend.

QE and on-going monetary easing have already increased global asset prices. Unfortunately, if these valuations are not accompanied soon with an increase in global economic growth and productivity increases there is the real risk asset prices could fall, and rapidly. If this were to happen it would impose big costs on everyone, not just asset owners. Another risk is that QE promotes competitive devaluations of national currencies. This is already underway and may result in a ‘beggar thy neighbour’ approach to international trade that would have a negative impact on global trade.

So what does all this mean for public policy?

First, asset price bubbles can arise quickly and pop suddenly, as happened in the immediate aftermath of the GFC, and can cause major shocks to the real economy.

Second, capital-importing countries, such as Australia, face additional risks if they do not have prudent levels of public debt to ensure they can stimulate the economy should there be another global, regional or national downturn. It is sobering point that, primarily as a result of the GFC meltdown and bank bailouts, Ireland’s government debt as a proportion of its GDP rose from 25 per cent in 2006 to more than 120 per cent in 2013.

Third, large and on-going global imbalances coupled with inadequate controls on credit growth make the world a much riskier place.

If the GFC taught us anything it’s that risky behaviour and policymakers who are ‘asleep at the wheel’ can lead to catastrophic problems – and they’re challenges we are still dealing with today.