East Asia in the wake of the global financial crisis

Governments in East Asia have spent lot of time and money assuring their own liquidity support and flexibility. They should have the confidence to back themselves in the future

East Asian economies should trust their own initiatives for growth,  Chalongphob Sussangkarn argues.

It’s now seven years since the bankruptcy of Lehman Brothers which precipitated the Global Financial Crisis. Luckily East Asia’s direct exposure to the sub-prime toxic assets that lay behind the crisis was limited, as lessons learned from the Asian financial crisis had led to greater risk aversion among the region’s bankers and investors.

East Asia was however severely affected by the US liquidity shortages that followed the Lehman Brothers’ collapse. One channel was through sharp declines in trade finance and world trade. Fortunately, world trade recovered relatively quickly and by 2011 its volume had surpassed the pre-crisis level. Another channel was from large capital outflows, which put some countries under a lot of stress, as their currencies depreciated rapidly. Liquidity support was needed to stabilise the situation and this was provided at that time through bilateral agreements.

South Korea was the East Asian country most affected by the capital outflows at that time. Although it had more than US$250 billion in official foreign reserves in mid-2008, it also had almost US$200 billion in short-term foreign debt.

The large capital outflows reduced reserves by more than US$50 billion in the second half of 2008, and the Korean won depreciated by about 25 per cent during the same period. A US$30 billion swap-line was obtained from the US Federal Reserve at the end of October 2008, and this helped to stabilise the situation somewhat. It was, however, the large current account surpluses brought on by the depreciation of the won that turned the situation around, and by October 2009 reserves had increased to above the level in mid-2008, while the won had strengthened back to a level about 10 per cent lower than in mid-2008. 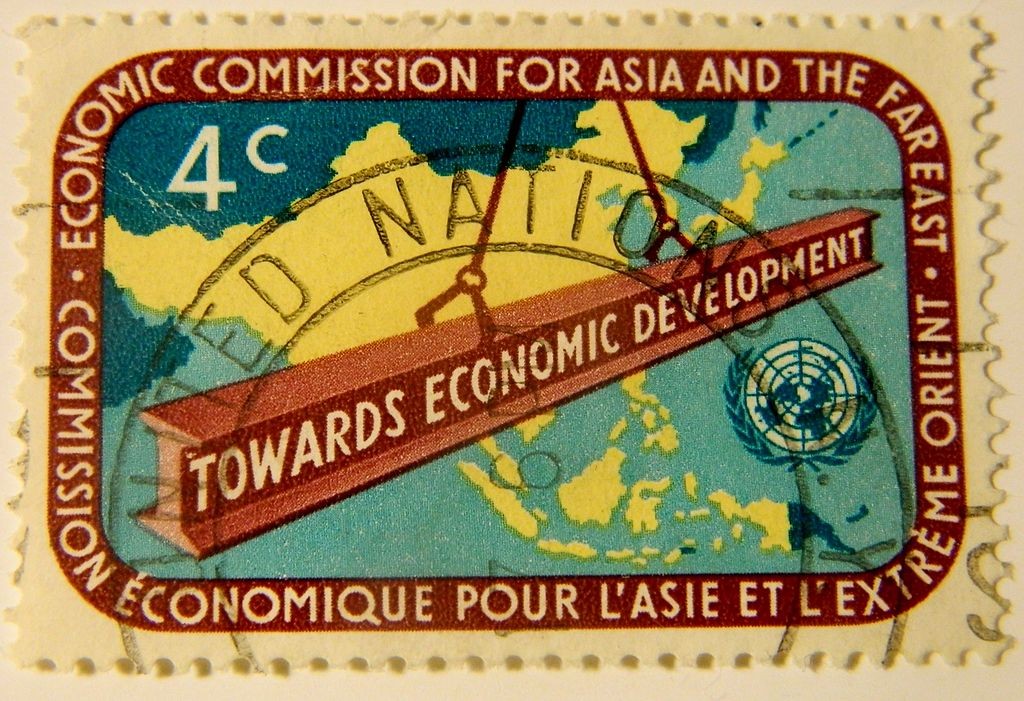 Image by By Paasikivi via Wikimedia Commons. https://commons.wikimedia.org/wiki/File:UN-Economic-Commission-For-Asia_and_the_Far_East_(ECAFE)-Postage-Stamp.JPG

For Korea, with good economic fundamentals, it was very important that when a temporary foreign exchange liquidity shortage occurred, quick and sizeable liquidity support could be obtained to ensure and stabilise financial markets. Exchange rate flexibility was also key. As was seen after the Asian financial crisis, export oriented East Asian economies can turn around their foreign exchange position fairly quickly through currency depreciations.

Over the past decade, emerging market economies have faced many periods of capital flow volatilities, both inflows and outflows, especially from quantitative easing policies in the advanced economies and signs of their reversals. We are currently in an outflow period, due to expectations of US interest rate increases, and when this actually comes about, the outflows may accelerate.

Most East Asian economies have tried to protect themselves by accumulating reserves in periods of inflows as cushions for outflow periods. However, the sterilisation costs can be very large and have fiscal implications. Also, even with large reserves, it is not always easy to quickly liquidate sizeable reserves without disrupting financial markets. So other liquidity support mechanisms can be very helpful.

From the role of bilateral swaps in the US liquidity shortages period, countries have been moving to establish more bilateral swaps with each other. One should accept, however, that these are political. When Korea obtained the swap with the US Federal Reserve, Indonesia also requested a swap. This was refused. Instead, Indonesia had to turn to Japan and China. Also, frictions between Japan and South Korea over some disputed islands have contributed to the reduction and eventual ending (in early 2015) of sizeable bilateral swaps that had been developed between the two countries over the past 15 years or so. So there are many limitations in relying on these bilateral swaps when a country really needs quick and sizeable liquidity support.

The International Monetary Fund (IMF) has also developed liquidity support mechanisms, particularly the Flexible Credit Line (FCL) and the Precautionary and Liquidity Line (PLL). Countries have to apply for these and those judged (by the IMF) to have very strong policy frameworks and economic track records qualify for the FCL, while those with sound economic fundamentals with some weaknesses can get the PLL. However, countries have been reluctant to take the IMF exam, and only three countries have qualified for the FCL and two for the PLL. Such a small uptake for facilities that are meant to be global is likely to be because there is still a stigma attached to the IMF in many parts of the world for countries that had to go through tough IMF conditionality in the past.

At the regional level, East Asia has been working on the Chiang Mai Initiative Mulilateralisation (CMIM), which will also include a crisis prevention liquidity facility. The details are still to be finalised. However, it is very important to make the facility truly useable by the member countries. On this, East Asia can learn from the Latin American Reserve Fund (FLAR). It is relatively small with eight member countries with paid-in capital of about US$ 3.6 billion. FLAR has no operational links to the IMF. Member countries frequently borrow from it, totaling about US$11 billion throughout its more than 35 years’ history. There is no conditionality, and no country has ever defaulted on its loans from FLAR, even in cases where the country had to suspend or default on its public external debt service. This shows that members are given the benefit of the doubt, and the importance members attach to ownership of the fund.

The CMIM liquidity support facility should be designed to be more like FLAR rather than the IMF facilities. East Asian economies have invested a lot of time and resources to develop the CMIM so there is a strong sense of ownership among the members. CMIM should leverage on this sense of ownership and provide temporary liquidity support to needed members (with minimal conditionality, if any) in the knowledge that they will do their utmost to repay the loan. Members should view CMIM as just another instrument that they can use in their policy toolkit to deal with capital flow volatilities.

Chalongphob Sussangkarn is a Distinguished Fellow of the Thailand Development Research Institute. He is a former Minister of Finance of Thailand.