Does Australia need a bill of human rights?

Without the safety net of a bill of human rights, Australians should be very concerned, writes Michael Cornish.

“Those who would give up essential Liberty, to purchase a little temporary Safety, deserve neither Liberty nor Safety.”

Benjamin Franklin’s famous saying is not only often mangled and misquoted, but was actually referring to liberty from taxation rather than the sort of liberty we might think relevant to a modern democracy.

But worse than that, the idea that the quotation now represents is also wrong – even the complacent deserve liberty.

I have long been suspicious of a bill of human rights for Australia.  Although Australia is the only Western democracy without one, I used to be in that small camp who believe that when civil liberties are taken away, the people must be expected to fight for them, as a fundamental process of renewal of our liberal democracy.

Otherwise, such rights are simply taken for granted.  Human rights, after all, are meant to be about responsibilities to society as well as individual entitlements.  For example, if you want to possess the right to life and freedom from fear, you have a responsibility to uphold that right towards others.  At the very least, this means not committing wanton acts upon others.  Speaking of rights without also speaking of responsibilities only serves to hasten in a real Age of Entitlement (rather than the current polemical one we keep hearing about).

However, trusting in revolutionary romanticism – expecting people to fight for their rights – is not the best way to protect civil liberties.  There may be pervasive complacency about the periodic erosion of our rights and liberties, but it doesn’t follow that just because a person is ignorant or naively untroubled by this, that it is right for them to be deprived of them.

The point is that the erosion of our rights has accelerated recently in Australia, and without the solace and safety net of a bill of human rights, we should be very concerned.

Let’s look at some examples.

Since last September, anyone disclosing information on an ASIO special intelligence operation can be subject to imprisonment for 10 years.

This is rather problematic for civil liberties, to say the least.

Not only can ASIO self-declare its immunity from public scrutiny by turning anything into a special intelligence operation, but if it makes any mistakes in carrying out such operations, anybody who discloses can end up in prison.

For example, imagine if Australians were complicit in conveying prisoners to torturers.

If ASIO decided these details would never see the light of day, then Australians would be none the wiser.  Worse, anyone brave enough to tell the world would face imprisonment.

Now, astute readers of the new special intelligence operations legislation will see that it excludes operations that “constitute torture”.  However, it is easy to see how it would be argued that conveying prisoners is ostensibly separate from committing torture.

With the rise of violent Islamic fundamentalism and threats of terrorist attacks on Australia, it must be acknowledged that ASIO has an even tougher job than it did during the Cold War, and that poorly judged leaks pose a real danger to the security of ordinary Australians.

However, there is no sunset provision for this immunity from public scrutiny, meaning that once ASIO chooses to label an operation as a ‘special intelligence operation’, it can never be reported on without fear of jail time, regardless of how irrelevant it may be to current intelligence concerns.

So not only must we simply trust that ASIO will always operate according to Australian values and never at the edge of legality or morality, but we can never learn whether it has done so or not.  So much for democratic accountability!

The Minister for Foreign Affairs now has the power to declare it illegal for Australians to travel to any country or part of a country that might contain an active member of a terrorist organisation.

There has been civil war in Syria since 2011, and one of the major groups fighting against Al-Assad’s tyrannous regime is the National Syrian Coalition, a fractured collection of loosely affiliated militias who are fighting for democracy in Syria, and against the vile Islamic State, and other Islamic fundamentalists.  However, Australians who want to fight for democracy in Syria can now, depending on where they fight in the country, end up imprisoned for 10 years.

If such a law had been in effect in Britain during the Spanish Civil War, George Orwell may have disappeared for an entire decade for his efforts against the fascists in Catalonia.

The idea that an Australian could be considered a criminal based on where they happen to be in the world, rather than purely on the basis of criminal acts, is an appalling attack upon the foundations of our democratic legal system, where crimes more serious than a speeding fine are based upon there being an intent to commit the crime.  We should be criminalising the actual criminal acts, rather than just where a person happens to be.

And if this were not enough, if you happen to be a well-intentioned dual-national who is caught in a Ministerially-declared wrong place at the wrong time, and don’t fit one of the exemption categories (for example, being employed by the United Nations or the Australian government), you can now be stripped of your Australian citizenship.

If you are indeed engaged in morally dubious behaviour in a declared area, then there is the dragnet problem.  As international law Professor Ben Saul at the University of Sydney argues, “stripping citizenship for threatening “national secu­rity” would go too far because the legal definition of security is too broad. Not every Australian fighting in Syria is killing civilians or committing terrorism.” If none of this convinces you not to get caught up in a place like Syria or Iraq during a civil war, keep in mind that the Foreign Minister can declare any area she chooses to be off-limits, so long as she is satisfied that a listed terrorist organisation is engaging in a hostile activity there.

By that definition, it could be an offence for Australians to go to the base of the Twin Towers, Bali, or the London Tube.

I am no apologist for terrorists, but any law that proclaims to be targeting terrorists should ensure that it does not target people who are actually not terrorists.

At its best, the combination of these laws allows us to dump dual-national terrorists on other countries so that they are no longer our problem.  Yet our responsibility to our citizens should include, where possible, prosecuting them ourselves when they have acted criminally.

The National Inquiry into Children in Immigration Detention handed down its report in November last year, and was finally tabled in Parliament on 11 February this year.  The current government has been angry about the political timing of the report and rather more quiet about its contents, but the reality is that both Liberal and Labor governments have been culpable, although average numbers of children in immigration detention have declined more quickly under the Liberals since February 2014 than they did under Labor.

Regardless of what we think of the actions of their parents, and regardless of whether they are genuine refugees or not, no-one likes the idea of innocent children being incarcerated.

As of September 2014, the average length of stay in detention was 14 months.  The harm that has resulted from successive Australian governments’ treatment of these children is immense.  To get an idea of the scale, between January 2013 and March 2014 alone, the Inquiry reports that 171 children in detention threatened self-harm, 128 children actually engaged in self-harm, and there were 233 assaults involving children.  Furthermore, of the 33 incidents of sexual assault reported, the majority involved children.

The system of mandatory immigration detention is, by design more than intention, trampling egregiously upon the human rights of children who bear little if any fault for their current suffering and predicament.

The metadata retention laws have yet to pass through parliament, but their attack on civil liberties is as profound as it is shocking.

First, it is highly debateable that the laws, whose stated intent is to combat terrorism, will actually be practically effective.  A high-level report to the White House on similar data retention laws in the United States found that, since 2001, they had “shown minimal value in safeguarding the nation from terrorism. Based on the information provided to the [Privacy and Civil Liberties Oversight] Board, including classified briefings and documentation, we have not identified a single instance involving a threat to the United States in which the program made a concrete difference in the outcome of a counter-terrorism investigation.”

In its current form, the proposed bill forces Internet service providers to retain telephone and Internet browsing metadata for two years, and assuming it is deemed ‘reasonably necessary’, authorised government agencies can then trawl through this at their heart’s content, looking at who you’ve called and what websites you’ve visited, learning your daily routines, financial dealings, and even intuit your confidential medical conditions or sexual preferences.  This is very serious. 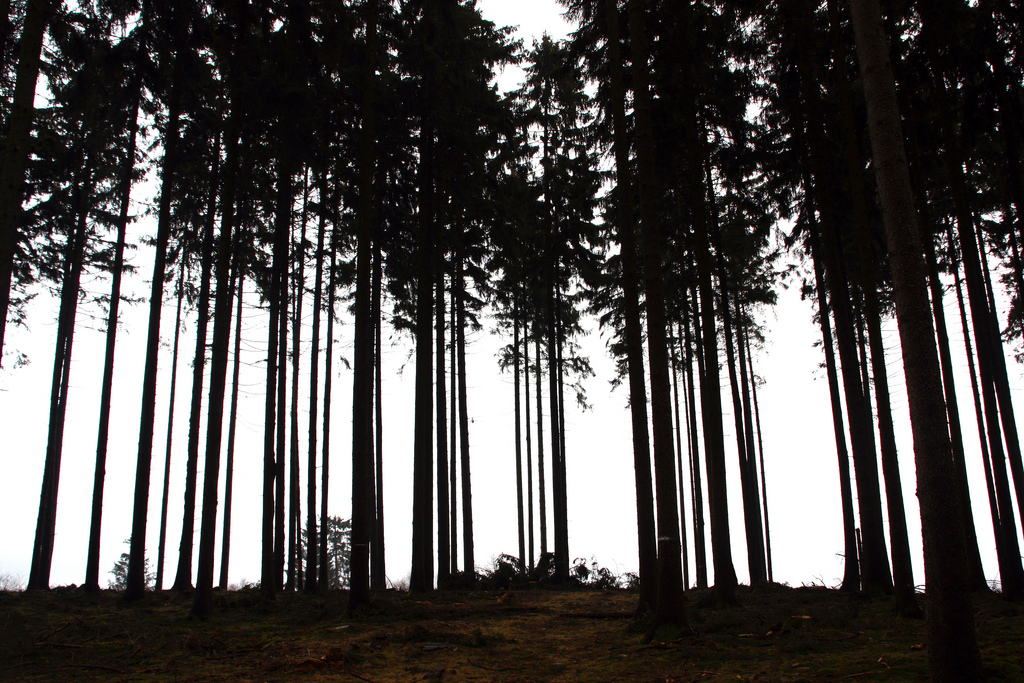 One response to all this is to say, ‘this doesn’t affect me.  I’m not a reporter seeking important truths from ASIO, or a refugee child in detention, and it is highly unlikely that I will fight for a cause in a faraway country.  Maybe I’m one of the very few people in Australia who does not ever use the Internet, or if I do, does not care if the government can track what I do.’

A riposte to such apathy is to argue that this is the thin edge of the wedge, and it’s only a matter of time until they come for you as well.  Or it could indeed be that as long as you don’t happen to be a member of an ill-fated minority, then there is nothing for you to fear.

But this should not be a call to complacency.  You may be aware of that proverb that “the best test of a civilised society is the way in which it treats its weakest members”.  There is truth in that statement; fairness and compassion for those unjustly disempowered is important for the health of our society.  If you care about society and democracy, you will care about the erosion of the rights of the few.

So don’t give in to complacency.  Every other democratic country in the world has a bill of human rights as a safety net for its civil liberties, but not us.  Become aware of the issues, and their seriousness.  Our political classes must be held accountable for the erosion of our liberties, whatever their political persuasion might be.  Write an article for your local newspaper.  Even write a letter to your local MP, or to the relevant Minister. They won’t take notice if you sit on your hands.

Or at the very least, make civil liberties an important issue when you cast your vote.  Human rights are worth fighting for.

Benjamin Franklin may have been onto something, after all.  He was right to be worried that a democratic society might sleepwalk into giving away its essential liberties.  Let’s not let it happen to us.

Michael Cornish is a Senior Policy Adviser to federal MP Ms Rebekha Sharkie. He has variously been a lecturer in economics, social sciences and international politics with the University of Adelaide, the Crawford School of Public Policy at the Australian National University, and the University of Papua New Guinea.