Is Australia showing a lack of independent action in foreign policy?

It was a blink and you’ll miss it moment; Australia’s apparent opposition to Palestinian statehood.

Late last year, while most of the country was busy planning New Year’s Eve celebrations, a draft resolution on Palestinian statehood was put forward in the United Nations Security Council.

While the vote could be seen as further strengthening Australia’s friendship with the US, it is also a missed opportunity to pursue an independent national interest.

Sure, part of the national interest was served by standing with the US. But this was also an opportunity where Australia could have pursued her national interest beyond the US alliance. To put it simply, this vote could have been used to enhance and promote Australia’s international reputation as not only a middle power or top 20 nation, but an independent one as well.

Academics and former diplomats have echoed concerns about the increasing closeness of Australia’s relationship with the US, and its potential to negatively affect Australia’s national interest. Former prime minister Malcolm Fraser has written a whole book on why the US is a ‘dangerous ally’.

Even Bob Carr in his Diaries of a Foreign Minister recalled on three occasions the advice given to him by his departmental secretary Dennis Richardson: “Our interests are different from a great power’s”. 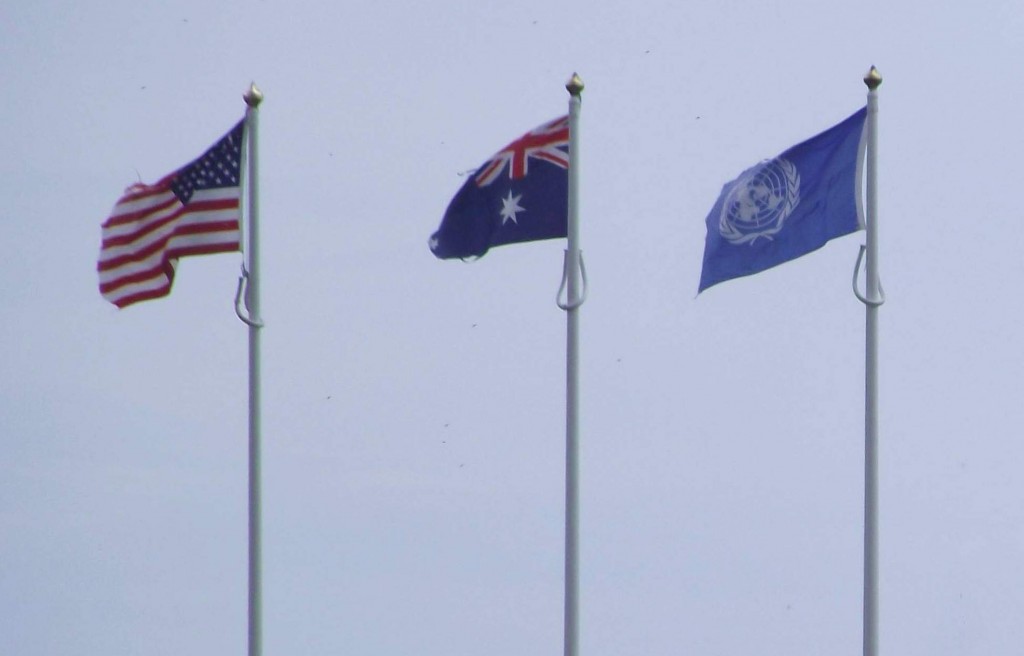 While it is important for Australia to maintain its relationship with the US, it is also important for the country to pursue its own national interest beyond that relationship. The Security Council vote on Palestinian statehood highlights how such an opportunity was missed.

Australia was elected to the Security Council in 2012 with 140 votes out of just a little over 190. The votes predominantly came from Arab, African, and Asian states. Meanwhile, Australia has traditionally branded itself as an active international citizen respecting the rights of the international UN-based world order and seeking to support the agendas of small states (the majority of UN member states).

On the Palestinian issue it has consistently voiced a preference for a two-state solution in which Palestinians and Israelis could live side-by-side, hopefully in peace and tolerance. As the 2012 Security Council vote shows, it would appear that most of the international community bought into this branding.

Naturally, the US wanted someone else to ‘share the blame’, and it was wise of them seek an ally and friend to support their position. Hence, the US defended its national interest as well as it could have given the circumstances (of voting against something Russia, France and even China supported).

Australia, on the other hand, would have wanted to avoid a vote that diminishes or hurts its reputation and, by extension, national interest – particularly one established through a long-standing support for small states, the rules of international order, and a two-state solution to the Palestinian issue. But it would not have wanted to stand in opposition to its major ally. This is why an abstention from voting would have been the ideal choice.

In terms of foreign policy trade-offs, Australia’s reputation and international standing would have suffered very little had it simply abstained from voting, as did other close US allies the UK and South Korea. Australia could have finished its Security Council term with a great foundation for future membership bids; not perceived as opposed to Palestinian statehood, and true to its ‘marketed’ values of being a constructive international citizen.

Yes – the Palestinian statehood vote was symbolic. Yes – everybody knew it would be vetoed. But the Palestinian question has been one of the most highly charged and contentions issues within the UN for decades (and certainly since the fall of apartheid in South Africa). Although symbolic in nature, these votes tend to be remembered because the majority of UN states sympathise with the Palestinians.

The question for both sides of Australia’s political divide is whether such votes enhance our national interest or hurt it.

It costs so little to display and enhance our perceived independence in foreign affairs by abstaining from such a symbolic vote. The question then is, why do our policymakers choose the path that diminishes our international reputation and further highlights our lack of independent action in foreign policy?