Deliver as a social good or leave it to the open market?

In the past we saw infants as powerless and dependent, requiring only basic nurture and care. But we underestimated their potential as learners; neuroscience has revealed compelling evidence about brain development and early learning. Now we understand the vital importance of the first thousand days between a woman’s pregnancy and her child’s second birthday. This vital time offers a unique window of opportunity to shape healthier and more prosperous futures.

The right nutrition, care and education have a profound impact on a child’s ability to grow, learn, and rise out of poverty. It can also shape a society’s long-term health, stability and prosperity. Early experiences affect the quality of the architecture of the brain by establishing either a sturdy or a fragile foundation for all of the learning, health and behaviour that follow. The brain is more ‘plastic’ at this stage and so young children can learn at a more accelerated rate.

Some societies understand childcare as a social good, others don’t. For example, the Swedish social democratic government pay their early childhood professionals along the lines of teachers, and invest over 1 per cent of GDP in the sector.  Fees are 2-3 per cent of a family’s income, before tax for the first child, and then less for each child after that, with a maximum fee for the first child of EUR €139 (A$192) a month, for the second child of EUR €93 EUR (A$128) a month, and for the third child of EUR €47 (A$64) a month. All this is offered whether the parents are working or not. 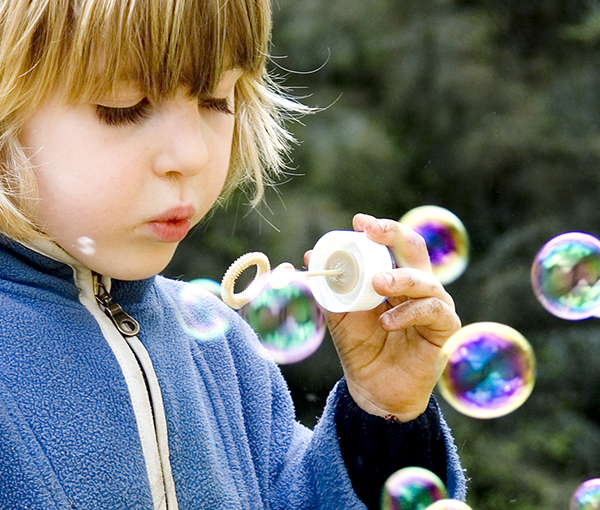 Australian parents will be envious of such great support – which appears to be commonplace and well established in Nordic socioeconomic practice. For example, Finnish infants’ wellbeing has been supported for the past 75 years, starting with a state-supplied starter kit.

So why not in Australia? Much of the Australian political debate about childcare over the last while has been about cost and supporting women into the workforce.

In the debate children and their parents are divided into consumers of childcare for those working, and children of the poor are subsidised through various government schemes. Australian childcare is delivered not as a public good, rather in a neoliberal open market manner (with special concessions for the needy). Services are spread across a mix of the for-profit and not-for-profit sector, with a variety of disparities in financing levels and management. The current fee for Australian preschool is approximately A$95/day. An annual cap of A$7,500 government rebate translates to three days/week of subsidised care.

Parents are questioning why that money isn’t filtering through to the people at the frontline. Childcare is labour-intensive work and must conform to adult-to-child ratios required under legislation. This is an important quality factor and should remain. The business model must also pay rent, pay taxes and make a profit, unlike the social good model. It seems the lessons from the collapse of the ABC Learning childcare model that thrived on Australia’s economic market-led approach have not been learned.

So why does Australia use the open-market approach?

Despite a recent Australian report by Price Waterhouse Cooper recommending increasing investment and provision of quality childcare for all, Australia continues to invest just 0.47 per cent of GDP, comparing poorly to the OECD average of 0.8 per cent. We know that this level of funding is inadequate. Moreover, economic arguments show that over time, for every dollar spent in quality childcare, seven dollars was saved in later programs that deal with delinquency and school dropout.

What, then, are the long-term policy solutions? Despite coming to power on the promise of fixing the childcare crisis the current government has not delivered. Policies continue to be based on one system for ‘the rich’ and another for ‘the poor’.

The professionalisaton of the early year’s graduate workforce is key to improvements.  Imagine if schoolteachers didn’t need any qualification? Imagine if only one in every five teachers, who help our children learn, had been to college and have a degree? We wouldn’t take it. We would want better for our children. Yet, even knowing the importance of first relationships, we don’t demand better for our younger children. We know extended periods of time in childcare with transient and undertrained staff cannot help. It will have a negative effect on very young children’s wellbeing and long-lasting detrimental effects on child development, instead of bringing positive effects.

Direct government funding for employment of early years staff in line with teacher pay rates, regardless of age of children or setting, is necessary. This is the only way quality childcare for all Australian children can be realised. Investment now to reap the benefits later is however, a long-term strategy and is problematic for governments looking for a quick fix.

Dr Gerardine Neylon is an expert in Early Childhood Education and Care and policy development; she has worked in developing services for young children.