The cost of health inequities.

Modern society has done much good for people’s health—the average global life expectancy has increased by more than two decades since 1950.

In spite of this, health issues are constantly in the news: early death and escalating health care costs from diabetes, cancers and mental illness; deaths and injury from traffic and extreme weather events; famines; and the prevailing communicable disease killers keep the world busy.

But such life and death experiences are not distributed evenly between countries or across social groups. In countries in the Asia Pacific region, life expectancy at birth ranges in males from 58.8 years in Papua New Guinea to 79.1 years in Australia and among females from 61.7 years in Timor-Leste to 86.2 years in Japan. 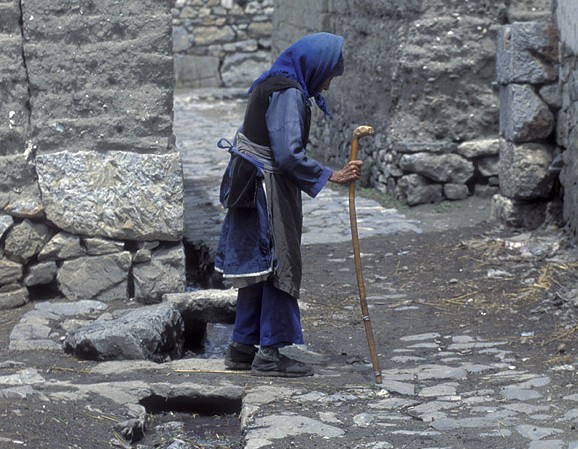 Within a prosperous country such as Australia it seems remarkable that the richest 20 per cent of the population can expect to live on average six years longer compared to the poorest 20 per cent. Australians who are more socially disadvantaged (by income, employment status, education) and Indigenous Australians also have a higher risk of chronic disease, including depression, diabetes, heart disease and cancers.

In our cities, suburban areas are marked by concentrations of extremely disadvantaged residents, leading to very poor physical and mental health outcomes. The health experience of people living in rural and remote Australia is often worse than the urban average.

Does it have to be this way?

No. Social differences in health outcomes at the population level are not explained by genetic variation or because of some mythical deviant behaviour that is particular to socially disadvantaged groups. The existence of systematic social inequities in health tells us that there is something about society that is creating the unequal distribution
of the opportunity to be healthy. These health differences are in fact avoidable and unfair.

And for those not convinced by the argument that health inequities are unfair, the fact that they are also incredibly inefficient should stimulate action to reduce them.

Health inequity is such an important issue internationally that in 2005 the World Health Organization established a global commission, the Commission on the Social Determinants of Health (CSDH), to identify what could be done to improve the lives of people globally, including in Australia. In 2013 we had an Australian response to the CSDH, when a bipartisan Senate Community Affairs Reference Committee Inquiry reviewed extensive domestic evidence on social determinants of health inequities and called for a concerted national policy approach and coordinated action across sectors.

While we know more than ever about the causes of health inequities, what is clear from the many policy discussions that I have been involved in is that we don’t have all of the answers about what policies and programs are needed and how to make action happen.

My work examines the social determinants of health inequities, seeking to provide evidence on how actions in different policy domains affect health inequity, and what can be done to improve people’s circumstances, lives and health.

These social determinants are vital for health for a number of reasons. People need the basic material requisites for a decent life, they need to have control over their lives, and they need active participation in decision-making and implementation processes.

All three things are influenced by the fundamental environmental, political, economic and cultural characteristics of contemporary societies which shape how people are born, grow, live, work, age and die.

Clearly, the global natural environment affects how societies survive and prosper through its provision of life-sustaining natural resources. Economic and social policies generate and distribute political power, income, goods and services between and within countries. These, plus environmental pressures, mean who you are will affect your exposure and access to—for example—quality and affordable education and health care, sufficient nutritious food, good conditions of work and leisure, affordable quality housing, and built environments. Together these factors constitute the determinants of health and health inequities.

A social determinants approach suggests that health inequities are produced (and prevented) by policies, programs and actions within the health sector, as well as areas like trade, transport, agriculture, education and employment.

Recently, I have been looking into the effects of trade agreements on health and health inequities. Trade agreements can assist national economic development and improve living and working conditions including income security, adequate nutrition and access to affordable quality healthcare. Done badly, trade can create economic, social and health system conditions that are detrimental to health.

The TPP aims to extend foreign investment liberalisation and intellectual property protection beyond provisions in the multilateral World Trade Organization agreements. The TPP is also likely to include strong investor protections, introducing major changes to domestic regulatory regimes to enable greater industry involvement in policymaking and new avenues for appeal.

A trade agreement such as the TPP could limit the ability of governments to regulate industries that produce health-harming goods such as tobacco, alcohol and highly-processed foods (the consumption of which is highly socially graded). Governments need to be able to raise the prices of unhealthy goods, to restrict marketing and advertising, sale and distribution, and to regulate labelling of these products. It is vitally important, for example, to retain the ability to introduce new rules around nutrition labelling and advertising for food.

Reducing health inequities will not be achieved overnight—it requires a long-term view, political will at the highest level, and support by an empowered public sector based on principles of equity. The inter- sectoral nature of the determinants of health equity demands an inter-sectoral response. Hopefully the Prime Minister and Minister for Health will ensure ministers for trade, agriculture, education and employment, for example, each consider the impact of their decisions on the health of all Australians.

As researchers we have a responsibility to provide timely, scientifically robust multidisciplinary evidence that is fit-for-purpose. We need to keep shining a spotlight on health inequities. But we also need to identify action that can effectively reduce health inequities and we need better understanding of the dynamics between policy processes and use of scientific evidence under conditions of multiple policy agendas, power inequities and stakeholder engagements.