Biofuel production and the challenge for global food security

How higher oil prices and increased biofuels production have raised food prices and contributed to global poverty and chronic undernourishment.

In early 2008, global food prices rose at rates unprecedented since the food price shocks of the early 1970s, and the growth in first-generation biofuels production was a key contributing factor.

Crops, such as corn and soybean, that would have otherwise entered the food supply chain, directly or indirectly, became a feedstock in the production of ethanol or biodiesel.

The Organisation for Economic Co-operation and Development (OECD) reported that between 2005-2007 globally, more than half of the increase in demand of both coarse grains and vegetable oil was the result of their use as a feedstock in biofuels production.

The size of the pass through to higher food prices due to higher oil prices, or subsidies and fuel mandates for biofuels production, depends on multiple factors. The greater the substitution between biofuel crops and food crops, and the more constrained the inputs jointly used by biofuel crops and food crops, such as land and water, the bigger the effect of biofuels production on food prices. 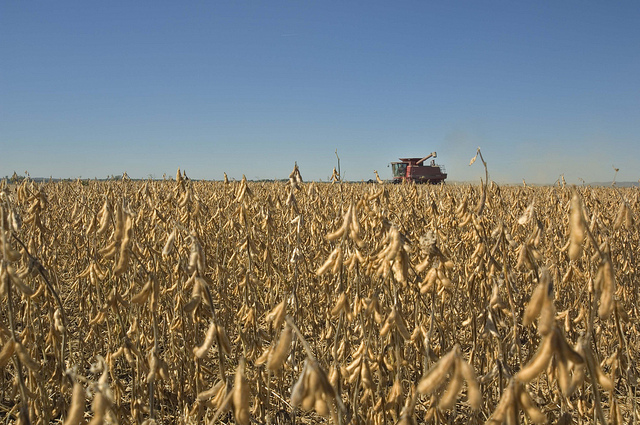 Using United States and global data, we estimated auto-regressive models of US and global food prices as a function of oil prices, GDP per capita and first-generation biofuels production, to provide an empirically-based assessment of the contribution of biofuels production to recent food price spikes, in terms of aggregate food price indexes rather than individual cereal prices.

What we found was that biofuels production and crude oil prices have significantly increased food prices in the US and globally.

During the global food price spike in 2008, increases in US biofuels production and the US crude oil price accounted for 38 and 41 per cent, respectively, of the increase in US food prices.

In addition, increases in global biofuels production and the global crude oil price accounted for 19 and 40 per cent, respectively, of the increase in global food prices.

Using EIA’s projected annual growth rate in global biofuels production of 2.7 per cent, if the global oil price from 2014-2040 grows as predicted by the EIA, the global food price in 2040 would increase by 41 percentage points, compared to the reference case where the global oil price remains at its 2013 level.

The key implication of our findings for global food security is that both higher oil prices and increased biofuels production have raised food prices and substantially contributed to global poverty and chronic undernourishment.

If high oil prices and large biofuels production continue, they would represent a clear and present danger to people currently undernourished or vulnerable to being undernourished.

Our findings indicate that feeding more than 9 billion people by 2050, and responding to current and future food security challenges, requires much more than an increase in crop yields per hectare.

It demands a comprehensive set of policies that account for the inter-linkages across food and energy, and policy approaches that support the livelihoods of the poor and vulnerable.

This piece is based on an article in the Food Security Journal:

R. Quentin Grafton FASSA is Professor of Economics, ANU Public Policy Fellow, Editor-in-Chief of Policy Forum, Convenor of the Global Actions on Human Water Security, Director of the Centre for Water Economics, Environment and Policy (CWEEP) at Crawford School of Public Policy at the Australian National University and Director of the Food, Energy, Environment and Water (FE2W) Network.

Hang To is a lecturer at Crawford School of Public Policy at The Australian National University.