Where the world is headed on current trends, and what Australia must do to help

Policy to lower emissions is crucial to mitigating the damage of climate change, but the numbers reveal that current action is grossly inadequate. Australia, and the world, must do more, Ian Cronshaw writes.

The climate crisis has unleashed a furore of discussion about carbon emissions and inadequate emissions reduction, but before we get to that, some good news. Collectively, advanced economies’ emissions peaked before the Global Financial Crisis, and they appear set to fall by about a third over the next three decades, driven by decarbonisation of the power sector, improved vehicle efficiency and electric vehicles, and marked improvements in buildings’ energy efficiency.

The European Union, for a start, can expect carbon dioxide-equivalent emissions to fall from 3.1 billion tonnes currently to 1.3 billion tonnes in 2050, led by an almost carbon-free power sector. Countries such as France, Sweden, and the United Kingdom even aim to be carbon neutral by 2050 or earlier.

The United States’ emissions are expected to fall by around a fifth over the next two decades, and even in China, the world’s biggest emitter, where they currently come to 9.5 billion tonnes/year, emissions are projected to peak at around 10 billion tonnes within the next few years, before declining to around 8 billion tonnes by 2050. This will come as incremental power needs will be almost completely met by low carbon sources and with the electrification of vehicles in China.

Much of this good news is thanks to two reasons. First, there has been a transformation in the global power sector driven by supportive policies and large and on-going declines in wind and solar costs. This cost change, coupled with increasing uptake of electric vehicles and much-improved vehicle efficiency – also driven by strong policy approaches – means that vehicle emissions are expected to grow only slowly, even as the demand for transport services rises rapidly.

While coal-fired power generation in developing Asia continues to increase, it appears to be slowing sharply. On the downside, the average age of coal-fired plants is only around 12 years in Asia, indicating many plants could still be in operation in 20 years’ time.

Now, for the bad news, especially for Australia. Australia is the fifteenth largest emitter on Earth. Its national greenhouse gas emissions peaked in 2007, falling over the period to 2014 when the carbon price was abolished. Since then, national emissions have more or less flatlined. But, if land use, land-use change, and forestry are excluded, its emissions trajectory to 2018 shows a slowing increase in emissions.

Official projections published in late 2019 estimate Australia’s 2030 emissions at 511 million tonnes, compared with 2019 data of 532 million, a fall of only four per cent. Nevertheless, change is happening. The power sector has seen more than 30 terawatt-hours of wind and solar enter the mix, driven mainly by the federal renewable target so that total renewables are around one-quarter of national power generation.

As a result, emissions from the power sector have fallen to today’s levels from 2016, although they did increase in the period 2014 to 2016.  Nationwide projections to 2030, which include the impact of state-based renewable policies for 50 per cent renewable power in Queensland, Victoria, and the Northern Territory, indicate that total renewable power, including hydro, will approach 50 per cent of total national generation in the next decade. Small-scale photovoltaic solar installations are also projected to more than double by 2030.

In total, the power sector sees emissions likely to fall by 27 per cent. Transport sector emissions, which have grown more than 60 per cent since 1990, driven mostly by increased diesel use, show some recent signs of slowing growth. They are projected to grow seven per cent by 2030, as fuel efficiency and electric vehicles slow growth. Electric vehicles are projected to be almost one in five of new car sales by 2030, despite a miniscule share now, and a lack of any national electric vehicle strategy. 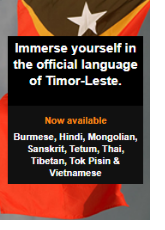 t a global level, despite recent progress, total greenhouse emissions continued to grow in the last two years to 33.2 billion tonnes in 2018.

Taking into account the policies announced by all governments to mid-2019, global energy-based emissions are projected to continue to grow to 35.6 billion tonnes by 2040, plateauing a few years after that, consistent with a temperature rise of 2.7 to 3.2 degrees.

The existential challenge, however, is keeping global warming to well below two degrees. To achieve this, emissions need to peak this year and then halve to 2040, falling further to 10 billion tonnes by 2050.

In sum, at a global level, current commitments for emissions’ reductions are grossly inadequate to bring about the rapid, deep change to the energy sector needed to avert dangerous and irreversible climate change. So, what needs to be done?

Efforts at a global level must focus on a much more rapid decarbonisation of the power sector, including renewables such as onshore and offshore wind, solar, and biofuels. For example, solar deployment would need to more than double from 2018 rates, so that 2040 output from solar would be more than 10 times current levels. Energy use in every application must become much more efficient, whether it be in housing, lighting, industry, or motor vehicles.

As in other advanced economies, for Australia, this would involve a much more ambitious renewable program in the power sector, underpinned by market settings that encourage investment in renewables and supporting technologies. Energy efficiency efforts would also need to be greatly accelerated in all sectors, including housing, where large shares of rental housing, both public and private, have very poor energy performance.

In the transport sector, Australia is one of the few rich countries without mandatory vehicle performance standards and also has a very high share, approaching 50 per cent, of SUV’s with higher emissions per kilometre travelled, in new vehicle sales. In addition, Australia has no national electric vehicle policy, contributing to the very low share of electric vehicles in new car sales.

In 2015, fuel use, and hence emissions, in Australia of new passenger vehicles was estimated to be 50 per cent higher than in the EU. A 2016 report concluded that aligning Australia with EU vehicle standards starting in 2020 would generate a net benefit to the economy of $14 billion per year, saving the average motorist $520 per year. This is yet another serious weakness of Australian emissions policy that must be addressed.

From a national perspective, if Australia were to contribute to advanced economies’ reductions commensurate with the overall reduction in that group, that would imply an emissions target of around 220 million tonnes by 2035 – around 40 per cent of today’s levels, which would require significant effort considering its current energy trends in transport and elsewhere.

In the absence of dramatic transformation in climate policies, both in Australia and internationally, we all face a much hotter world. The consequences of climate change could be truly catastrophic without immediate and concerted action. The way forward requires that all governments do much more in supporting and incentivising reductions in emissions, across all sectors, and to do so immediately.

Ian Cronshaw is a former consultant whose work with the World Energy Outlook team in Paris focused on global coal, gas and power developments. Prior to that, he was a Division Head at the International Energy Agency.