The incidence of reported polio cases tripled in Pakistan in 2014, despite national and global polio eradication programs, while internal unrest adds further roadblocks to Pakistan’s efforts to eradicate the disease.

This raises serious concerns for the health of children, and signals a failure to achieve worldwide eradication of polio as adopted by the World Health Assembly (WHA) in 1988.

Health professionals unanimously agree that even one infected child poses a serious risk of children contracting polio. Health economists estimate that eradicating polio would save at least US$40–50 billion over the next 20 years, mostly in low-income countries. It would also mean that children would never again suffer the terrible effects of lifelong polio-paralysis.

It is of particular concern that the virus is popping up in countries previously free of the disease, such as Syria, Somalia and Iraq, and considering the civil war and unrest in those regions, any effort to contain it would be challenging.

Failure to stop polio in these areas can potentially result in as many as 200,000 new cases every year, within 10 years. In May 2014, the World Health Organisation (WHO) imposed travel restrictions on Pakistan for its failure to control the spread of the virus, and many countries have mandated a polio vaccination for travellers from Pakistan.

WHO defines polio is a highly infectious disease caused by a virus invading the nervous system and causing total paralysis within hours.

There is no cure for polio, only prevention through a vaccine which, if given to children under the age of five, protects them for life. As the virus can potentially transmit through human contact through the fecal-oral route, or contaminated water and food, it continues to poses a serious threat to global health.

Pakistan lacks a proper sewerage system and incidents of sewerage contaminating water are common in urban areas, while rural communities have almost no system in place.

Surveillance programs for polio eradication were established in 1997, and a functioning surveillance system exists at national, provincial, and district levels and remains a cornerstone of the strategies for polio identification and eradication.

For the last few years it has been effectively used to confirm the diagnosis of poliomyelitis by isolating and identifying poliovirus from the stool. The WHO has helped establish laboratories to provide this service, and these labs play a key role in certification of polio cases and by verifying the absence of wild poliovirus circulation. 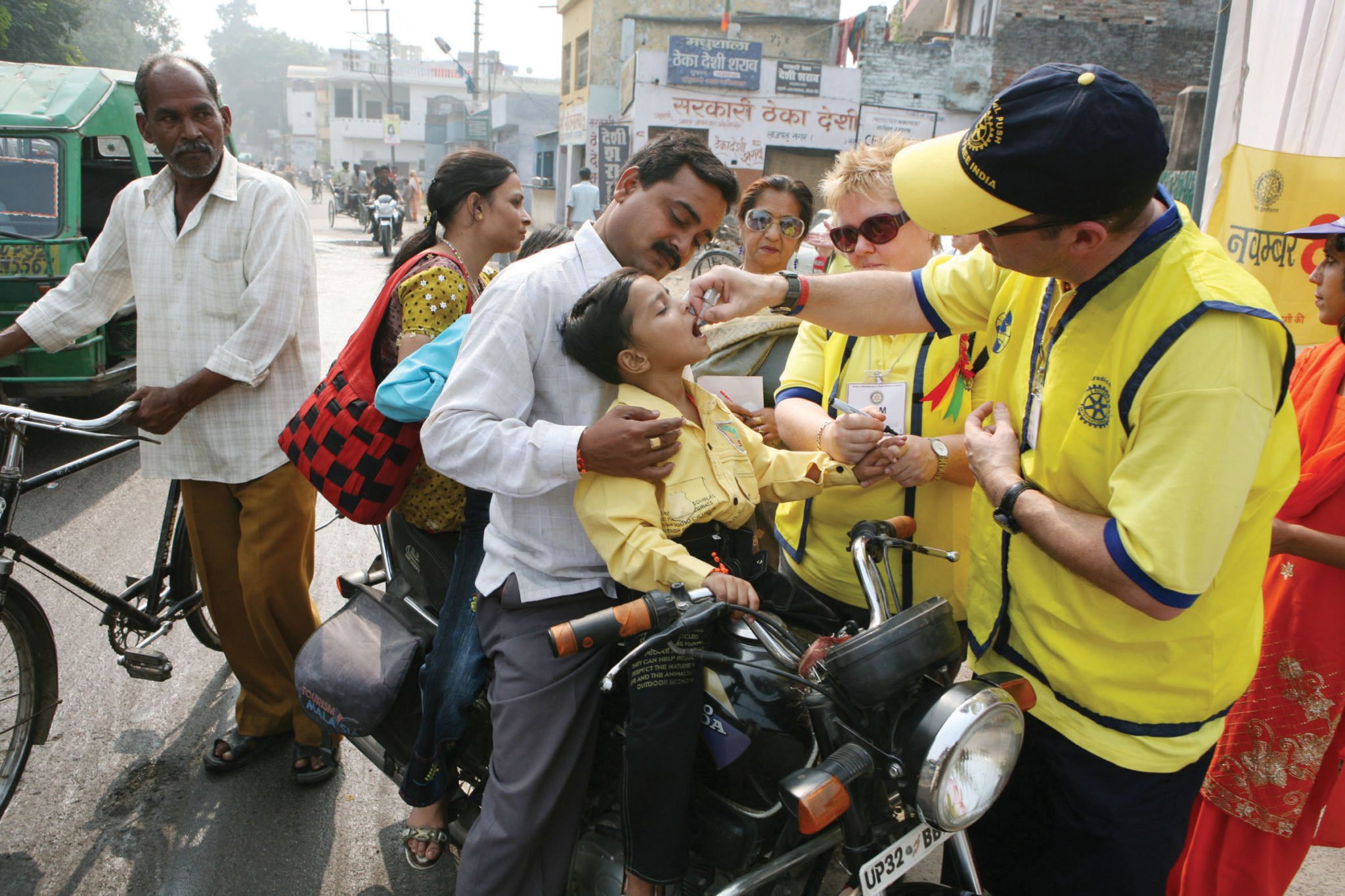 Since 2009, Pakistan has conducted environmental surveillance to detect polioviruses in sewage water in strategic locations in large cities of the four major provinces. The National Emergency Action Plan (NEAP) 2014 for polio eradication was a response to the alarming rise in polio cases.

Polio vaccination is high-risk work and there have been multiple attacks on health workers by Taliban-aligned militia. In the last two years, over 56 polio team workers have died in different provinces.

Radical clerics have long opposed vaccination programs in Pakistan, even declaring polio vaccine not only “a conspiracy of the West’ and a “Judo-Christian conspiracy” to make children infertile, but also against the tenets of Islam.

These religious clerics and sympathisers continue to run an anti-vaccination campaign, and tensions were further fuelled when it emerged that the CIA (United States Central Intelligence Agency) used a polio vaccination campaign run by Dr Shakil Afridi to collect information that led to the 2011 military operation in which Al-Qaeda leader Osama bin Laden was killed.

Polio statistics highlight the problems regarding access to vaccine; lack of security for health team workers; access to remote area; and lack of accurate data on internally displaced people, especially from the federally administered area (North and South Waziristan).

Polio cases over the last six years indicate a strong link between the security situation, militancy, the military operation against the Taliban and internal displacement in 2010 and 2014, so it is no surprise that polio cases have emerged in urban centres such as Karachi, but also in remote areas in Punjab during this period.

Internal migration patterns are another critical factor, as people move to other areas with children who have not been vaccinated due to the militants’ hold in tribal areas.

To eradicate polio, Pakistan would need financial assistance through WHO and UNICEF to continue to run the vaccination program in coming years.

Internally, Pakistan needs to have an effective vaccination and hygienic living campaign, that involves religious leaders and clerics, to effectively deal with the orthodox Islamist’s propaganda.

Iran has successfully engaged religious clerics in its population planning programs, providing a model for effective use of mosques for public policy formulation.

In Pakistan, local bodies could have been an effectively used for such programs have remained near defunct since 2008 (except Baluchistan where elections were held in late 2013).

Local bodies need to be administratively and financially empowered to deliver these basic services. The government should make a serious effort to provide clean drinking water and a proper sewerage system to contain poliovirus.

Most importantly, it needs to make a continued effort to curb militancy and maintain law and order in all its jurisdictions, including tribal areas.

This is the key to keeping the children in the world safe from poliovirus.