In the line of fire

Smarter solutions that can protect communities.

Increasing populations and land pressures mean that people are living in harm’s way of natural hazards. So what can the region’s policymakers can do to minimise the risks?

Shrouded by mountain mist a potato farmer in the Dieng Plateau of Central Java tends to his steeply terraced plot. Nearby, steam and poisonous gases rise from a volcanic crater. The active volcanism beneath the fields brings both fertility and danger to the inhabitants of this highland place.

Closer to home, our urban fringe continues to sprawl towards dry eucalypt forest. As our cities expand and people seek a ‘tree-change’, areas prone to bushfire are inhabited. The Australian bush provides a tranquil place to live, yet once ignited becomes a dangerous inferno threatening homes and lives.

It’s a pattern being repeated around the world. With population and land pressures increasing, people are inhabiting inherently dangerous places—the land surrounding volcanoes, flood-prone river banks or fire-prone bushland to name a few. 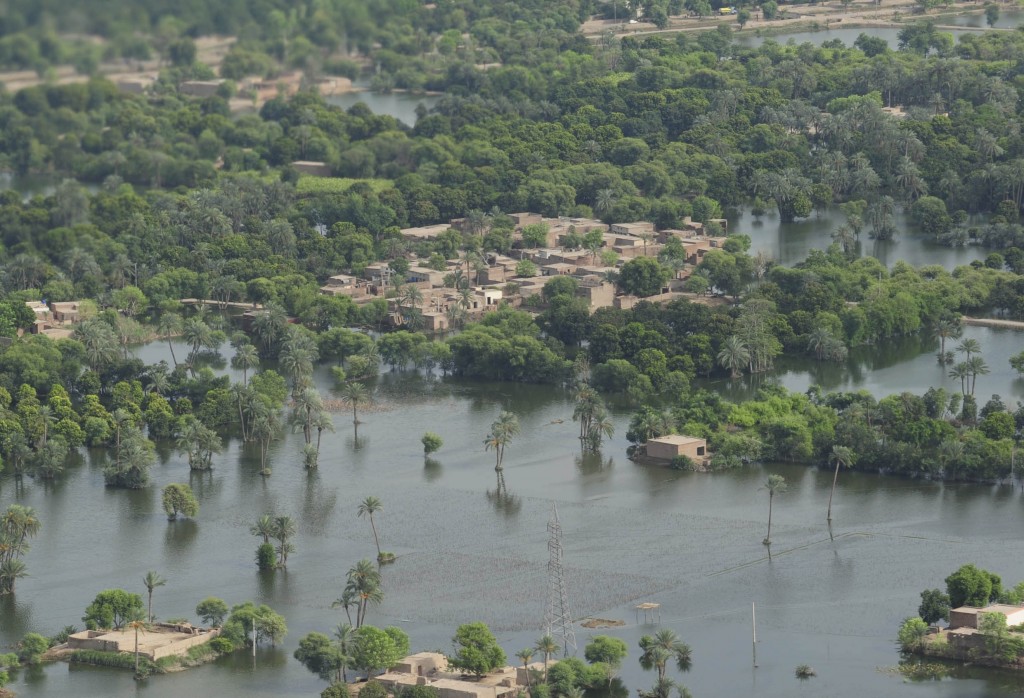 Spatial planning is one method that can be used by the public sector to limit the distribution of people and infrastructure in hazardous areas. It goes beyond land-use planning to integrate policies for the development and use of land with broader economic, social, environmental and disaster risk reduction policies.

Yet to be effective it needs commitment from governments and communities alike. In a world where population growth and climate change are increasing both the likelihood and the severity of disasters, a review of spatial planning practice is necessary. We need to not only understand if and how spatial planning laws are implemented, but also the social and economic factors that influence their implementation.

Adherence to rigid spatial planning laws can be difficult, restrictive to growth and politically contentious. So instead, we often place excessive trust in mitigation and engineering efforts. Yet as the 2011 Tohoku earthquake and tsunami in Japan demonstrated, even the best engineering efforts informed by world-class scientific modelling, can fail in catastrophic circumstances.

Have we learned that lesson and incorporated it into other planning and mitigation efforts globally? In Indonesia’s capital of Jakarta flooding is a constant occurrence during the wet season. Prolonged rainfall, combined with high tides, floods settlements, particularly those situated along the northern coast. These flood events are predicted to increase dramatically as the city of Jakarta subsides and sea level rises. Yet this risky location is home to an ever-increasing number of people.

One plan currently on the table to combat this rising risk is the enclosure of Jakarta Bay. Proposed by a Dutch consultancy in collaboration with the Indonesian Government, it involves the construction of a massive sea wall and large areas of reclaimed land seawards of the present-day shoreline. A series of pumps would then expel water from the enclosed bay, protecting Jakarta’s shoreline from inundation.

Yet how would such an ambitious engineering feat bear up during an earthquake, tsunami or severe storm event? By relying exclusively on engineering solutions to allow settlements and infrastructure to survive in hazardous areas, we are also building a legacy of engineering solutions that could fail catastrophically in the event of an unforeseen hazard.

With the limitations of engineering and mitigation solutions in mind, we also need to ask how can we protect those who are already occupying hazardous locations, particularly as they are often the most vulnerable in society. Forcible relocation is often not feasible, due to the costs involved and the encroachment on people’s rights.

Last year, under Jakarta’s then governor and now President Joko Widodo, many illegal settlements fringing Jakarta’s waterways were relocated. While not all residents were supportive, the provision of alternate accommodation meant that the enforcement of spatial planning laws did not unduly disadvantage the most vulnerable.

The relocation of people from Jakarta’s waterways demonstrates how difficult it is to implement spatial planning retrospectively. This is why we need to tighten controls for the future to ensure that the same mistakes are not made. And as infrastructure and settlements are purposely built in safe areas, we may see the gradual shift of population away from hazardous areas.

The recent report from the Royal Commission into Australia’s 2009 ‘Black Saturday’ bushfires provided some useful recommendations along this theme. The report suggests that construction is prohibited in certain high-risk areas. And while these restrictions cannot apply to homes already located in high-risk areas, a voluntary retreat and resettlement strategy is proposed. If, and how, this will be implemented is yet to be seen.

As the impact of natural hazards increases worldwide, we need to better think about and implement solutions that can protect communities. Rather than relying exclusively on our ability to engineer solutions we should also be thinking about why we occupy such hazardous areas at all.

With a rapidly-expanding global population, the development of key assets and infrastructure in potentially dangerous locations, and an increased likelihood of hazards with climate change, the need for better spatial planning is more important than ever.