Overvaluing men, boys, and a masculinity that denigrates women and femininity is key to India’s lack of gender equality. It’s time to solve a policy and a social issue, Pangri Mehta writes.

Gender inequality has had a tremendous influence on women’s and girls’ quality of life and health in India. Despite it being a constitutional right in the country, reports such as the Gender Inequality Index, Human Development Index, United Nations Development Program’s Human Development Report, and the National Family Health Survey consistently rank India as having one of the highest rates of gender-based discrimination and inequality among all developing countries.

These reports largely focus on gender inequality as a “women’s issue” and explicitly outline how gender discrimination precludes women and girls from having proper access to decent paying jobs, education, healthcare, legal justice, and power over their own bodies.

There is no doubt that contemporary gender inequality has deep roots in religion and nationalist discourse. The privileging of men over women within Hinduism, the dominant religion of the nation, as well as Hindu mythology and Hindu religious practices are well-documented by Rashmi Goel in her academic article, Sita’s Trousseau: Restorative Justice, Domestic Violence, and South Asian Culture.

Feminist legal scholars, such as Sadhna Arya, have also examined how the nationalist discourse used during India’s struggle for independence from British rule used the home as a principal site for asserting spiritual and cultural superiority. This discourse also reinforced patriarchal assumptions about it being in “women’s nature” to have inclinations toward self-sacrifice, and taking care of the home.

In effect, patriarchy as a social system and an ideology of dominance has underprivileged and devalued the lives of women and girls. This is demonstrated time and time again: when domestic labour in the private sphere is primarily regarded as “women’s work,” often unpaid, and largely not recognised as “real work”; when educational opportunities for girls are snatched away because a future of working as an undervalued and underpaid domestic labourer has already been decided for them; when women are subjected to symbolic and physical violence because they are assumed to be objects for men’s dominance and pleasure; and when police reports of such violence, including dowry deaths or the exploitation of women, are either not filed or “closed” without proper investigation. 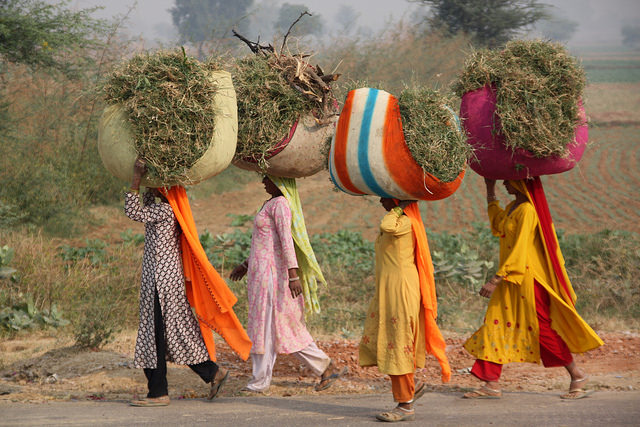 In the struggle for gender equality, it is important to understand the unique and complex challenges women and girls confront, and the specific ways that policies, institutions, and systems must change in order to advance social justice.

The focus on women’s self-empowerment and economic independence is essential. However, what is equally important is how these conversations also reflect dominant patriarchal ideology that frames gender inequality as a women’s issue to be solved by them alone.

The responsibility of striving toward gender justice is consistently regarded as an issue facing women and girls, and one can get the distinct impression that it is their battle to fight. Within the framework of gender justice as a “women’s issue,” it is rarely men, dominant masculinity, and patriarchy that are seen as complicit. In order to understand the complexity of gender inequality and move toward tangible and sustainable gender justice, it is essential that we address how the overvaluing of men, boys, and a masculinity that denigrates women and femininity has contributed to this unequal balance of power.

Further, the overvaluing of men and de- or under-valuing of women produces an environment where boys and men are less able to see the importance and worth of girls and women beyond them being objectified for either labour or sex. This inhibits men’s abilities to develop meaningful relationships with women.

Social change requires not only a change in policy, but also in behaviour and attitudes. While affirmative action policies, including those mentioned in India’s Constitution, which are aimed at increasing women’s representation in government and education, may give the appearance of providing women and girls with opportunities for advancement and self-empowerment, this will not be enough to sustain any real kind of change — unless there is a shift in ideology.

This requires recognising that gender inequality and discrimination against women is not just a “women’s issue,” but a social problem that is harmful to all people. By emphasising a pragmatic approach to political recognition, we can encourage debate to highlight the ways that the active pursuing of gender equality ultimately benefits society as a whole.

It is only through such comprehensive initiatives that India will truly realise gender equality, and society as a whole will benefit.

Pangri Mehta is a sociology doctoral candidate at the University of South Florida. Her dissertation examines racial and ethnic identities and socialisation strategies among Indian immigrant families.