Fires in Indonesia are burning out of control, with pollution levels breaking records. Forward planning could prevent such environmental and public health catastrophes

The fires in the degraded peatlands of western Indonesia are an environmental and public health catastrophe, writes Robert Field.

The degraded peatlands of western Indonesia are currently burning out of control. Pollution levels have broken most records since NASA’s current fleet of pollution-monitoring satellites was launched in the early 2000s.

A persistent smoke plume stretches from India to the Philippines. Much of southern Kalimantan cannot actually be seen from space because the smoke is so thick. On the ground, visibility is less than 10 per cent of normal in many places, 5 per cent in some.

When the final emissions numbers are in, the 2015 event is expected to fall somewhere between the severe episode of 2006 and the haze disaster of 1997/98. It is an environmental and public health catastrophe, all the more so because we knew six months ago that it could happen.

Fire in Indonesia is all human-caused, set to clear logging and agricultural waste, and escaping into deep, combustible peat soils. Because the fires burn underground and in remote locations, they are extremely difficult to fight, and are more likely to burn non-stop until monsoon rains return.

These events have occurred every decade in Kalimantan since the 1980s and in Sumatra since at least the 1960s during El Niño-induced droughts. In some ways, they are the world’s worst air quality episodes and are a large part of what makes Indonesia a disproportionately large greenhouse gas emitter: Indonesia has nearly twice the CO2-equivalent emissions of Brazil, but has an economy less than half the size.

This is not burning for shifting cultivation, which, arguably, is sustainable at small scales when based on a foundation of traditional indigenous knowledge. This is large-scale burning atop huge carbon stores that should not have ever happened.

Eliminating the problem will require alternatives to burning and reforming land management and stakeholder rights in the context of Indonesia’s decentralised governance, economic goals and commitment to global environmental treaties. International demand for cheap palm oil and wood fiber needs to be tempered by the realisation that it is ultimately driving the problem.

Realistically, this will take years, probably a decade. Until then, we need to prepare for inevitable episodes in the near term. This will entail some combination of prevention, enforcement of the zero-burning laws in Indonesia, fire-fighting response, and mitigation of the fire and haze that remain. 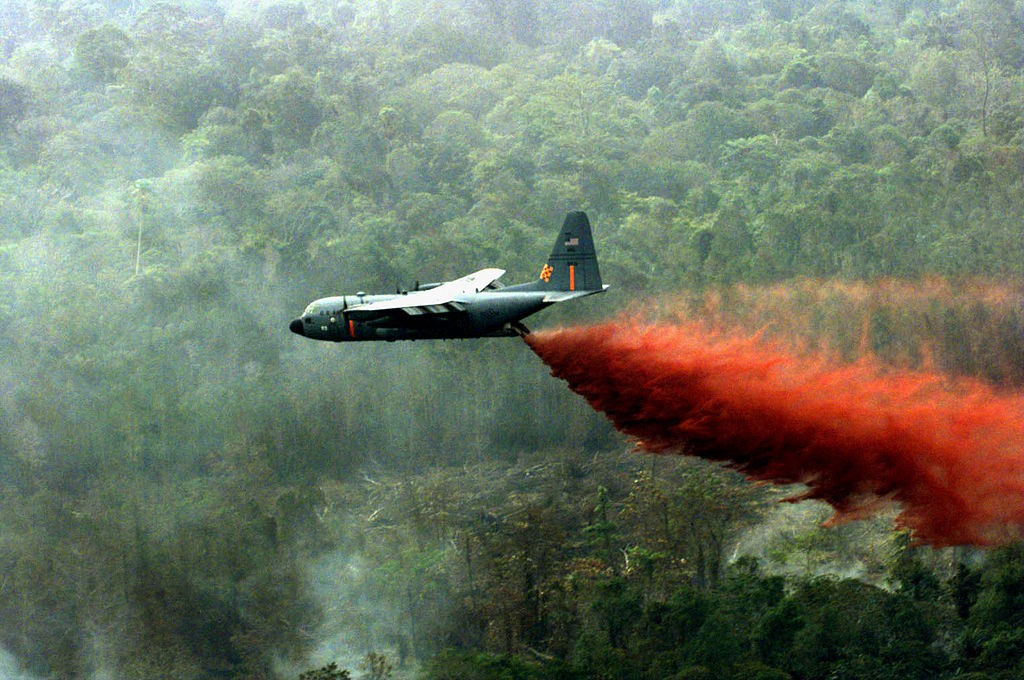 There has been meaningful progress on the ground this year. The Indonesian government has mobilised thousands of fire fighters and military personnel, and the more progressive concession holders have taken it upon themselves to mobilise their own fire-fighters. International help from Singapore, Malaysia, Australia and Russia is a new and positive development.

But the reality is that action needed to be taken months ago as the forecasts began locking in on a strong El Niño. Doing so is not unrealistic. The precedent for large-scale mobilisation has been set, as has Indonesia’s willingness to accept outside help. It was just too late.

Nowhere in the world is the impact of El Niño more direct than on Indonesia. Because El Niño events can, more and more, be anticipated months in advance, so too can rainfall over Indonesia.

My colleagues at the International Research Institute for Climate and Society produce a widely-used, state-of-the-art seasonal forecast by combining individual forecasts from multiple models. These forecasts are used through the ASEAN Specialised Meteorological Center hosted at the Meteorological Service of Singapore.

Like all forecasts, these are imperfect, and will sometimes over-predict (as in 2014) or under-predict drought (as in 2006). But the stronger the event, the better the skill of the forecast. In April of this year, the forecasts hinted at a more pronounced dry season. By mid-June, the forecast had locked in on August-November drought of a strength not seen since regular IRI forecasts began in 1997.

This presented at least a one-month window for prevention measures to be triggered in full force, and for domestic and international fire-fighting resources to be mobilised in advance. One can imagine that the thousands of personnel now fighting the fires would have been much more effective in May, warning landholders large and small of the impending drought.

Other than Singapore’s offer of assistance in early June, I am unaware of any systematic, traceable action being taken commensurate with the strength of the forecast. Perhaps the forecasting and scientific communities bear some of the responsibility for not being vocal enough about the impending drought.

The ASEAN Agreement on Transboundary Haze Pollution was signed in 2002 and ratified by Indonesia in 2014. Short-term, the main test of the Agreement’s relevance is whether full-scale action is taken before the fire season when it is still raining, but when the models agree it will soon be dangerously dry.

Once the current episode is over, establishing these triggers should be ASEAN’s first priority in addressing Indonesia’s haze problem.

Robert Field is a Columbia University Associate Research Scientist based at the NASA Goddard Institute for Space Studies.