The Iran nuclear deal isn’t perfect, but it may be the most significant agreement on Middle Eastern affairs since the Oslo Accords.

The Iran deal imposes a robust transparency, inspections and consequences regime on Iran’s nuclear program. It also means that diplomacy won the day. Ramesh Thakur analyses what it means for Iran, the region and the world.

The Iran deal may be the most significant agreement on Middle Eastern affairs since the Oslo Accords of 1993. It could prove the signature achievement of Iran’s President Hassan Rouhani and the defining foreign policy legacy of US President Barack Obama. It is not a perfect deal for the West as it does not roll back Iran’s nuclear program nor end all its enrichment. It is not the best possible deal for Iran because sanctions will be phased out only gradually over five to eight years, and can be restored rapidly if the agreements are violated; and because the International Atomic Energy Agency (IAEA) will have more intrusive access than to any other country that has not been defeated in war.

But it is a good deal because it is acceptable to all parties – the essence of diplomatic negotiations. The Joint Comprehensive Plan of Action will be translated into a new United Nations Security Council resolution that will replace and supersede six earlier sanctions resolutions imposed on Iran over its nuclear program.

The agreement imposes a robust transparency, inspections and consequences regime on Iran’s nuclear program. Almost two-thirds of its installed centrifuges will be removed and stored under IAEA-monitored international supervision, leaving Iran with just over 6,000 and 5,000 installed and operational centrifuges, respectively. Its stock of enriched uranium will be cut by 98 per cent to just 300kg.

The agreement will halt and reverse Iran’s weapons-sensitive nuclear program over the next 10 years, with parts of the agreement extending even longer. Iran’s plutonium pathway to the bomb will be closed down completely and the highly enriched uranium pathway will be severely curtailed. Iran will not enrich uranium to above 3.67 per cent (well below weapons-grade), nor build any new enrichment facilities or proliferation-sensitive heavy water reactors.

The IAEA will have a broader and deeper inspections regime with enhanced access to Iran’s nuclear facilities, uranium mines and the supply chain that supports its nuclear program. The Agency can monitor military sites but Tehran can challenge requests for access, in which case a joint arbitration board of Iran and the six world powers (China, France, Russia, the UK and the US as the five permanent members of the UN Security Council, plus Germany) would decide on the issue. Thus the IAEA gains more extensive but not automatic access.

As a result, over the next decade Iran’s “breakout” time (the time needed to acquire enough fissile material for one weapon) will be extended from the current two to three months – even though sanctions since 2003 have hurt, Iran has steadily shrunk the breakout time over that period – to at least one year. Importantly, even after all elements of the deal expire in 10-15 years and Iran resumes some enrichment activities, its permanent Nuclear Non-proliferation Treaty (NPT) obligation not to acquire nuclear weapons will remain in place.

In return, Iran gets the promise of a phased lifting of the approximately US$100 billion worth of international sanctions, an acknowledgment of its “inalienable” right to an enrichment program, and a sunset clause on the restrictions on its nuclear program and research. Sanctions can be restored in 65 days if Iran violates the deal. Tehran’s red line was to retain a latent weapon capability as a hedge against an uncertain future security environment within an inspections regime of its nuclear facilities, materials and activities.

An unexpected late obstacle to a deal was the arms embargo on Iran’s missile program. It has the largest missile arsenal in the region and the widest array of missiles, but they are not very accurate and Tehran lacks the technical capacity to miniaturise warheads to fit on missiles. In the bloody eight-year war of attrition caused by Saddam Hussein’s attack, including with chemical weapons, Iran’s government and people discovered the value of missiles as a defensive shield against Iraq’s indiscriminate bombing, and they are not prepared to abandon this. 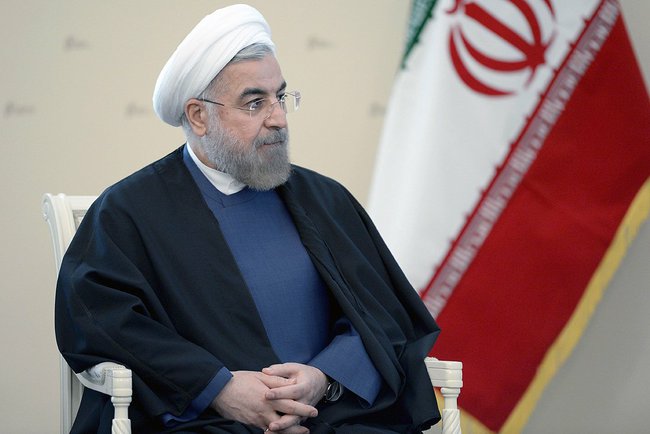 China and Russia wanted the sanctions lifted as they were not related to Iran’s nuclear program. But for Washington, missiles enable Iran to support groups like Hezbollah against Israel and could in future give it a potent long-distance aggressive capability, in the event the arms embargo and missile sanctions will phase out after five and eight years respectively.

Both sides will return to their respective capitals and try to convince deeply sceptical and hostile conservative opponents of the overall merit of the new agreement. A new treaty requires United States Senate ratification and thus can be blocked by a one-third minority. This is not a treaty. Opposition in Congress can be neutralised by a presidential veto and opponents will not have the necessary two-thirds majority in Congress to override the veto.

There is already a hard core of US Congressional opposition. Critics charge the deal merely ‘kicks the can down the road’, postponing without resolving the crisis over Iran’s nuclear program. It will embolden Tehran, which can strengthen its economy for a decade and then resume weapons-related preparations, and thus it will fuel a nuclear arms race.

Saudi Arabia has indicated it will seek the same level of nuclear capability as Iran. Other Arab countries might redouble efforts to denuclearise Israel through a regional nuclear-weapon-free zone. Israel will continue to attack the deal because it permits a nuclear weapons capability, does not require dismantlement of Iran’s enrichment infrastructure and has not answered questions on the possible military dimensions of Iran’s past nuclear program. But the IAEA says it has agreed to a “roadmap” with Iran on how to resolve this.

In Iran there is much wariness about drinking from the poisoned chalice of any agreement with Washington. The West does not have a good reputation in much of the rest of the world on fidelity to package agreements and is mistrusted as taking an overly lawyerly approach, from the 1954 Geneva Agreements on Indochina to NATO’s expansion to Russian borders.

The predictable “nattering nabobs of negativism” notwithstanding, we should have a 15-year respite from the threats of an Iranian nuclear bomb and of Iran being bombed, Inshallah.