Valuing Indigenous cultures is about more than crafts and carvings.

The ever present pressure for assimilation in Australia means there is not much room for indigenous identities in our national fabric.

However sympathetic we are to ending Indigenous disadvantage, Australia is – in our hearts and instincts – assimilationist. This is part of the success of closing the gap as a spur to engagement.

Australians are strongly attracted to equality. Allowing Aboriginal and Islander Australians to be equal is what was overwhelmingly supported in the 1967 referendum. Of course we want them to be equal, and indeed to be just like us.

In my earliest years, I would have excused any Indigenous person for saying the world was against them. In 2014, they have many allies. It is this broad community engagement which has led me to proclaim this as the most hopeful period of my life.

The determination of the present government to achieve change is clear. The Government has in train a wholesale reorganisation of its programs and their administration; 150 programs are to be converted into five streams, enhancing the capacity to work flexibly at the local level and escape the program and departmental silos which have hindered sensible local action.

These changes are immensely ambitious and I have detailed elsewhere my concerns, not about Commonwealth intentions, but its capacity to deliver. Too much is trying to be done too soon. There is a risk there will be unintended destruction of value in current programs unless decisions are finely tailored to on-the-ground realities.

In addition, the receptiveness of Indigenous communities to this new approach and preparedness to engage will be affected by current issues like proposals to close down remote communities, the demand for 99 year leases under the 1976 Northern Territory Lands Right Act, and whether a constitutional amendment for recognition around which all Australians can coalesce can be devised. One predictable thing is that missteps on any of these issues could unite Indigenous opinion against Government measures generally, and further set back the cause of reconciliation. 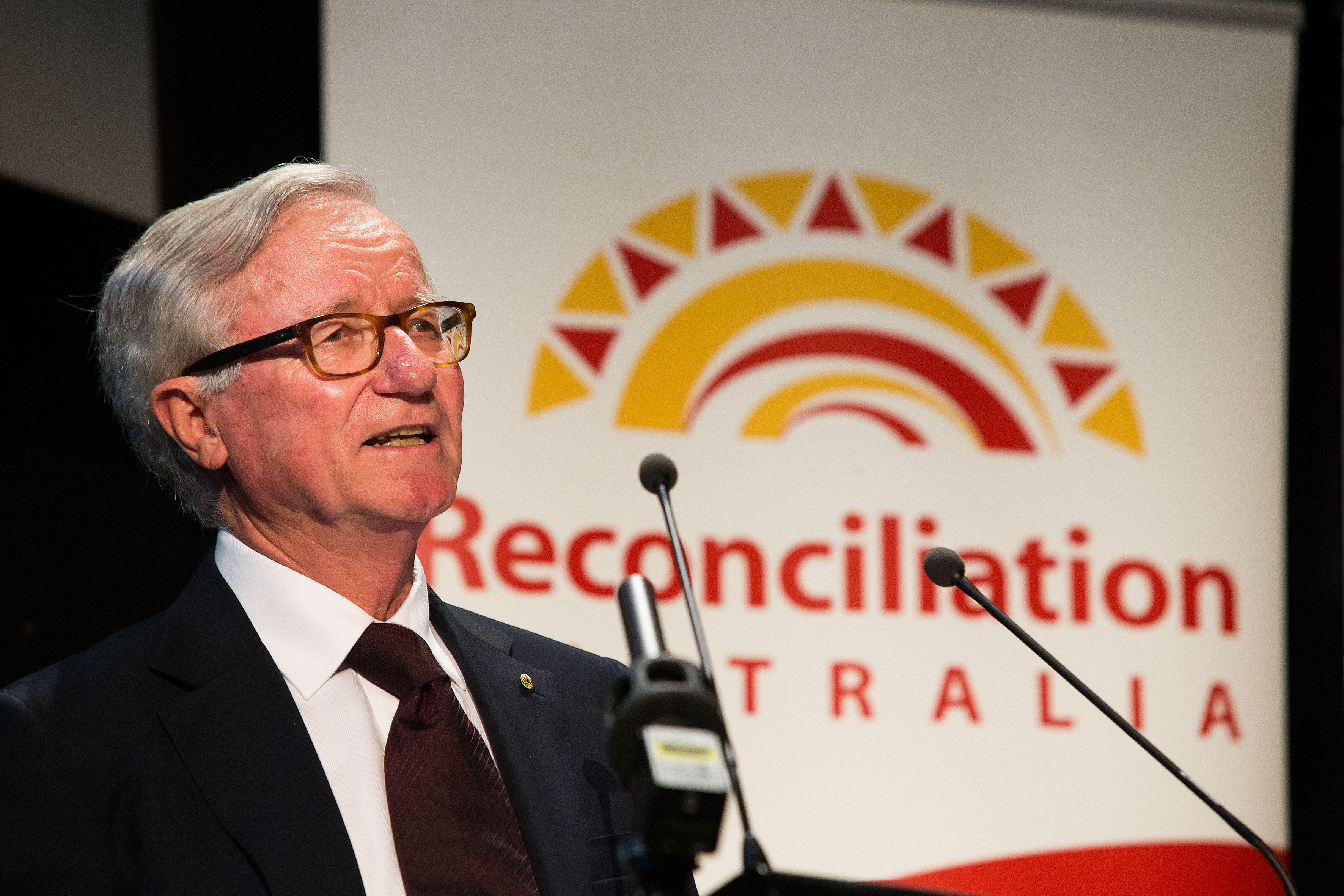 What is troubling me is the ever-present pressure for assimilation. There is much in Australia today to suggest that we are not very interested in allowing room for Indigenous cultures to continue to be part of our national fabric. Whatever lip service we offer the world’s oldest living cultures, the clear message from our actions is that our main concern is to bring Indigenous individuals into full enjoyment of their rights and duties as Australian citizens.

There is no clear message that we understand and value these cultures as part of our nation. There is no indication from our actions that we will preserve sufficient space for the Yolnu, the Noongah, and so on, to retain collective identities and distinctive cultural spaces. In the case of remote communities that still observe practices close to those of pre-settlement cultures, the policies of successive governments seem designed to strangle them.

Current policies now threaten to close many communities down and to dump their populations on the fringe of towns, to rot as they were left to rot as fringe dwellers in the 1960s, following the equal wage case. If indigenous people were to choose to assimilate, to forego any ongoing collective identity, to simply join other ethnic or cultural groups as individual Australians with an acknowledgement of past identity – presenting as equal Australian citizens and no more – fine. But that is a matter for them.

The culture and the values of native people amount to more than crafts and carvings. The tradition of decision-making by consensus, their respect for the wisdom of their elders, a concept of the extended family, their belief in a special relationship with the land, their regard for the environment, their willingness to share – all of these values persist in one form or another within their own culture, even though they have been under unremitting pressure to abandon them.

This is what has so impressed me about the people on whose land I live, the Noongah people. Their history is one of dispossession, dispersal, extraordinary bureaucratic interference with every aspect of their lives and families, including child removal for non-welfare reasons. Yet they have endured as peoples, as collectives, able to negotiate with the Western Australian government on that basis. Their survival as peoples is a triumph of the human spirit.

For those with whom we seek to reconcile – Indigenous Australians – equality is important, but not enough. The question remains to be answered; are we big enough, generous enough, to provide room for the world’s oldest living cultures to find their continuing futures?

This article is based on the 2014 Annual ANU Reconciliation Lecture, a video of which can be watched here.