The 2015 Singapore election delivered a strong mandate to the ruling People’s Action Party (PAP), which won just under 70 per cent of the popular vote.

Much of this success can be attributed to the PAP’s handling of the country’s foreign manpower policy, which has significant economic and national security implications for the island nation.

Other factors certainly contributed to the result, including the strategic timing of the elections, which came shortly after the country’s 50th anniversary celebrations and the death of long-time leader Lee Kuan Yew.

But the PAP’s triumph was built on the government’s ability to respond to concerns over rising inequality and related social issues associated with the foreign manpower policy.

Foreign manpower took centre stage in this year’s General Election when the Minister of Manpower, Lim Swee Say stood for election in the hotly contested East Coast Group Representation Constituency seat. Many argued that the East Coast GRC election results were a de facto referendum of the PAP’s handling of the foreign manpower issue.

The “foreign manpower issue” has been brewing in Singapore over the past 15 years as a result of rapid socio-economic transformation. The combination of skyrocketing living costs and poor public family support structures created an environment that discouraged higher fertility rates. This quickly developed into a potential threat to economic growth, as the country lacked the workforce to alleviate the impact of the demographic crunch within the labour market.

Following the Asian Financial Crisis, Singaporean policymakers opted to pursue a liberal foreign manpower policy that attracted significant numbers of both high and low-skilled labor to fill in gaps in the labor market from. By the late 2000’s over a third of Singapore’s labour force was foreign.

This policy approach was never going to sit easy in a country where an understanding of the very fragility of its national existence in a hostile neighborhood is part of its DNA. The scale of the surge of foreign workers, initially justified in terms of robust economic growth, started to overwhelm many of the Singaporean “core” as well as present significant integration challenges, as Prime Minister Lee acknowledged in a recent interview:

“If we have no foreign workers, our economy suffers, our own lives suffer. (If) we have a lot of foreign workers, the economy will do well, (but) we have other social pressures, other problems with our society which are going to be very real and which we have to take very seriously and which we cannot accept.”

So how did the PAP manage to mitigate the issue in the 2015 election?

After the shambolic launch and justification of the 2013 Population White Paper the government created a new narrative on foreign manpower policy, which it identified as the key “battle of ideas” at the election.

Mr Lim’s speech at East Coast GRC outlined the government’s narrative. In it, he linked the genesis of a robust foreign manpower policy to the sustained instability caused by the 1997 Asian Financial Crisis, the 2003 SARS epidemic and the 2008 Global Financial Crisis.

According to Lim, the fluctuations of investment and labour caused by business cycles and other external threats meant that Singaporean jobs were excessively exposed to economic recession.

Hence, an economic strategy that provided a generous supply of labor allowed local and international firms to implement ambitious projects that would otherwise be impractical under local manpower constraints. 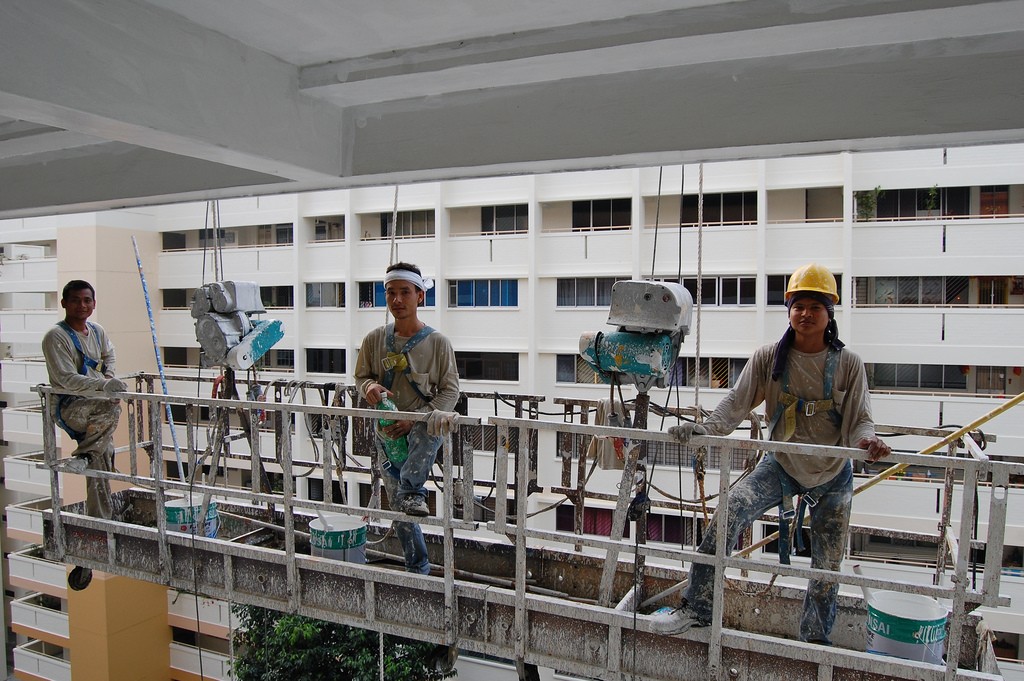 The election results show that the silent majority of Singaporeans who remain employed despite a tough international economic environment bought the story. East Coast GRC was taken by the PAP with a comfortable margin.

Does this success mean the controversy has been settled for the foreseeable future? This is highly unlikely for two main reasons. First, Singapore’s psyche, based on the idea of a very fragile existence, is at odds with the sacrifices and risks of having one third of the country’s labor force composed of foreigners.

The idea that a small nation cannot afford to be complacent in a hostile neighborhood was repeated ad nauseam by the late Lee Kuan Yew and during the 50th anniversary celebrations.

The idea that Singaporeans might be outnumbered in their own country and the perception that foreign professionals were being preferred over Singaporean citizens in job openings, as well as issues in integrating some foreigners, have touched a nerve in the electorate. It is unlikely that the PAP can or will dismantle this cultural mindset that has served it so well in the past.

The second issue is that foreign manpower policy is very strongly linked to the country’s overall economic policy. Foreign manpower shortages, according to Minister Lim, have already been hitting Singapore’s small to medium enterprises (SMEs) hard. That is a concern given that SMEs account for 70 per cent of total employment in the country.

Given the sensitive political environment, the scope for growing foreign manpower is very limited. As a result, the government has been cornered into fast-tracking an increase in productivity as a way of decreasing the country’s reliance on cheap labor and sustaining economic growth. But given the difficulty of achieving widespread growth in economic productivity, foreign manpower will remain a contentious issue for some time to come.

As the struggle for increased economic productivity takes over the policy discourse in Singapore, important questions remain unanswered on foreign manpower policy.

First, how robust is the justification for increased foreign manpower reliance from an economic standpoint, and what was Singapore’s actual economic exposure to foreign shocks?

Second, were Singaporean jobs really saved by this policy shift? Who benefited most from a liberal foreign manpower policy? Or, put in another way, were the benefits of the policy equally distributed between large multinational companies, local SME’s and ordinary Singaporeans?

Finally, what role does the PAP’s foreign manpower policy play in increasing the relatively high level of inequality in Singapore?

These are important questions in a policy debate that will continue to dominate the coming decades. Singaporeans and their government ought to bounce quickly from the jubilee celebrations to tackle these issues head on.