As an academic, analyst, senior public servant, political staffer, think tank specialist and journalist, Professor Hugh White has been part of the policy process from almost every angle.

Yet the centrifugal force that has directed his career has always been strategic policy questions and the art of injecting simplicity into the knot of complexity that surrounds policy decisions.

“One of the things policymakers and academics have in common is an aversion to simplicity,” White says.

“There’s a perception that if you make it simple it can’t be clever; that is 100 per cent wrong. It’s often just laziness; it is harder to make something simple.

“If (as an academic) you produce very opaque work, that is fine if that’s what you want to do. But, don’t expect it to have any impact on policy and don’t blame the policymakers when you don’t.” 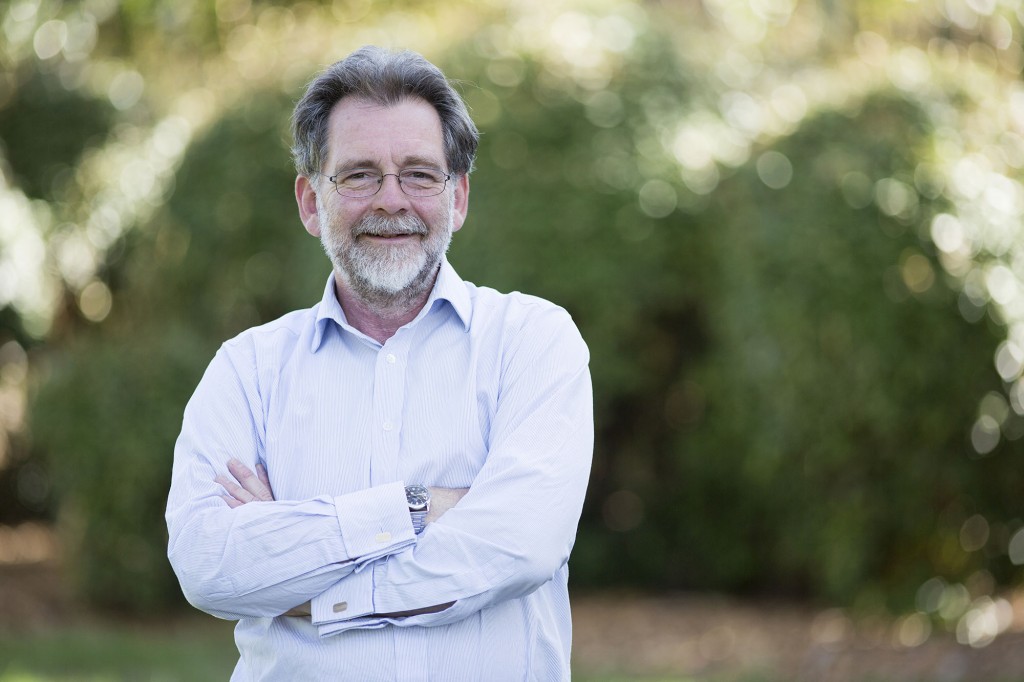 “I’m not a public service generalist. Strategy policy is what I do. It’s a very compact career, always working on the same sort of issues,” he says.

“As a policymaker I always worked in an environment in which academia played a big role in informing debate, particularly the work of people like my Strategic and Defence Studies colleagues professors Paul Dibb and Des Ball.

While tradecraft – having the skills and networks to get your policy through government and implemented – is important, White argues that is only half the story.

“Policy-making is promiscuous – you take ideas from anywhere,” White says.

“Government is full of people who have excellent tradecraft but just don’t have any ideas.

“What follows from the ideas work is good strong policy. It should be one and the same thing; you need rigorous argument, carefully drafted consistent foundations.”

White attributes part of his academic and policy-making success to his former trade – journalism.

“Working in journalism made a huge difference to my career in government. It teaches you how to write, to structure your ideas, how public issues work, how to distil and process issues.

“Government is just like any other business, juggling two different things: running the business day-to-day and building future business. It’s like a petrol station: there’s the day to-day business and then the forward planning questions like do I put in a coffee machine? Do I stay with BP or go to Shell?

“The day-to-day you can do with your eyes closed, but the rest is absolutely the ideas business.

“To be good in the public service you’ve got to be conscious of what you are bringing to the table – what is your professional expertise? What is the intellectual property you own, what are you actually there to contribute?”

White, who worked in the public service for almost 20 years from 1980, became the first Director of the Australian Strategic Policy Institute in 2001, leaving Defence for a fresh challenge.

“I had the good fortune in government that I had a chance to do the things I most wanted to do,” White says.

“Being a ministerial staff member for former defence minister Kim Beazley [from 1984 – 1990] gave me the chance to observe the policy process at the highest level for a remarkable minister.

“The role of Deputy Secretary for Strategy and Intelligence (from 1995 – 2000) was everything I was interested in. It was a terrific opportunity to do a lot of things that I wanted to do. I had a role in the dealing with the East Timor crisis – which was, and remains, the most important strategic crisis Australia has had since Vietnam.”

White also had a pretty big role in the 2000 Defence white paper – something which he says he made as plain and simple as he could.

“In making ideas as clear and simple as you can, there is very little you have to conceal. I did the first draft and then went back to think about: what can’t I say. The answer was very little changed.”

Looking back, White says the key to his successful career was to take opportunities as they arose and to look for roles you would enjoy.

“I’m a great advocate of non-planned careers. I’ve never taken a job because it would be ‘good’ for my career,” he says.

“My father gave me this advice: if in doubt, move closer to where the bigger decisions are being made.”

This piece was first published in Asia and the Pacific Policy Society’s magazine, Advance in June 2014: https://crawford.anu.edu.au/research/advance-magazine