Is it time for the West to face the North’s nuclear reality?

US and South Korean foreign policy needs to catch up with the increasingly likely reality that North Korea has already crossed a nuclear weapons state threshold, writes Se Young Jang.

A series of nuclear and missile tests conducted by North Korea over the last decade has escalated military tensions on the Korean Peninsula and become a major source of concern for the international community.

In response to Pyongyang’s fourth nuclear test in January 2016, the United Nations adopted tougher sanctions on the hermit kingdom – UN Security Council Resolution 2270. However, the effectiveness of those sanctions to check North Korea’s nuclear ambitions is still in question, and there is currently no sign of Pyongyang abandoning its nuclear aspirations. It seems that the North has already breached the nuclear threshold, but the policy approaches of both South Korea and the United States are yet to catch up to this fact.

If anything, the perception gap between Pyongyang and Seoul/Washington on North Korea’s nuclear status is becoming wider. While North Korea has increased its nuclear stockpiles in recent years, South Korea and the United States have remained inflexible in dealing with a nuclear-capable Pyongyang, sticking to verifiable denuclearisation measures as a precondition for any official talks. The two countries’ intransigent position does not help them make any meaningful progress on resolving the DPRK nuclear issues.

Despite a series of international sanctions against North Korea, the Kim Jong-un regime is moving in the opposite direction, away from what the sanctions were supposed to achieve.

According to the International Atomic Energy Agency, North Korea is likely to have resumed its nuclear activities including reprocessing spent fuel at the Yongbyun reactor. Moreover, the Institute for Science and International Security has recently reported that North Korea could have approximately 13-21 nuclear weapons as of June 2016 by adding six or more to its stockpiles since the end of 2014.

Lately, North Korea appears to be following the path that other nuclear-armed states have already taken. Last month, at the Workers Party’s first congress in more than 35 years, Kim declared his country to be “a responsible nuclear weapons state” saying that the DPRK “will not use a nuclear weapon unless its sovereignty is encroached upon by any aggressive hostile forces with nukes.” He also added the DPRK would “faithfully fulfill its obligation for non-proliferation and strive for the global denuclearization.”

These statements sound fairly similar to what current nuclear weapons states say to justify their nuclear stockpiles. For instance, Pyongyang’s stance on not firing nukes unless threatened is similar to China’s “no-first-use” policy of nuclear weapons.

This emphasis on global denuclearisation can also be interpreted as a sign that the DPRK will not relinquish its nuclear arsenal unless other nuclear weapons states do so first, which is the familiar rhetoric of the states that have impeded global nuclear disarmament for many years. Regardless of how much progress Pyongyang has actually made on developing its nuclear capability, Kim’s statements show that North Korea wants to behave like, and be treated as, a de facto nuclear weapons state such as Israel, India, and Pakistan. 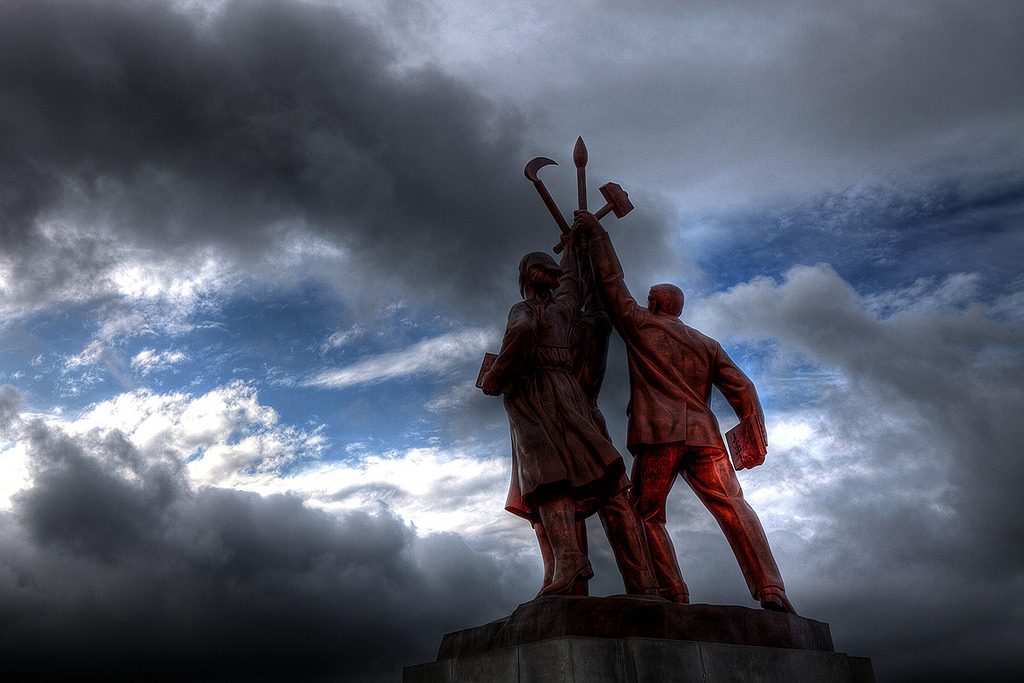 For their part, South Korea and the United States do not officially acknowledge the North as a de facto nuclear weapons state. While the Six Party Talks, the only multilateral effort devoted to the denuclearisation of the peninsula, remain in a deadlock, there is no official dialogue in progress between the two sides. Barack Obama’s “strategic patience” policy toward North Korea has failed to produce any fruitful outcomes so far. And, the ROK government’s “an eye for an eye” attitudes toward the North culminated in the shutting down of the Kaesong Industrial Complex, the only joint inter-Korean economic project, in February this year. As a result, the relationship with Pyongyang has been deteriorating further ever since. This confrontation is useful neither for dissuading the North from advancing its nuclear capability, nor for engaging them to restart negotiations. Undoubtedly North Korea should shoulder the lion’s share of the blame here, but South Korea and the United States are not being particularly constructive or innovative in their approach.

The Obama administration successfully negotiated with Iran to prevent the latter from becoming a new member of the nuclear club, at least for the time being. But, North Korea is not Iran. Having produced sufficient fissile materials to make nuclear weapons, then conducting several nuclear tests and numerous missile launches, Pyongyang appears to have already crossed a nuclear threshold. The United States and South Korea should have implemented stronger coercive measures against Pyongyang or otherwise sought appeasement much earlier if the two countries had really intended to stop the North from going nuclear.

Given the very dim prospects for the denuclearisation of the peninsula in the near term, Seoul and Washington should adopt a new approach focusing on how to live with a nuclear North Korea.

Efforts to prevent vertical and horizontal proliferation of the DPRK’s nuclear materials and technology can be a first step toward a long-term denuclearisation of the Korean Peninsula. As diplomacy is a reciprocal process, listening to some of North Korea’s demands, including a peace treaty, will be inevitably required if Seoul and Washington are willing to seek a diplomatic, not military, solution.

Se Young Jang is a nonresident scholar in the Nuclear Policy Program at the Carnegie Endowment for International Peace.