Australia has the resources and clout to push for major change in the region, including issues as divisive as the death penalty. The real challenge, writes Andrew Carr, is whether the country has the ideas, arguments and resilience to see it through.

Australia’s efforts to stop the use of the death penalty in the Bali nine case have been too little and too late. But this doesn’t mean we are powerless to shape our region.

The story of Australia’s engagement with Asia is usually a narrative about how Australia has to change in order to fit in.

Yet, in three key areas – non-proliferation, trade liberalisation and asylum seekers – Australia has had a significant impact on the attitudes and values of the Asia-Pacific.

There are common elements to all three of these campaigns for change by Australia, and they carry important lessons if we want to see our nation help end the use of the death penalty in Asia or build better security or economic networks.

As I outline in my new book, Winning the Peace: Australia’s campaign to change the Asia-Pacific, successful Australian campaigns for influence have relied on four factors.

We need a good argument, a platform from which to speak, a strategy of how to build support, and resilience and endurance along the way. 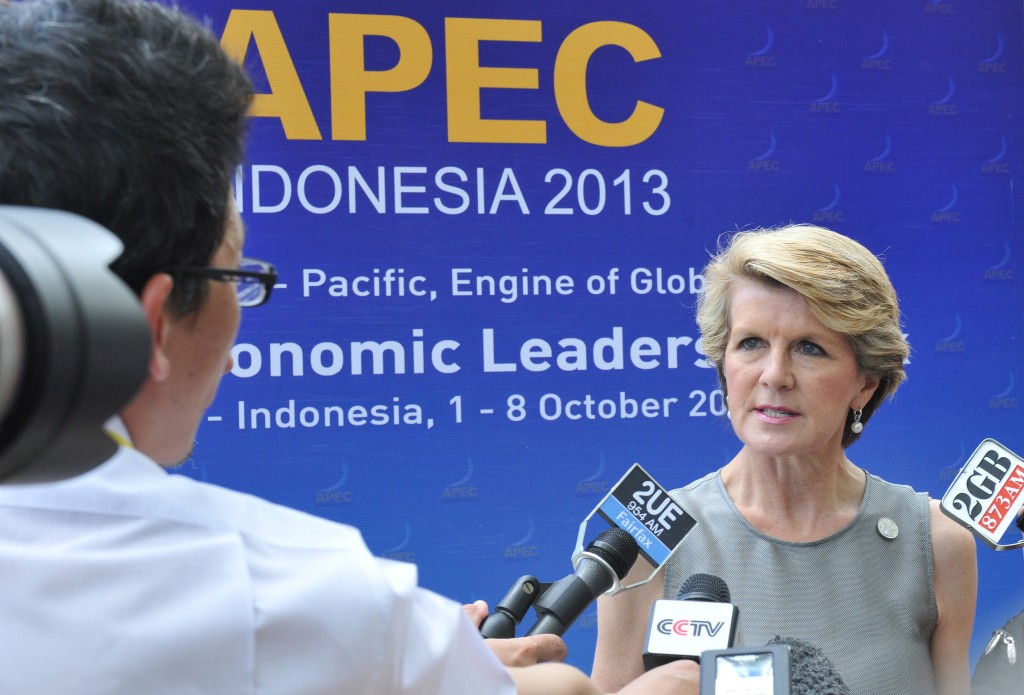 It might be too late to help those currently on death row, but if Australians and their political leaders truly do ‘stand’ against the use of the death penalty we could save many more long term.

The first challenge is finding a frame or argument for why our region should end this practice. It can’t just be based on our moral revulsion but a serious effort to persuade the region on their own terms. Point to evidence that the death penalty doesn’t deter or reduce drug usage or smuggling.

We also need a way to communicate that message. In the past we’ve appointed specific-issue ambassadors on non-proliferation and irregular migration to lead our efforts and this could be done again. We’d also need to reverse the long-term decline of the Department of Foreign Affairs and Trade and spend more building deep and abiding links in our region.

Third, while each state ultimately decides its own policy, we can help the process along by getting the support of influential regional partners. Indonesia has often been a gatekeeper for Australian ideas, helping them get a fair hearing. Japan and the United States have also played important roles helping build support for Australian initiatives.

Is there a major partner like Japan who could help us? Or can we build a coalition grouping as we did on agricultural trade in the 1980s to show strength in numbers?

Finally, we need to commit for the long haul. This has to be a campaign supported by both sides of politics over not just years but potentially decades.

Far more than our past campaigns on issues like trade or non-proliferation, finding a way to end the death penalty in Asia will create controversy. It will look like a Western country pushing its values on the region.

It will require us to confront not just hostile regimes like Myanmar but friends such as Singapore and Indonesia. For consistency’s sake, we’d have to make a serious attempt to persuade the United States as well.

That’s a long list to check off, but we’ve done it before. For a middle power country, Australia has had an outsized role in changing ideas about what the right policy settings are in our region.

Perhaps the death penalty is too hard, or not worth the devotion of our national assets. There are many other pressing issues we could think about.

Maritime rules of the sea are perhaps the vital security issue in our region and as a nation dependent on trade there are few more important concerns.

We might also see setting rules of engagement for cyber as a pressing issue given the growing importance of the online world and the risks it offers for creating conflict in the offline world.

Any of these campaigns could deliver serious national benefits to Australia, just as our efforts to create regional consensus on preventing non-proliferation, encouraging trade liberalisation and cooperating on irregular migration have done.

Equally, we need to recognise that Indonesia, South Korea, China and others now have the potential to push their values and norms as standard for the region. No longer can we be confident America’s values will remain widely held.

The Asian century will be defined by a real battle of ideas about how countries should act, at home and abroad. To ensure our ideas succeed, we need to learn the lessons our past successes can teach us.

We might have found our cause too late to save the Bali nine. But if putting an end to the death penalty is a serious concern, we don’t have to see ourselves as powerless.

Australia today certainly has the resources to push for major regional change. The real challenge is whether we have the ideas, arguments and resilience to see it through.

Launched at Parliament House Wednesday, Winning the Peace: Australia’s campaign to change the Asia-Pacific is available from Melbourne University Press. This piece was also published by the ANU College of Asia and the Pacific.

Dr Andrew Carr is a Senior Lecturer in the Strategic and Defence Studies Centre at The Australian National University. His research focuses on strategy, middle powers and Australian defence policy.