Managing money in the Pacific

Development, Economics and finance, Government and governance | The Pacific

Much attention is currently being paid to public financial management in Pacific island countries. Improving systems for raising tax revenues, allocating resources between ministries and sectors, and achieving value for money through public expenditure is a stated priority of governments and donors across the region. Most Pacific Island governments now have some kind of public financial management (PFM) reform process in place to achieve such improvements, and these reform processes are generally enthusiastically supported by donors, who increasingly make use of country financial management systems in delivering aid.

But PFM reform is an arcane field, in which there is surprisingly little agreement as to appropriate models and relative priorities for reform efforts.  While Pacific island countries are often considered to have “weak” PFM systems, there is little analysis of how these countries’ PFM systems differ from those in other developing countries. Few explanations for weakness in Pacific island countries’ PFM systems have been presented beyond the usual vague appeals to “culture” or “governance”.

In our recently published research, we used PEFA assessment scores (a standardised international scorecard for measuring the quality of various aspects of PFM systems) to empirically examine patterns in the PFM performance of Pacific island countries, and examined the performance of these countries relative to other countries of similar income, to identify causes for the apparent weaker performance of those in the Pacific.

Population impacts on PFM performance of small countries through the imposition of capacity constraints. The weaker PFM performance of smaller countries is driven by problems undertaking PFM functions that require specialised skills (including, for example, audit and procurement). Small countries, with smaller public services (in absolute terms) find it harder to recruit and retain people with appropriate specialised skills. These capacity constraints are avoided by countries that have populations adequate to provide a critical mass of required skills and resources to the public sector. The lag in performance from capacity constraints associated with smallness seem to outweigh any potential benefits of smallness, such as a smaller number of administrative units, less spending through sub-national governments, or easier communication.

The primary lesson from this is that the scope and ambition of PFM reform programs needs to be appropriately calibrated to the context of small Pacific island countries. These countries face fundamental disadvantages to implementing standard PFM systems because of inherent skill gaps. It is therefore unrealistic to expect the successful implementation of PFM systems employed in much larger countries at similar levels of income. 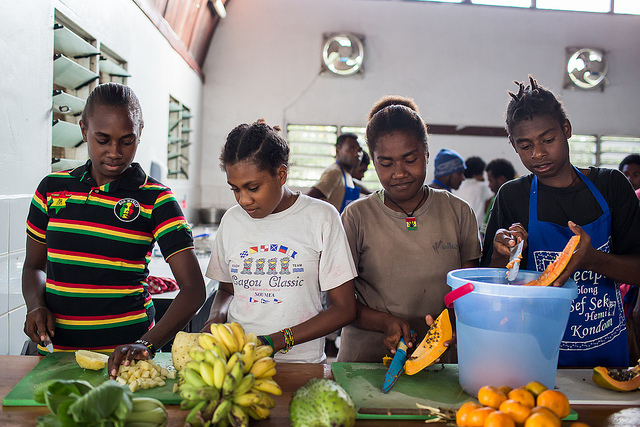 So what does all this mean for governments and donors involved in PFM reforms?

Firstly, they need to ensure that scarce capacity is targeted to areas with highest return. If a country has, and is likely to continue to have, only a small pool of qualified accountants, lawyers, IT specialists, or individuals experienced in financial planning, then it is important that these individuals are used in areas where they can have the greatest impact, and sufficiently concentrated in these areas to achieve results. PFM reform efforts should therefore be targeted towards weaknesses in PFM systems that are exerting the greatest constraint on the achievement of broader development objectives.

Finally, they need to recognise the likely ongoing nature of capacity constraints and need for capacity supplementation. Small Pacific island countries lag other countries in PFM areas that require specialist capacities. These capacities are not easily built or retained. Options may need to be considered for accessing international capacity on a continuing basis, if capacity constraints to achieving a priority policy objective in public financial management are unlikely to be surmountable with local resources alone. While some capacities can undoubtedly be developed locally, others are likely to need to be ‘imported’ on a continuous basis over the long term.

Overall, the small absolute size of Pacific island country public sectors is an important contextual factor that should be taken into account when designing public financial management reforms. With limited capacity, it is important that such reforms are carefully prioritised towards addressing binding constraints to service delivery or macroeconomic performance. Development partners should consider the balance between technical assistance support to central and line agencies, and the full range of options available to fill capacity gaps, including continuous provision of technical assistance.

This piece is based on an article by the authors in Asia & the Pacific Policy Studies, ‘Capacity constraints and public financial management in small Pacific Island countries‘.

Tobias Haque is an Economist with the World Bank. Based in Washington DC he works on public finance, debt management, and economic policy issues.

David Knight is an economist with the World Bank based in Sydney, working on economic and fiscal policy issues in the Pacific developing island states.

Dinuk Jayasuriya is an Adjunct at The Australian National University and Research Director at Red Elephant.