Politicians should respect the outcome of a robust policy process that gave Commonwealth approval for the Shenhua mine – even if they don’t like the result, writes James Horne.

The impact of new coal mines on water resources and agricultural land is an election issue, at least in the electorate of New England. The seat is a hot spot for the campaign with the incumbent member, who also happens to be the Deputy Prime Minister and Minister for Agriculture, Barnaby Joyce, fighting to retain it against a challenge from the previous member, Tony Windsor. In the heat of this electoral battle, what can one make of the political claims and counterclaims, and the policy issues that sit alongside them?

Mr Windsor, running as an independent candidate, made a name for himself when, among other things, he used his influence in the hung parliament resulting from the 2010 federal election to have water resources incorporated into the Environment Protection and Biodiversity Conservation Act (EPBC Act) as a matter of national importance. He was instrumental in having the Independent Expert Scientific Committee on Coal Seam Gas and Large Coal Mining Development (IESC) established to provide advice formally to government on the impact of new coal and coal seam gas  (CSG) proposals on water resources.

As a result of these legislative and institutional developments, the federal Minister responsible for approving large coal and CSG projects under the EPBC Act – Greg Hunt – now routinely takes risks to water resources into account when approving or knocking back projects. Advice incorporating better quality, independent science involving risk assessment is now embedded in the decision making process, and this is being reflected in the conditionality around approvals for new projects.

In 2015, much to the chagrin of both Windsor and Joyce, informed by IESC advice, Hunt approved the large Shenhua Watermark project from an EPBC Act perspective, subject to 18 stringent conditions. Now the project is only waiting on Shenhua applying for a state-based mining lease and the NSW government agreeing to it, as well as satisfactory market conditions to embark on developing the mine.

Hunt’s decision in relation to the mine’s impact on water was well founded. From the evidence available – recognising there are always risks to be managed – the mine’s likely impact on the nearby Upper Namoi Alluvial groundwater system would be very small, with EPBC conditionality limiting water use to 0.09 per cent of water available for extraction, and the company being required to purchase water licences to extract this water. Moreover, if the assumptions presented by the mine project proponents in relation to issues such as connectivity between the mine site and the regional groundwater system are not validated in further work required under the approvals decision, there will be implications for how the mine can proceed. 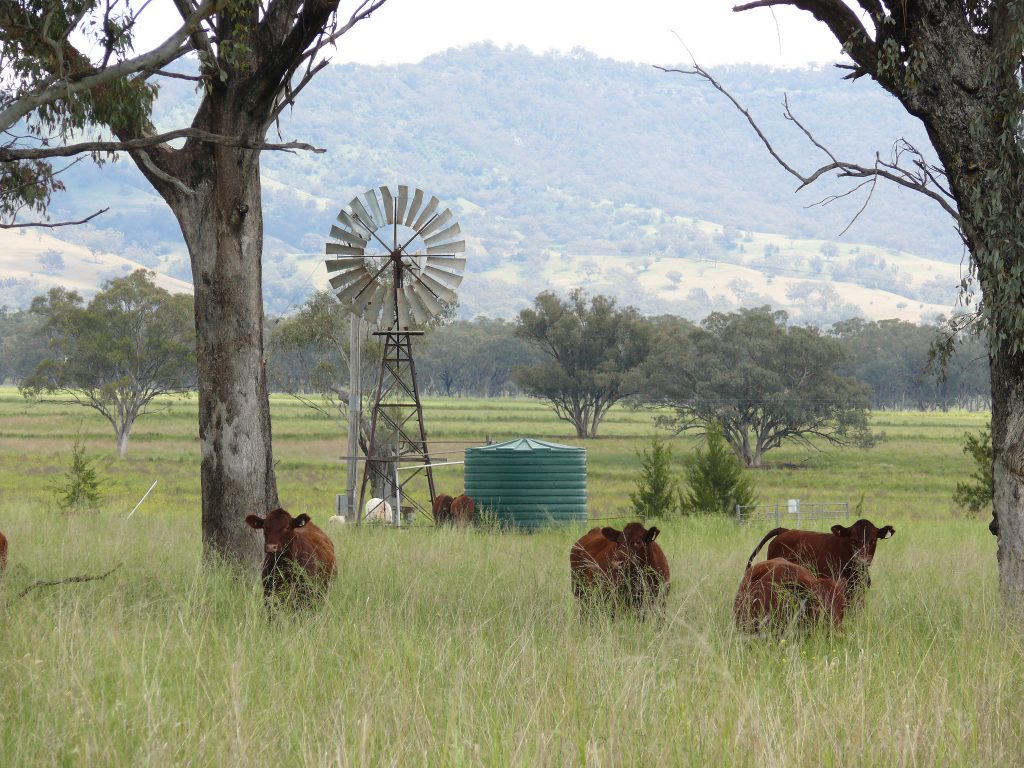 What we seem to have is that neither Windsor nor Joyce agrees the decision of the umpires (both state and federal), with Windsor claiming Joyce should have done more. Just how or why is not at all clear. Joyce has stated he does not agree with the decision, but as a member of the government, he is committed to uphold it.

Windsor continues to argue that from a land use perspective, use as ‘prime agricultural land’ should be given preference over mining.

NSW has a policy that seeks to preserve prime agricultural land (called Biophysical Strategic Agricultural Land), and the Watermark project is consistent with that, affecting only 96 hectares of such land. It could be argued that this policy is too tight or not tight enough, according to your views on criteria for prioritising land use. Certainly state governments have not applied these criteria universally to stop the expansion of cities, which have eaten up market gardens around our urban areas for decades, but agricultural output has still expanded, and prices for agricultural produce kept low. We all have views about the encroachment of mines on our towns and cities, and policies have been developed to manage these conflicts, although these are rarely to the satisfaction of everyone. Just to make the point, in the case of Whitehaven’s Werris mine (Windsor sold his rural property to Whitehaven, reportedly for a substantial sum), the suggestion by Windsor is that this is not prime agricultural land, so establishing a mine is OK.

Views of individuals about the worth of the Watermark site for agricultural purposes, and its potential impact on the groundwater resources of the Liverpool Plains, are not the central point. What we should be more concerned about is ensuring policy positions are based on clear criteria, and within a transparent governance framework. Having independent experts implement those positions is one approach. Having a responsible Minister is another approach. The worst approach is having a system that is overtly influenced on a case-by-case basis depending on who the players are, and the ability of individuals to affect outcomes.

The system we have seems to be working well in what is a very difficult area. The local residents, Joyce and Windsor are entitled to express their views, but beyond that we should stick to a transparent and consistent approach to decision-making that is informed by evidence and that relegates back room deals to the history books.

James Horne is Principal of James Horne and Associates and a Visiting Fellow at The Australian National University.