India has set ambitious renewable energy targets, but are they achievable?

The future choices India makes in the energy sector will shape the global supply-and-demand balance for decades to come, writes Riju Agrawal

Dependence on expensive imports of coal, natural gas, and oil has sparked a desire to diversify India’s energy supply portfolio and enhance energy security, reliability, and affordability. As climate and energy issues have gained momentum, most of the globe is now supportive of India’s success in this effort, and is also waiting to see signs of progress. The choices India makes in regards to its energy sector will shape the global energy supply-and-demand balance for many decades to come.

Ahead of December’s climate change summit in Paris, India submitted a plan to the UN’s climate office that takes the previous targets further. It is now aiming to produce 40 per cent of its installed electricity capacity by 2030 from non-fossil fuels, outstripping China’s 20 per cent and the United States’ 30 per cent targets, and making an installed renewable capacity base of approximately 350 GW necessary.

However, the government has not committed to any reductions in carbon emissions, reiterating its stance that poverty alleviation is paramount and it does not want to risk hampering economic growth. As a result, India’s state-owned coal company, Coal India, which accounts for 80 per cent of total Indian coal production, plans to double output over the next five years. The government did agree, however, to a reduction in carbon intensity of approximately 35 per cent over 2005 levels by 2030.

In the wake of the February targets announcement, the prime minister’s efforts to spur the sector have attracted the attention of capital providers, governments, and industry participants. In February, 200 companies made proposals at the RE-Invest 2015 summit to install 266 GW of new renewable energy capacity, far exceeding the ambitious 175 GW target.

In addition, Prime Minister Modi continues to garner international support for India’s renewable energy industry through his active international diplomacy. Several energy-related memorandums of understanding (MOUs) have been signed with countries including China, France, and Mongolia, which aim to catalyse the sharing of technical expertise and knowledge. Most recently, after discussions between Prime Minister Modi and Chancellor Merkel, Germany committed a package of US$2.25 billion towards renewable energy (especially solar) development in India as part of a larger initiative to establish a ‘Climate and Renewable Alliance’ between the two countries. 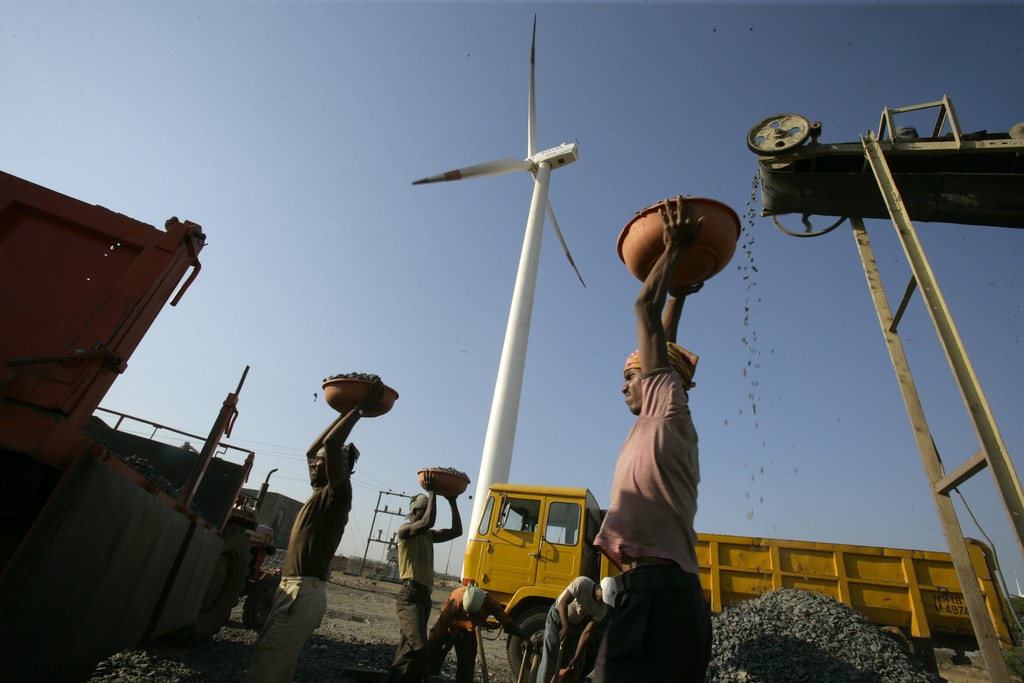 In the wake of the recent submission to the UN climate office, it is expected that India will have more clout during negotiations in Paris. The international diplomacy and MOUs, additionally, will also help attract much-needed international talent and technical expertise. Transfer of technology, especially if unencumbered by local content requirements, will allow the Indian renewable energy sector to leapfrog the growing pains that sectors in other countries have had to face. Most importantly, the ambitious targets have sparked a flurry of interest and activity that should help drive down development risk and financing costs for new renewable energy projects.

However, many have raised questions about the attainability of India’s ambitious goals. For example, with less than 4 GW of installed solar capacity today (compared to 33 GW in China and 20 GW in the United States), India would be required to add almost 14 GW of new capacity per year to meet the solar target by 2022, which would require total investment to the tune of US$120 billion. By comparison, India has been adding only 1.0 – 1.5 GW of new solar generation capacity annually, while growth in wind generation capacity has actually decelerated in recent years due to uncertainty in the tax and subsidy regime.

Systemic shortcomings in India’s energy ecosystem suggest this rate of growth will be impossible to achieve, let alone sustain for several consecutive years. For one, implementation and enforcement of the targets is incumbent upon individual states, and those whose distribution companies have weak balance sheets will be conflicted in trying to enforce mandates they can’t realistically finance.

Furthermore, lagging investment in transmission and distribution infrastructure will bottleneck renewable capacity additions and weaken reliability of the already fragile electricity supply as intermittent renewables are integrated. For every dollar that is invested in generation capacity in India, only 40 cents is invested in transmission and grid infrastructure, resulting in insufficient takeaway capacity in several regions. Long-awaited transmission projects have been delayed and re-budgeted several times at multiples of the original estimated cost.

Land acquisition continues to be a critical issue as well. To streamline the process, the government introduced the concept of “solar parks”, whereby it would set aside land for solar installations as well as build the required transmission infrastructure. However, this has been stymied by the government’s inability to identify and procure suitable land. 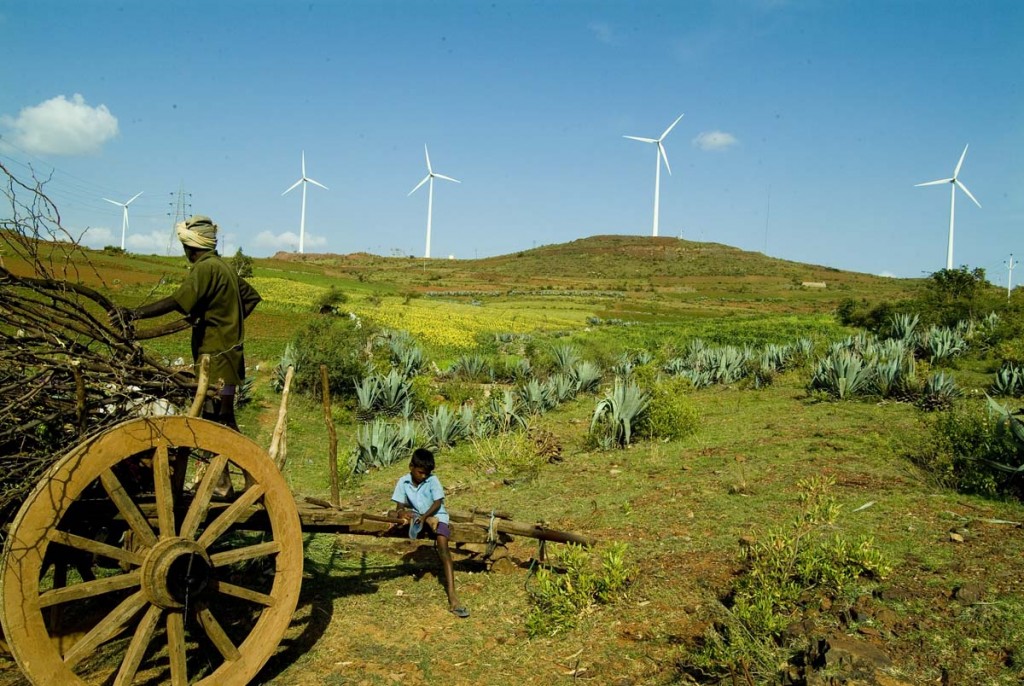 In addition, company and project specific issues will have to be ironed out to accelerate development. For power producers, the risk from having financially distressed state-owned distribution companies raises the risk profile of projects, which in turn raises the cost of financing. Furthermore, the absence of dollar-denominated power purchase agreements makes it challenging for international companies who are wary of taking foreign exchange risks, especially given the recent appreciation of the dollar.

The good news is that cost parity with fossil fuel power generation, especially for solar, is in sight. Tariffs for solar have dropped approximately 60 per cent over the last four years, and have the potential to drop further as costs fall. Cost parity is enhanced by India’s use of expensive imported coal, which has increased 19 per cent annually for the past four years, and expensive imported natural gas (LNG). A report by Deutsche Bank suggests that the introduction of solar in India has the potential to reduce coal demand by 8 per cent by 2020, reduce the overall price of power, and drive savings of US$17 billion per year.

Renewable energy projects are continuing to make headway from a commercial perspective as well. According to companies like Renew Power, returns on renewable energy projects have exceeded 20 per cent, with further room for improvement via reductions in cost of capital, reductions in the cost of components (e.g. solar modules), and efficiencies in balance-of-system costs / design. Renew Power is forecasting go-forward cost reductions of 3-5 per cent on an annual basis, which will help maintain healthy returns in a sector that is getting more crowded with the entrance of new competitors.

As a result, despite the myriad challenges and unrealistically aggressive national targets, the future of renewable energy in India seems to be bright. Good resource potential (especially solar irradiation), a favourable policy environment which is expected to improve further, and continued power demand growth driven by robust economic growth suggests that renewable energy resources are logical answers to India’s energy woes.

Riju Agrawal is a senior analyst on the Energy Private Equity team at The Blackstone Group.