Upcoming election offers hope for change, but whoever wins will have to confront long-standing and serious challenges

From rising anti-Muslim sentiment, to a delicate ceasefire with the country’s armed groups, and a nation mired in poverty, Myanmar faces some difficult times ahead, even if Aung San Suu Kyi’s party wins at the upcoming election, Monique Skidmore writes.

Myanmar’s upcoming election – if it goes ahead – will be the third election in 25 years. After the landslide win of the National League for Democracy (NLD) at the last elections in 1990, the Burmese Generals decided they were over the unpredictable nature of election results and imposed martial law, jailed NLD leader Aung San Suu Kyi and enjoyed the spoils of the nation’s riches amongst a small military elite. The generals oversaw mass human rights violations and ruled through fear and the strategic use of political violence.

But all military regimes have use-by dates and by the end of the first decade of this century the regime was an ideologically barren, morally and financially bankrupt group of ageing warmongers and intelligence apparatchiks.

The online age had dawned and no amount of iron-fisted or sophisticated propaganda and censorship machinery could stem the insidious and viral nature of information leakage via the Internet, cell phones and social media.

The unholy alliances with drug lords and the self-serving nature of the Generals, their children and their Chinese and Singaporean business partners had not created the land of riches that the Generals had promised would come with a ‘united’ and strong Myanmar. Instead neighbours like China had lifted a half billion people out of poverty, sucking up many of Burma’s natural resources at the same time. Foreign direct investment did not trickle down and Myanmar’s optimism in the mid-1990s turned to rage as a new generation of Burmese and their monks took to the streets to protest military rule and economic conditions.

The civil war that had engulfed Myanmar since Independence led to a tide of never-to-be-redressed mass human rights violations and war crimes on all sides created generations of physically and psychologically disabled war veterans, child soldiers and internally displaced persons.

The ceasefire agreements that President Thein Sein initiated in 2011 thus marked a historical juncture and the decrease in the overall level of political violence from the proceeding decades allowed Burmese of all ethnicities to hope for an end to fear, repression and grinding civil war.

Last week eight of fifteen armed groups signed a ‘national’ ceasefire agreement amid threats that they wouldn’t be able to vote in the upcoming November 8 national election should they refuse to sign. Importantly, groups such as the Kachin Independence Army, the Kokang and the United Wa State Party (IWSA), groups geographically proximal to China and the best transport and infrastructure links, refused to sign. A conservative estimate then would put at least 50,000 armed combatants still at war with the central government. 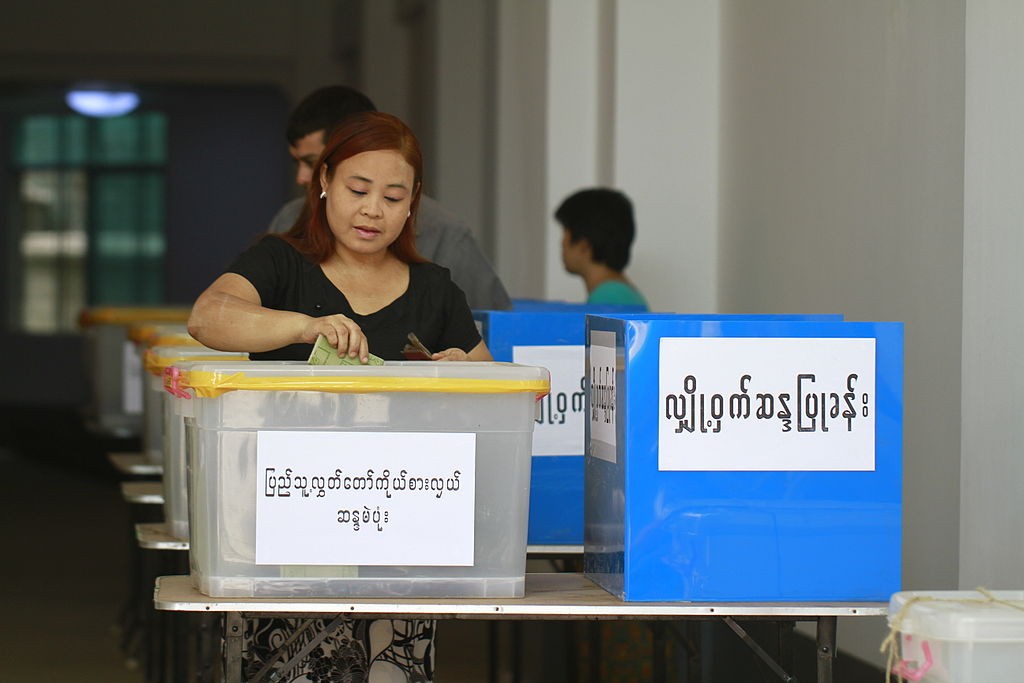 The ceasefire agreements are light on specific details except when it comes to wanting the whole country reimagined in the Federal model that was first mooted during the quest for Independence more than seven decades ago. The groups that have signed up can now take part in the political process within the country but voting for the national election will not take place in rebel-held areas and conflict zones.

Citing the flooding that is not uncommon during the monsoon season, the government suggested it would postpone the election. Aung San Suu Kyi, was having none of it and the government relented. The desire to sign the ceasefire agreements, the proposal to delay the election, the recent purge of the government’s party and the removal of its leader, Thura Shwe Mann, and the continuing arrest of journalists and activists show the fear that the government has of losing control of the country next month.

Aung San Suu Kyi is ramping up the pressure, calling upon the Burmese to show real bravery at election time. In a speech that must have horrified the old guard, she said that even though she cannot legally be the ruler of the country under rules made to prevent this very eventuality, she intends to rule by proxy, ‘behind the scenes’ when and if, as anticipated, the NLD win the great majority of seats in the election as they did in elections 25 years ago.

Democracy is at a critical juncture but regardless of the election outcome, rising anti-Muslim sentiment and laws, civil wars and flows of wounded and displaced persons and a country mired in poverty are just some of the serious issues that will confront the next generation of Myanmar’s leaders.

Professor Monique Skidmore is Deputy Vice-Chancellor and Vice-President International at The University of Queensland and is a medical and political anthropologist and an internationally renowned scholar of Burma (Myanmar).